Almost 60 percent of those polled think a significant overhaul of police departments is needed. 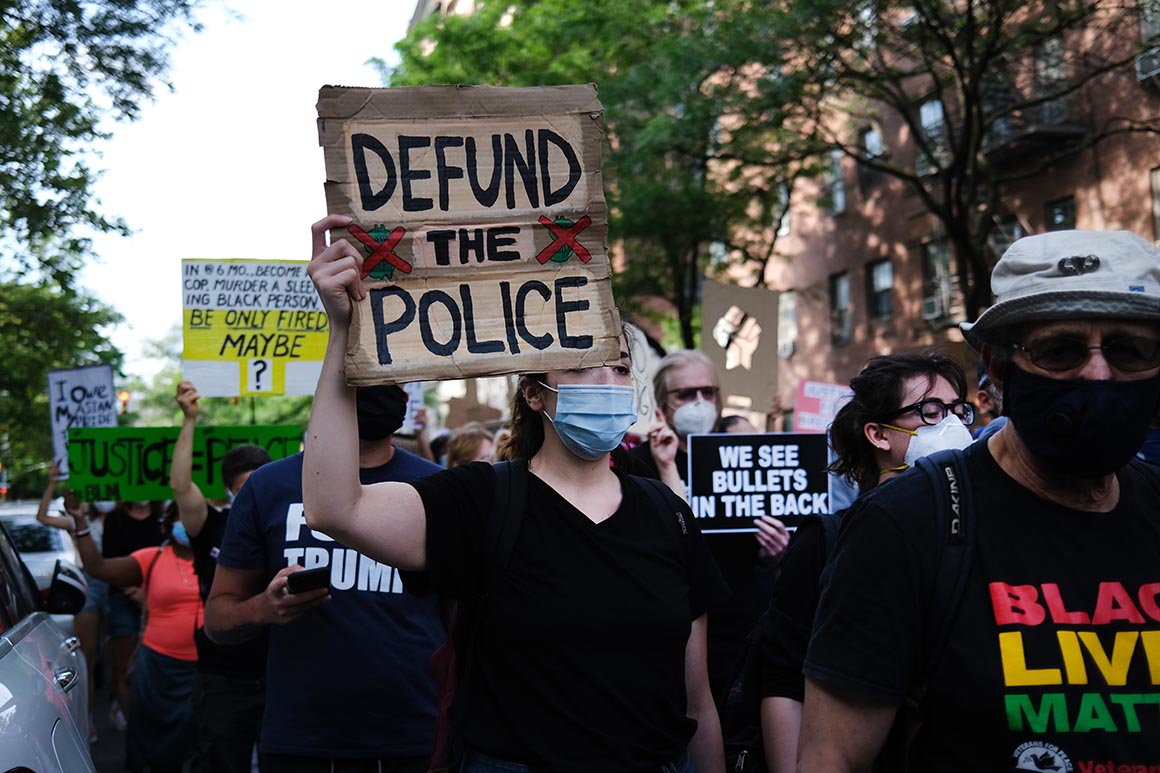 Most voters believe police departments need to be seriously overhauled but don’t back the “Defund the Police” movement, according to a new POLITICO/Morning Consult poll conducted after weeks of protests against racial injustice and police brutality.

In the poll, conducted Friday through Sunday, a combined 59 percent say police departments across the country need either a complete overhaul (22 percent) or major reforms (37 percent). Just over 1-in-4, 27 percent, say police departments need a minor overhaul, and only 5 percent think they don’t need any reforms at all.

But that support does not extend to the slogan “Defund the Police,” which some activists say is about reforming law enforcement as much or more than actually making sizable budget cuts. By a nearly 2-to-1 margin, more voters oppose the movement to “Defund the Police” (57 percent) than support it (29 percent). More than 4-in-10, 43 percent, strongly oppose the movement.

The disparity suggests the mood of the electorate three weeks after the killing of George Floyd by police in Minneapolis puts both political parties on the defensive: Republicans, including President Donald Trump, are exploring reforms to policing — while Democrats, including presumptive presidential nominee Joe Biden, are keeping the activists calling for localities to “Defund the Police” at arm’s length.

As for the “Defund the Police” movement, it garners support from 48 percent of Democrats, 11 percent of Republicans and 26 percent of independents.

Voters were evenly split on redirecting funding from law enforcement to community development programs. A split-sample experiment also found no significant difference in the results whether respondents were asked about redirecting funding in their local communities or in police departments across the country.

Also in the poll, 72 percent of voters say things in the country are now on the wrong track, the highest “wrong track” number the poll has recorded in the Trump era.

The poll shows 40 percent of voters approve of the job Trump is doing as president, essentially unchanged from 39 percent last week. A majority, 57 percent, disapprove of Trump’s job performance.

The POLITICO/Morning Consult poll surveyed 1,987 registered voters and has a margin of error of plus or minus 2 percentage points.