Nearly 6 in 10 voters give the president negative marks, according to the latest POLITICO/Morning Consult survey. 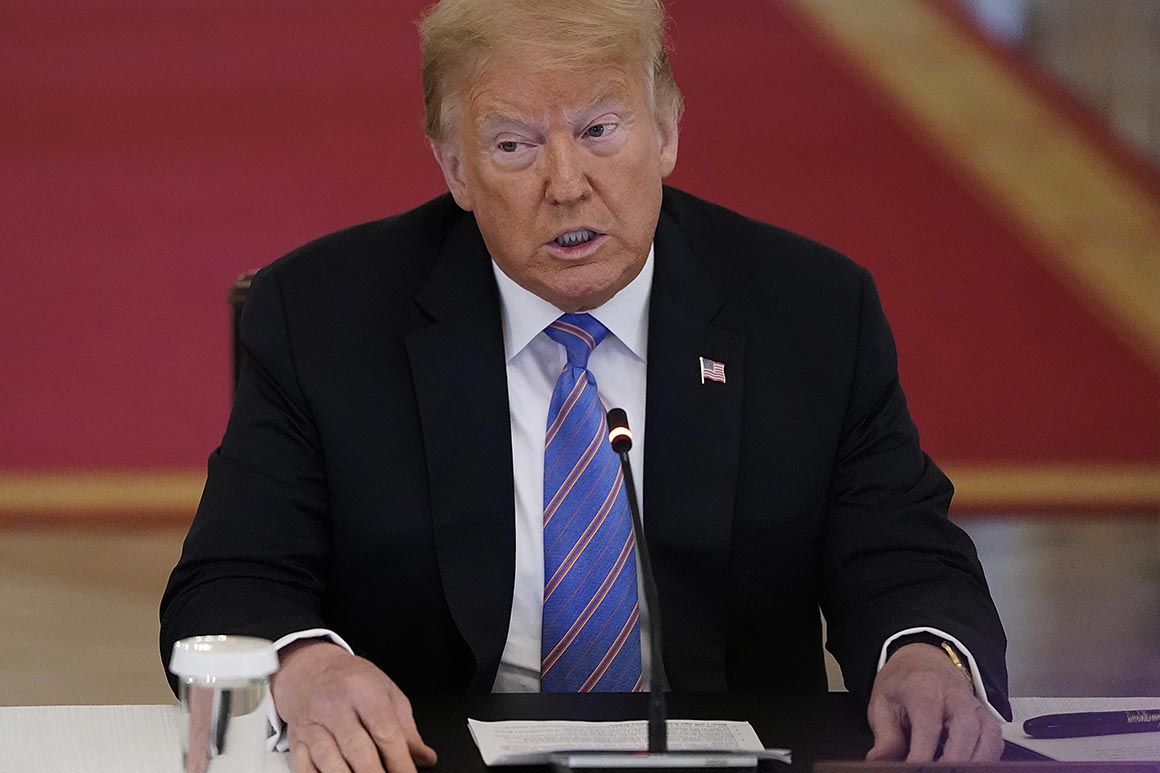 Disapproval of the job Donald Trump is doing as president is continuing to rise, with nearly 6 in 10 voters giving the president negative marks amid a new coronavirus surge throughout parts of the country, according to a new poll.

The latest POLITICO/Morning Consult survey, out Wednesday, found that Trump’s job approval sank to 39 percent, with 59 percent of voters disapproving. At the beginning of June, 41 percent of voters approved of the president’s job performance, while 55 percent disapproved.

The new, poor numbers for the president come as his chief rival for the presidency, former Vice President Joe Biden, opens up as much as a double-digit lead in some swing states in recent polling, with Election Day only four months away.

The poll found sinking voter optimism as well, with only a quarter of voters responding that the country is headed in the right direction, while 75 percent said things had “pretty seriously” gotten off on the wrong track — a record high for the Trump presidency. The 50-point gap also represents the largest gulf since Trump took office in 2017.

Voters’ decreased satisfaction with the president coincides with record-breaking numbers of new coronavirus cases in the U.S. over the past week, with more than a dozen states beginning to pause or even roll back their reopening plans in light of the surge.

After initially brushing off spikes in infections reported throughout the South and West as the result of increased testing, the Trump administration on Friday held its first coronavirus task force briefing in two months, while members of the administration have urged Americans to continue social distancing and wearing masks while in public to stem the spread of the virus.

But although state and federal leaders have expressed resistance to the kind of wide-scale shutdowns that much of the country saw in the spring, citing the potentially devastating economic effects of such sweeping measures, voter concern has been on the upswing, and solid majorities say fighting the virus should take precedence over the economy.

The poll found that 63 percent of voters want the government to address the spread of the coronavirus over the economy (29 percent) up from 58 percent who said the government should prioritize stopping the virus at the beginning of June. And more than three-quarters of voters say Americans should continue social distancing regardless of the effect on the economy, a 7-point increase since the beginning of June.

Those fears may threaten the V-shaped economic recovery Trump and his top economic advisers have loudly predicted as much of the country began to reopen, and one of the president’s best arguments for his reelection this fall.

“Consumer confidence in the country began to drop again in mid-June, most pronounced among high-income households,” said John Leer, economist for Morning Consult. “A reopened economy won’t be effective without spending from those who have more discretionary income.”

The increased demand for the government to prioritize public health over the economy is likely fueled by what the POLITICO/Morning Consult poll found is the widespread belief that the country will, in fact, be hit with a second wave of infections later this year, while voters think the first, current wave will continue to worsen.

More than 8 in 10 voters say a second wave of coronavirus is likely, a figure that includes 77 percent of Republicans.

And while a plurality of voters, 43 percent, say things are largely staying the same in their own community, a slightly smaller share — 41 percent — say the pandemic is getting worse in their state. When that lens is expanded to include the country as a whole, 61 percent say it is worsening.

The POLITICO/Morning Consult poll was conducted June 26-29 online among a national sample of 1,984 registered voters. Results from the full survey have a margin of sampling error of plus or minus 2 percentage points.