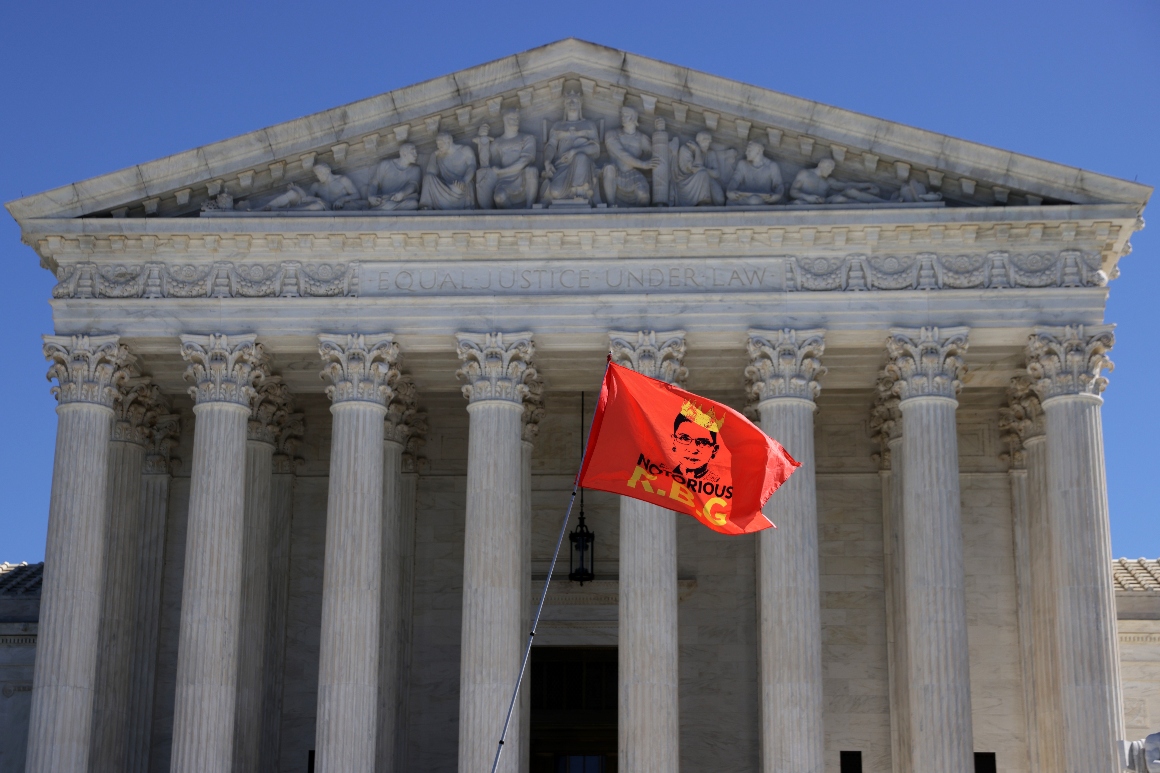 More voters think the winner of November's presidential election should appoint a new Supreme Court justice to replace the late Ruth Bader Ginsburg, with a double-digit advantage over those who say President Donald Trump should nominate someone before the election, according to a new POLITICO/Morning Consult poll conducted immediately after Ginsburg’s death last week.

The survey is the latest to demonstrate initial public opposition to naming a justice before the election. In a Reuters/Ipsos poll, 62 percent of Americans agreed that the winner of the election should be able to appoint the next justice — though, in a separate question, 46 percent said Trump should be able to appoint a justice before the end of his term. Another poll, from Rasmussen Reports — a public pollster generally more favorable to Trump and Republicans — found 51 percent of “likely voters” said Trump should leave the seat open for now and let the winner of the election fill it.

It’s a reversal from 2016, when — with far more time to go until that election — majorities generally favored Senate hearings for Merrick Garland, then-President Barack Obama's nominee to replace Justice Antonin Scalia, who died in February. Republicans, led by Senate Majority Leader Mitch McConnell, declined to schedule hearings until Trump took office and nominated Neil Gorsuch to the bench instead.

Republicans control both the White House and the Senate and say they will move quickly to replace Ginsburg, one of the most liberal justices, with a conservative. That has elevated the Supreme Court into a central campaign issue in a manner similar to the 2018 midterm elections, which were held about a month after the confirmation of Justice Brett Kavanaugh.

The GOP credits some of its red-state 2018 Senate wins, including Indiana and Missouri, to the Kavanaugh confirmation battle, which engaged Trump’s political base ahead of an election without the president's name on the ballot. Nationally, 43 percent of voters in 2018 supported the Kavanaugh nomination, while 47 percent opposed it, according to network exit polls. But voters in Indiana and Missouri who said the Kavanaugh confirmation affected their Senate vote supported Republicans against the Democratic incumbents by large margins.

But now, the voters who call the court very important to their 2020 voting choice lean Democratic. In the POLITICO/Morning Consult poll, 60 percent of Democratic voters say the high court is “very important” to their vote, ahead of Republican voters (54 percent) and independents (51 percent).

The 60 percent of Democratic voters who said the court is “very important” is up 12 points from the week before, prior to Ginsburg’s death.

“As the political fight surrounding Justice Ruth Bader Ginsburg’s replacement on the Supreme Court continues to take shape, the number of Democratic voters who say the high court is important in deciding their vote for president has surged double-digits since our survey a week ago,” said Kyle Dropp, co-founder and chief research officer at Morning Consult.

The POLITICO/Morning Consult poll was conducted Sept. 18-20, surveying 1,989 registered voters. The margin of error is plus or minus 2 percentage points.