The survey, conducted for Harvard’s Carr Center for Human Rights and Institute of Politics, found that more than 7 in 10 believe they have more in common with one another than many think. 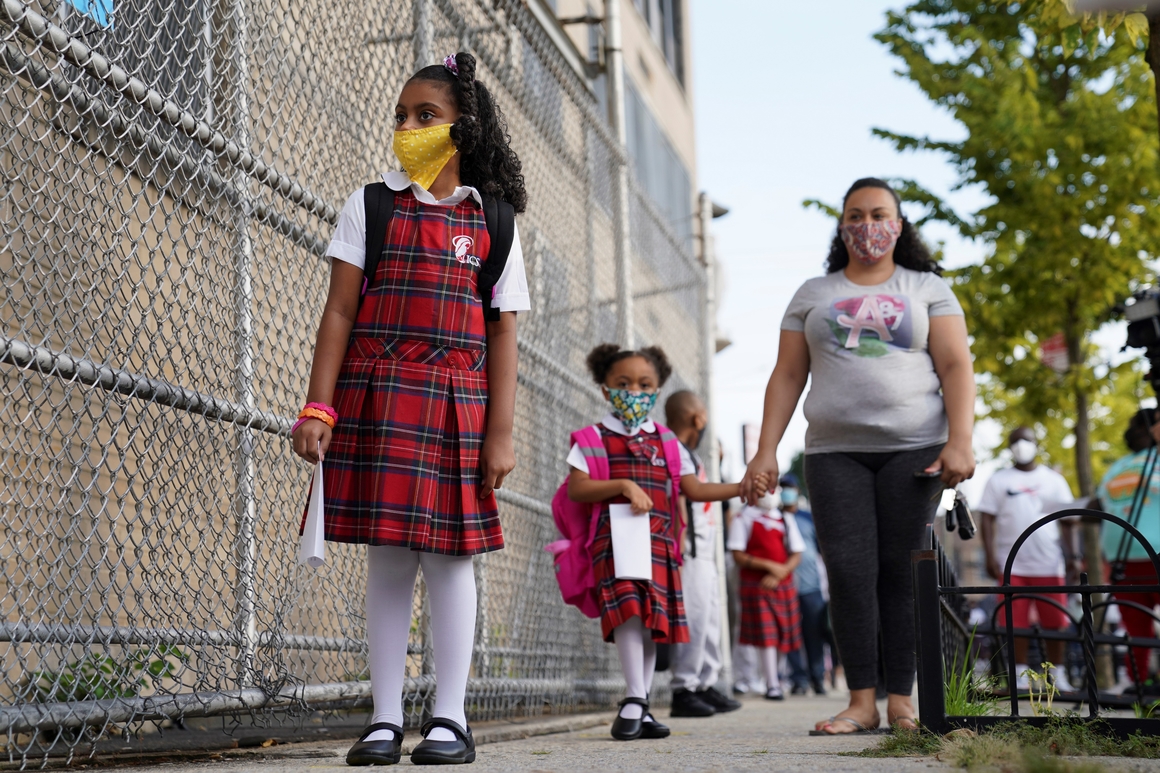 As the U.S. heads into the final, 50-day sprint of a 2020 campaign in which political polarization has hit a fever pitch, new polling out on Tuesday reveals numerous points of bipartisan consensus among the American public on the rights and values key to the country’s national identity.

Moreover, the survey — conducted for Harvard University’s Carr Center for Human Rights and Institute of Politics and obtained by POLITICO ahead of its release — found that more than 7 in 10 Americans believe they have more in common with one another than many people think.

It also found that most Americans hold an expansive view of their rights beyond those explicitly laid out in the Constitution, but which they say are under threat.

“Overall I think Americans want not to be divided as politics are forcing it to be, and that’s probably the biggest message of this poll,” said John Shattuck, director of the Carr Center’s project on Reimagining Rights and Responsibilities in the United States and a former U.S. assistant secretary of State for Democracy, Human Rights and Labor.

“Division is not what most Americans are seeking,” he added.

The findings — including that 8 in 10 Americans agree that “without our freedoms America is nothing” — could be telling in an election that features President Donald Trump and Joe Biden, the Democratic presidential nominee, battling each other to claim the mantle of uniter in chief while the country faces coinciding crises of public health and economic and racial justice.

Several of the rights and freedoms that an overwhelming bipartisan majority viewed as essential to being an American, however, go far beyond those provided directly by the Constitution, like freedom of speech and religion.

Of 16 rights and values polled, a majority considered every single one either very or somewhat important to being American today.

Even issues like immigration (66 percent) and protecting a woman’s right to choose and make decisions affecting her body and personal life (72 percent) — typically viewed as highly divisive — garnered bipartisan support, though with more of a partisan divide.

The survey found its biggest partisan gap on the issue of race and policing. Although more than 6 in 10 agreed that Black Americans and other racial minorities are targets of racism in policing, that total included 84 percent of Democrats compared with just 32 percent of Republicans.

To be sure, many of the issues that Americans agree on are areas that both Trump and Biden — and, more generally, Republicans and Democrats — have campaigned on, though with sometimes drastically different approaches.

“The fact that they’re answering these questions in the context of what are the essential rights that are important to being an American today — so in other words this is just not about rights in the abstract, it’s about ‘who are we as Americans?’ — and in a sense this poll provides a pretty clear indication of what it is that people think is most important about being an American,” Shattuck said.

In what could be another telling sign ahead of the November election, overwhelming bipartisan majorities of Americans reported a shift in how they view the role and responsibility of government in protecting rights and the responsibility of citizens to fellow citizens following the events of the past several months — including the coronavirus pandemic, the ensuing economic fallout and mass protests for racial justice.

The survey reveals a resounding cynicism toward the government, with more than two-thirds (69 percent) agreeing that “I feel like the government doesn’t represent the America that I love.”

A 53 percent majority, though not a bipartisan one, said that the events of the past few months had caused them to have less respect for the government, including 64 percent of Democrats, 41 percent of Republicans and 52 percent of independents.

Americans were more likely to say that various rights are “not very secure“ than “very secure,“ the poll found. And in most cases in which Americans viewed their rights as being in danger, the government and politicians were considered the greatest threat to these rights, along with fellow citizens and corporations.

While 87 percent agreed that “the government has a responsibility to protect the lives, livelihoods, and rights of all Americans,” more than half — 54 percent — said they believe the government is not doing a good job of protecting those rights, including two-thirds of Democrats and one-third of Republicans.

READ:  ‘Where are all of the arrests?’: Trump demands Barr lock up his foes

Shattuck took a bleak view of Americans’ lack of confidence in their government.

“There’s ... a strong belief that rights are under threat and that the principal dangers are coming from government and politicians,” he said, “and I guess my concern here is democracy really is at risk when the very values that Americans believe they have in common are under attack.”

When it comes to the November election, Shattuck said, “it’s clear that voters are all going to be thinking about their values … so that’s something the candidates are going to have to take into consideration.”

“The poll shows that a majority of Americans are fed up with polarization and looking for ways to reimagine the values they have in common — the rights and responsibilities important to being an American today,” he added later.

The project included the nationwide poll as well as focus groups held in Detroit, Phoenix and Atlanta. The data will be used to produce a report and policy recommendations based on its findings that is set to be released in October, and that Shattuck said would be “written for the next president of the United States, whoever they may be.”

The poll was conducted July 6-28 among a nationwide sample of 2,093 people by NORC, an independent research institution at the University of Chicago. The margin of sampling error for the study is plus or minus 2.76 percentage points.