Nine states and the District of Columbia are voting. Here’s what you need to know. 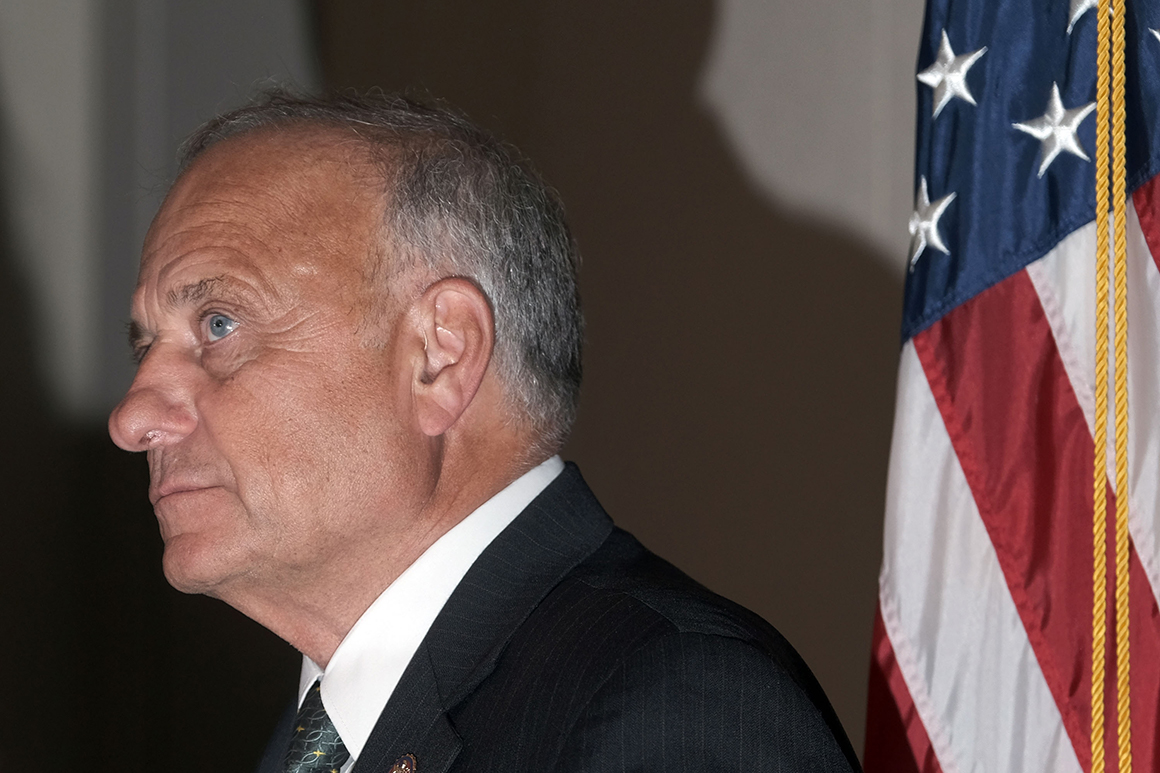 The most consequential primary night since Super Tuesday has finally arrived.

Voters in nine states plus the District of Columbia are going to the polls as campaigning springs back to life after three months in dormancy. Joe Biden will pad his delegate total, but the most closely-watched primaries by far are down the ballot — including one that could spell the defeat of an incumbent congressman, Republican Steve King of Iowa, who members of his own party have described as a bigot. We’ll also learn whether Senate Democrats can shepherd their desired candidate through a competitive Iowa primary, and if former CIA agent Valerie Plame will be coming to Congress.

Several of the primaries were originally scheduled for April or May but were postponed to allow officials to plan for the expansion of mail voting and secure polling places.

The states holding elections include Idaho, Indiana, Iowa, Maryland, Montana, New Mexico, Pennsylvania, Rhode Island and South Dakota — and D.C. Many of them are taking place against the backdrop of racial unrest and violence in U.S. cities coast to coast, as protesters against police misconduct and brutality clash with civil authorities. Those protests and local governments’ countermeasures are also going to interfere with voting procedures, even if the violent protests of the past week taper into less disruptive or destructive demonstrations on Tuesday.

Here’s POLITICO’s insider guide to the most important races:

Senate Democrats have embraced Theresa Greenfield, a businesswoman whose only previous political bid ended when her campaign manager falsified signatures on her petitions to run for Congress in 2018. 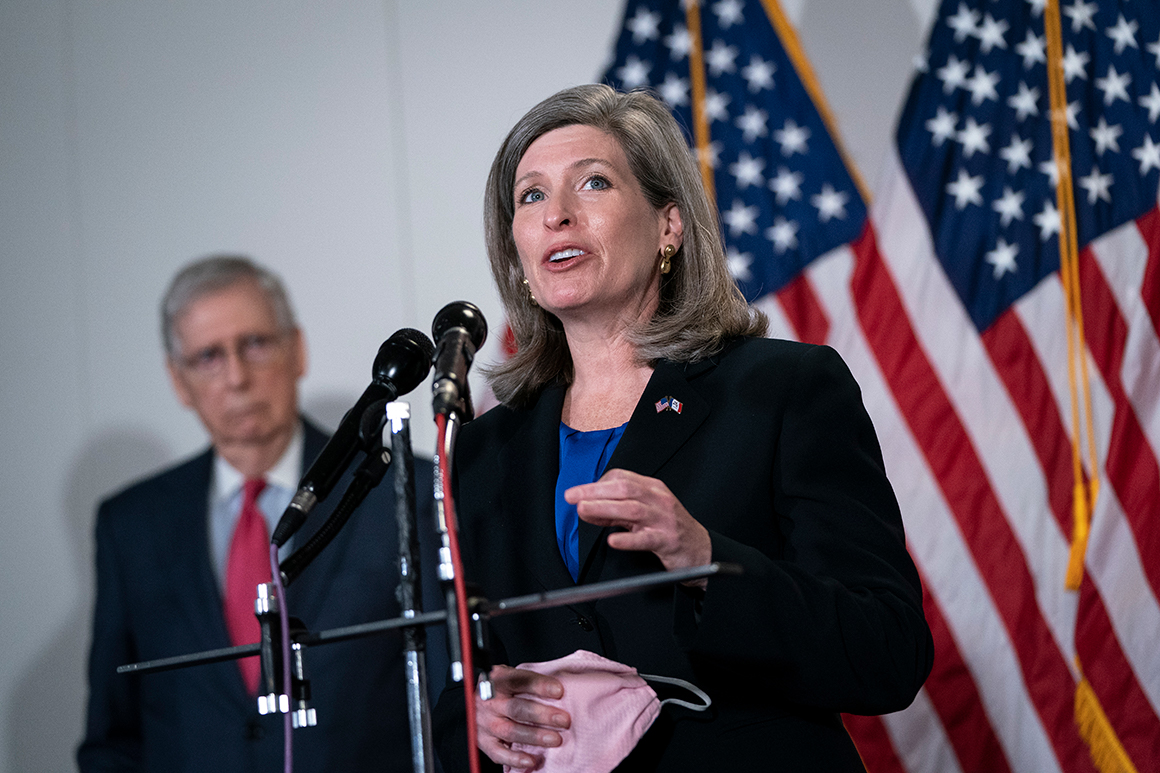 But before she can take on first-term GOP Sen. Joni Ernst, Greenfield — who was an early endorsee of the Democratic Senatorial Campaign Committee — has to get through a competitive primary first.

Ahead of Tuesday’s vote, the cavalry has stormed Iowa to push Greenfield over the finish line: According to Advertising Analytics, Senate Majority PAC, the party’s chief Senate super PAC, has spent more than $7 million on TV ads boosting Greenfield, and Women Vote!, the campaign arm of EMILY’s List, kicked in over $1 million. Most of the money went toward attacks on two of Greenfield’s primary opponents, retired Navy Admiral Mike Franken and self-funder Eddie Mauro.

Greenfield is still the odds-on favorite on Tuesday. But she needs to clear 35 percent to clinch the nomination. Otherwise the nomination fight heads to a party convention, where delegates might be torn between Greenfield’s national support and some raw feelings on the ground about the party’s intervention in the primary.

With five candidates, including Greenfield, on the ballot, anything resembling a decisive victory should eclipse 35 percent. But national Democrats want Greenfield to build momentum for November, not just eke out a primary win. While Iowa turned sharply toward Republicans in 2016, both parties see the prospect of a very competitive reelection campaign for Ernst in what could be the race that decides which party controls the Senate next year.

Iowa 4th District: Will a split field save Steve King?

Two years ago, when King faced the most competitive reelection campaign of his career, national Republicans cut him loose. The Iowan with a history of controversial — and sometimes racist — comments was left on his own to withstand a Democratic wave election without financial and logistical help.

King survived. But this time, the bigger threat is coming from his own party.

King’s strongest challenger on Tuesday is state Sen. Randy Feenstra, who has adopted the party’s line on the incumbent. He has cited King’s lack of legislative effectiveness — Republicans booted the congressman from all his committee assignments after he appeared to defend the terms “white supremacy” and “white nationalism” in a New York Times interview — without directly condemning him.

Feenstra has earned endorsements from GOP establishment groups such as the U.S. Chamber of Commerce. He's also raked in donations from some of King’s House colleagues, including Rep. Steve Stivers (R-Ohio), who was the chair of the House GOP campaign arm when he ditched King in the closing weeks of the 2018 race.

But there are three other Republicans running, and it’s possible they could split the anti-King vote. If that happens, King could either clinch the nomination outright or it would go to a convention.

If King does win renomination, Democrat J.D. Scholten, who lost to King by 3 points in 2018, will likely mount another serious challenge, putting what should be a strongly Republican district firmly on the board in this year’s elections. 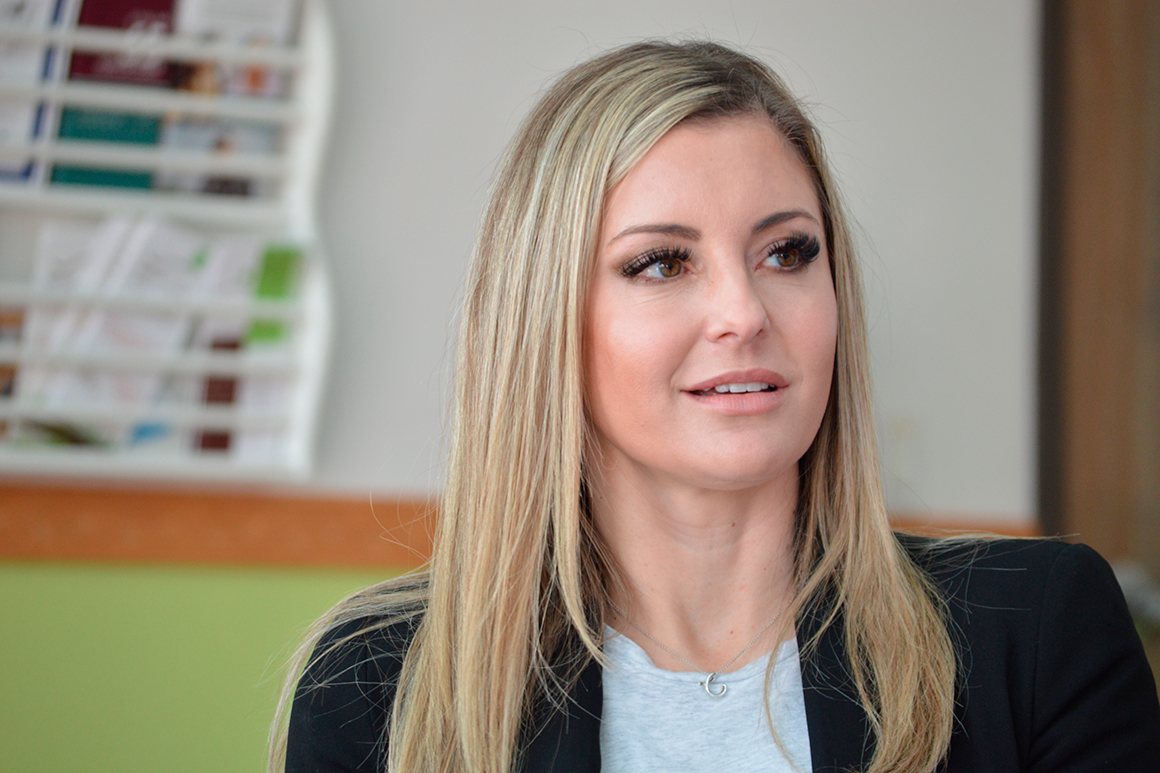 New Mexico 2nd District: Who will win the ugliest primary in America?

Republican Yvette Herrell, a conservative former state legislator who lost to Torres Small in 2018, is back for a rematch. But most national Republicans think the GOP would be better off with new blood, identifying businesswoman Claire Chase as a top recruit.

READ:  A New Darkness Falls on the Trump Movement

The Chase-Herrell primary has turned into one of the most bitter contests on the 2020 electoral map. Last month, Chase accused Herrell of a “despicable, untrue and deeply personal attack” after a military veteran said Herrell told him that Chase had cheated on her first husband when he was deployed overseas. (Herrell denies that exchange took place, and Chase says she met her current husband after she was divorced.)

Both candidates have plenty of outside backing in the race: A super PAC supporting Chase received funding from a national group seeking to elect more Republican women, and Herrell has the support of the House Freedom Caucus’ campaign apparatus.

But a couple of Democratic groups have also waded into the GOP primary. One is running a TV ad that technically attacks both Republicans, but appears designed to help Herrell, whom Democrats see as a more beatable opponent. The group, Patriot Majority PAC, is hitting Chase as a “lobbyist” who has opposed President Donald Trump and also launched a last-minute ad in the final days of the primary hitting a third, lesser-known GOP candidate, Chris Mathys, as a “carpetbagger” from California. The three-dimensional intervention suggests the race is volatile.

Torres Small, meanwhile, had $3.1 million in cash on hand for the fall as of mid-May — a formidable sum, even in a difficult district for Democrats to hold.

Nothing opens the political floodgates like a safe congressional seats that comes open after three decades.

Democratic voters in the district will pick Visclosky’s replacement from a list of 14 candidates. The race appears wide open to replace the moderate Visclosky, who is best known as a House cardinal who now chairs the House Appropriations subcommittee on defense.

Meanwhile, in New Mexico, sixth-term Democratic Rep. Ben Ray Luján is seeking a promotion to the Senate, opening his House seat. That race has drawn seven candidates — the most famous of whom is Plame, the CIA agent who was outed in a scandal that consumed the Bush administration and led to the conviction of then-Vice President Dick Cheney’s chief of staff, Scooter Libby.

The open governor’s race in Montana appears poised to reorder the state’s political scene, especially for Republicans hoping to break Democrats’ 16-year lock on the statehouse.

Democratic Gov. Steve Bullock is term-limited and running for Senate. That has set off a domino effect of competitive primaries. For governor, the state’s lone congressman, Rep. Greg Gianforte, is squaring off with state Attorney General Tim Fox for the GOP nomination. On the Democratic side, Bullock has endorsed his lieutenant governor, Mike Cooney — but EMILY’s List is backing businesswoman Whitney Williams, the daughter of long-time former Rep. Pat Williams (D-Mont.).

Meanwhile, Gianforte’s decision to mount a second bid for governor — he lost to Bullock in the 2016 race, even as President Donald Trump was trouncing Hillary Clinton in the state — opens up the at-large congressional seat. The crowded GOP primary includes two statewide officeholders: state Auditor Matt Rosendale and Secretary of State Corey Stapleton. Kathleen Williams, who lost to Gianforte in 2018, is running again for the Democratic nomination.

There are other races that also bear watching on Tuesday:

Two Republican House primaries are worth monitoring: GOP voters are picking nominees to face Democratic Reps. Susan Wild and Matt Cartwright in northeastern Pennsylvania. Both races have turned ugly, with attack ads flying around which candidates are most supportive of Trump. The president waded into the race in Pennsylvania’s 7th District, endorsing former Lehigh County Commissioner Lisa Scheller to face Wild.

And in the nation’s capital — where vote centers will remain open until 8 p.m. on Tuesday, despite Mayor Muriel Bowser’s 7 p.m. curfew — Democratic voters in two of the city’s eight wards are casting ballots in competitive primaries. One is an open seat in the city’s tony 2nd ward vacated by scandal-plagued Councilmember Jack Evans, who resigned in January over ethics violations but almost immediately filed to run again. The other race is in diverse Ward 4, where liberal reformers are targeting Councilmember Brandan Todd, who succeeded Bowser when she became mayor.