They blast the audit by the Cyber Ninjas firm launched by fellow Arizona Republicans. 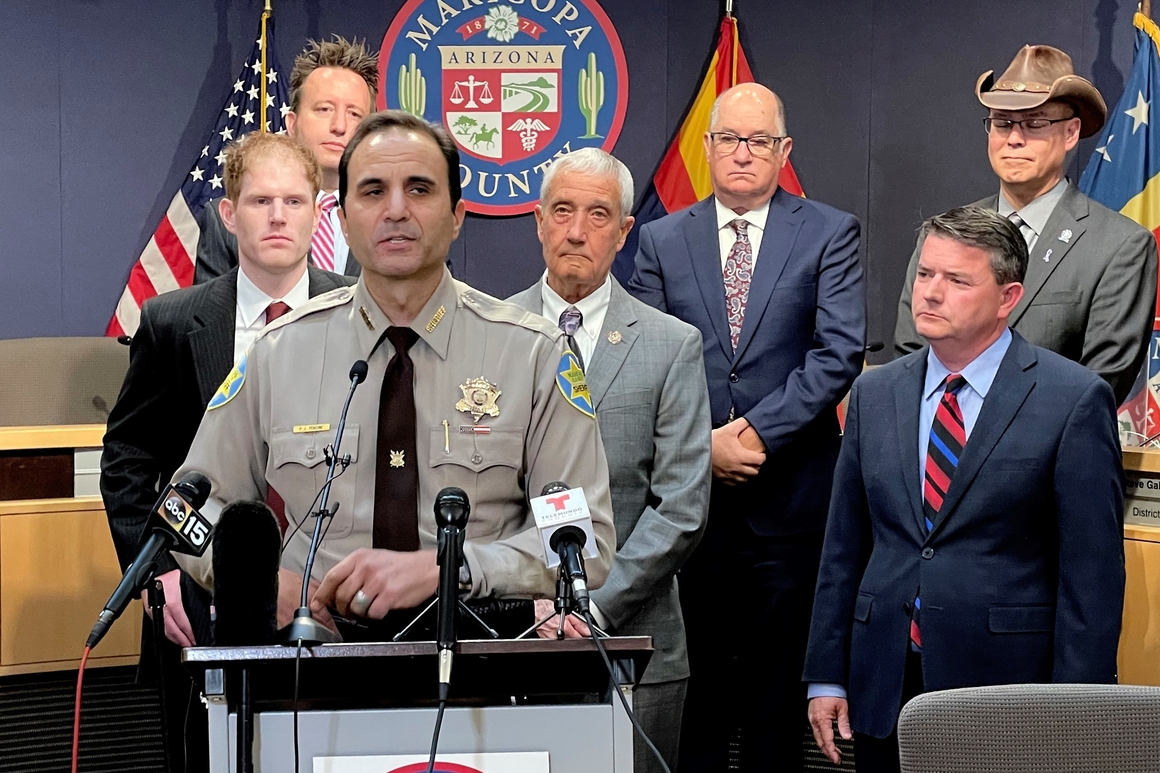 PHOENIX — The top Republicans in Arizona’s largest county gave an impassioned defense of their handling of the 2020 election Monday, calling on fellow members of the GOP and business leaders to speak out against an unprecedented partisan election audit.

The GOP-dominated Maricopa County Board of Supervisors cast the audit as a sham that’s spun out of the control of the state Senate leader who’s ostensibly overseeing it. Board Chair Jack Sellers said Senate President Karen Fann is making an “attempt at legitimatizing a grift disguised as an audit.”

After former President Donald Trump claimed without evidence that his loss was marred by fraud, Fann used the Senate’s subpoena power to take possession of ballots and voting machines from Maricopa County, a longtime Republican stronghold that was won by Democrat Joe Biden last year. She turned all of it over to Cyber Ninjas, a small Florida-based cybersecurity firm owned by a Trump supporter who has promoted election conspiracies to conduct an audit.

Last week, Fann sent a letter to Sellers questioning records that document the chain of custody of the ballots and accusing county officials of deleting data. The county on Monday sent a 12-page response vehemently denying wrongdoing, explaining its processes and accusing Cyber Ninjas of incompetence.

“They can’t find the files because they don’t know what they’re doing,” Sellers said during a public meeting held to refute Fann’s allegations. “We wouldn’t be asked to do this on-the-job training if qualified auditors had been hired to do this work.”

Fann did not immediately comment. She has defended the audit as an effort to address concerns raised by many Trump supporters who worry the election was not conducted fairly.

Fann’s accusations touched a nerve with county officials, who have grown increasingly exasperated with the audit. On Monday, they implored elected officials who have doubts to stop keeping their criticisms to themselves.

“Elected Republicans, I think, are afraid of the next election and they can’t be,” said Bill Gates, the vice chairman of the Board of Supervisors. “They’ve got to stand for what is right. Otherwise, why did they run for office in the first place?”

Later, he lamented silence from business leaders and urged them to “contact those elected officials who they donate money to.”

“This is creating a black eye to Arizona and I would think that those business leaders would want this to stop,” Gates said.

They also highlighted the backlash they’ve experienced for speaking out, including death threats and protests at their home.

Promoted heavily in right-wing media, the audit has become a cause celebre among some of Trump’s most loyal fans, who believe it will uncover evidence of the former president’s claim that he was the rightful winner of the election.

Trump sent a statement saying, in part, that “the entire Database of Maricopa County in Arizona has been DELETED! This is illegal and the Arizona State Senate, who is leading the Forensic Audit, is up in arms.”

Maricopa County Recorder Stephen Richer, one of the county’s top election officials, on Saturday called the statement “unhinged” and called on other Republicans to stop the unfounded accusations.

Richer was elected in the same election many in his party are now questioning, defeating an incumbent Democrat. As recorder, he oversees the voter registration database and the mail voting operation, including signature verification, while the county board oversees the team charged with election-day operations and counting ballots.

On Monday, he said he hoped that he and other county officials were making it easier for others to speak out against the narrative of election fraud.