The Republican senator’s campaign says he learned Thursday he came in “close contact” with someone who tested positive for the virus. 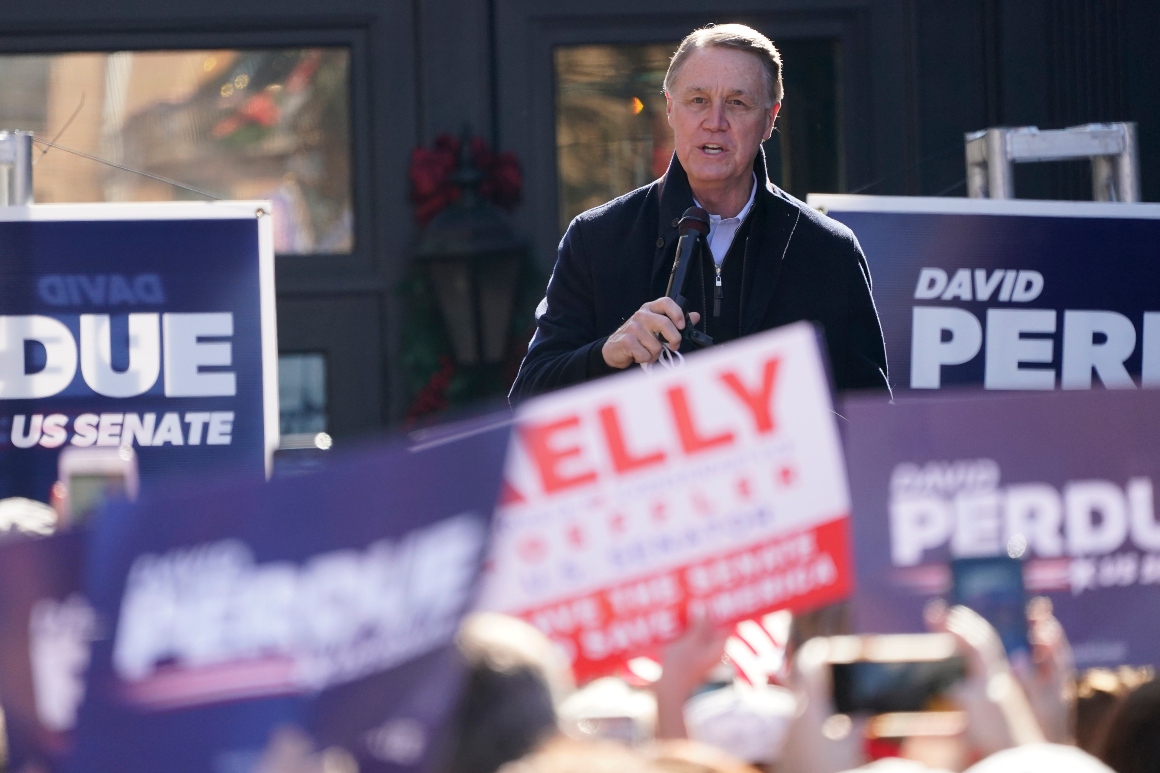 Sen. David Perdue is quarantining after an unidentified individual with whom the Republican had been “in close contact” tested positive for the coronavirus, stepping back from the Georgia campaign trail just days before a runoff election for his seat.

In an unsigned statement released to reporters on Thursday afternoon, Perdue’s campaign said the first-term senator had been notified earlier in the day “that he came into close contact with someone on the campaign who tested positive for Covid-19.”

The statement continued that both Perdue and his wife, Bonnie, tested negative for the virus on Thursday, “but following his doctor's recommendations and in accordance with [Centers for Disease Control and Prevention] guidelines, they will quarantine.”

Perdue is leaving the campaign trail with only five days until Election Day, when Georgia voters will decide the fate of both of the state’s Senate seats, which will in turn determine which party controls the chamber after the Jan. 20 inauguration of President-elect Joe Biden.

It’s unknown whether or when Perdue will return to campaigning before the Tuesday runoff. In the statement, his campaign noted that it has adhered to “CDC guidelines” but said additional information “will be provided when available.”

Perdue is facing off against Democrat Jon Ossoff, whom he edged in the November election, 49.7 percent to 47.9 percent. But because Perdue did not win a majority of the vote, both are competing in the runoff.

Also on the ballot Tuesday is a special election for the state’s other seat. Democrat Raphael Warnock and appointed GOP Sen. Kelly Loeffler were the top two finishers on the November ballot.