The policy change highlights tension between military leaders and diplomats about how the U.S. handles gray-area operations that fall short of all-out war. 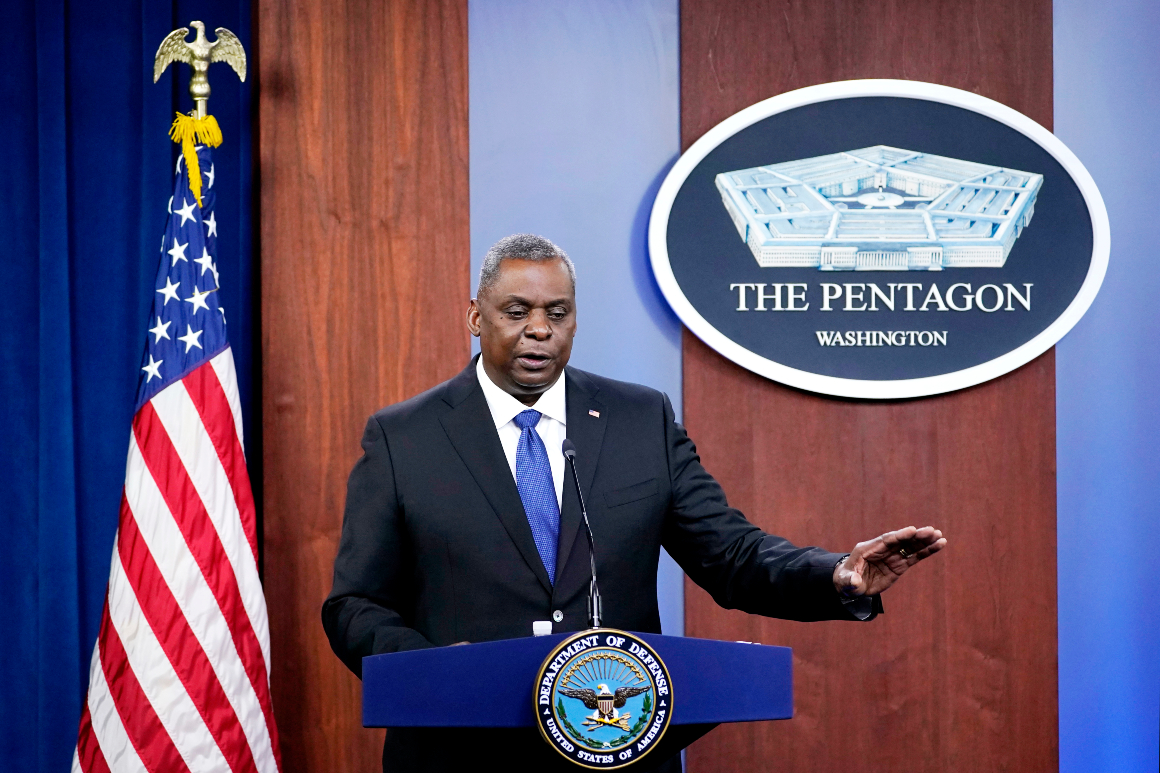 In the final months of the Trump administration, then-Defense Secretary Mark Esper quietly moved to let the military run influence campaigns — often called “psyops” — more quickly and with less time for input from the State Department.

The policy change, which eight people described to POLITICO, highlights tension between military leaders and diplomats about how the U.S. handles gray-area operations that fall short of all-out war.

And now, Defense Secretary Lloyd Austin is weighing whether to maintain the change in policy, according to a senior defense official.

The rule change comes as U.S. troops are withdrawing from Afghanistan and the military shifts its focus to stand-offs with Russia and China — the kind of conflict where information operations are at the frontlines. It is unclear, however, whether Pentagon officials have used the new fast-track authority to conduct recent operations, and a top member of Congress overseeing the Pentagon said he was unaware of any such moves.

The military has been conducting psyops since at least World War I, when it established a unit designed to develop and distribute propaganda — then primarily leaflets — to influence foreign audiences. The U.S. military and later the CIA have deployed psyops extensively in recent conflicts, for example using radio broadcasts to combat communism during the Cold War, and leaflets and loudspeaker broadcasts urging Iraqi troops to surrender during the 1991 Persian Gulf War. 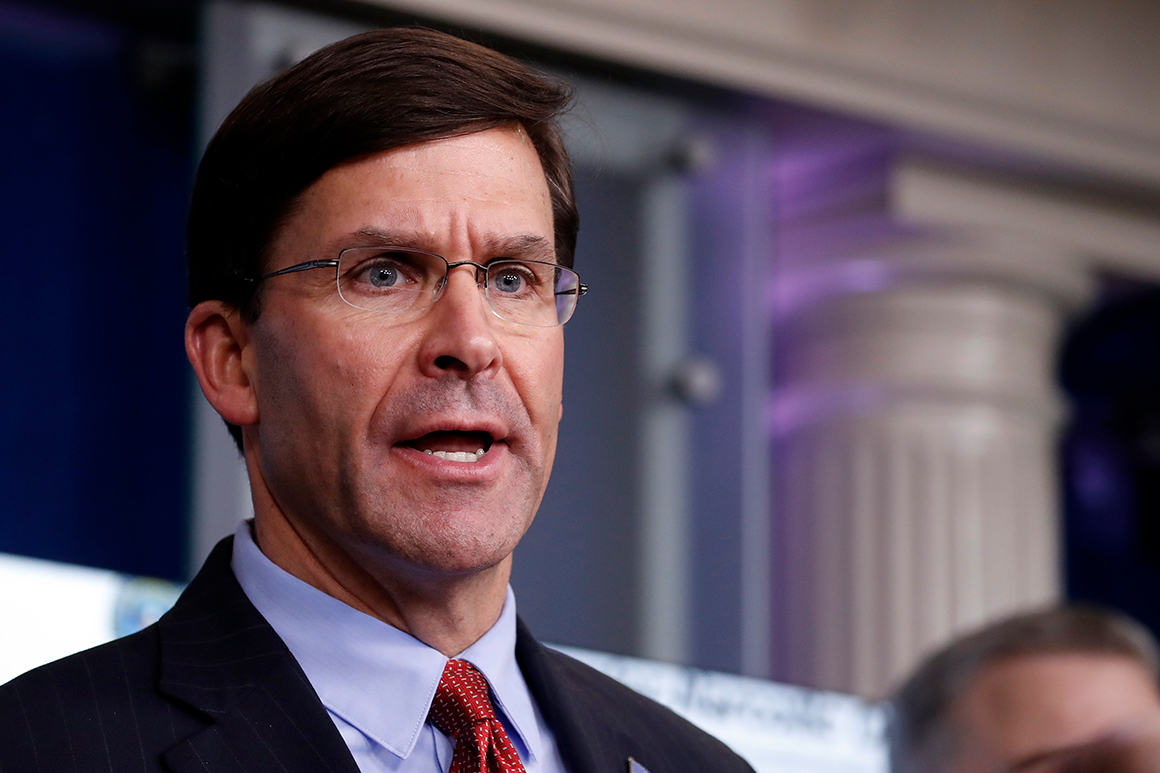 In 2010, according to The Atlantic, then-Defense Secretary Robert Gates decided to drop the term psyops due to its negative connotations. The U.S. government now prefers the term "military information support operations."

In recent years, the U.S. military has begun a slow and arduous shift to focus on great power competition — meaning long-simmering gray-zone contests with Russia and China for hegemony. U.S. troops have clashed with Russian fighters in Syria, and U.S. intelligence officials suspect the Kremlin has used directed-energy weapons to injure American service members. But in general, these contests don’t involve traditional fighting.

That’s where information operations, or psyops, come in. The operations, which often aim to shift the opinion of foreign governments, organizations and individuals in targeted regions, are generally classified. They can also be contentious.

Before Esper’s move, U.S. military officials had to seek approval from multiple levels in the State Department before running psychological operations, according to people familiar with the policy. That included getting “concurrence” — a.k.a., a green light — from the top U.S. diplomat in the country where the operation was planned, as well as from a senior official at Foggy Bottom. Sometimes securing these approvals took weeks or more.

“It was an absurd process,” said one former defense official involved in the debate, noting that desk officers could sometimes stall operations before they reached the more senior officials. “The information environment can’t wait three months. The operation is no longer valid by then.”

And sometimes, State Department officials objected to the Defense Department’s proposals. They raised strenuous and repeated objections to proposed operations several times last year, one of the sources said. One former defense official said at least one of the delayed operations was aimed at fighting Chinese disinformation regarding the Covid-19 pandemic.

Disagreements between the military and the State Department over psyops weren’t always the norm, the people said; in many cases, officials from the Pentagon worked hand-in-hand with Foggy Bottom to craft information operations. But, according to one person familiar with the relationship, diplomats sometimes raised concerns about the Pentagon’s psyop ideas.

There was enough disagreement that some Pentagon officials telegraphed frustration with the process. In late 2019, Adm. Phil Davidson, then the head of all U.S. forces in the Indo-Pacific, and Gen. Richard Clarke, head of U.S. Special Operations Command, urged senior Pentagon officials to find a way to speed the approval process for conducting operations against Chinese misinformation.

At Davidson and Clarke’s urging, Esper raised the subject directly with then-Secretary of State Mike Pompeo, a West Point classmate. They agreed on new guidance that provided a short window of time — less than 48 hours — for the State Department to approve or object to the DoD operation. If State officials chose to object to an operation, the debate was elevated to more senior levels until it reached the Cabinet official.

The new Biden team is examining the policy change, said a senior defense official, who requested anonymity to discuss a sensitive topic.

“Secretary Austin and Secretary [Antony] Blinken speak often to align efforts and ensure the relationship between DoD and State Department remains the hallmark of interagency cooperation,” she said.

Pentagon leaders are continuing efforts to meet the needs of commanders around the world and recognize that “countering malign influence remains a top priority," she said.

Rep. Ruben Gallego (D-Ariz.), who chairs the House Armed Services Committee’s subcommittee on intelligence and special operations, told POLITICO that he has heard complaints from numerous special operators and officials from the Indo-Pacific region about the sometimes time-consuming approval process for information operations. 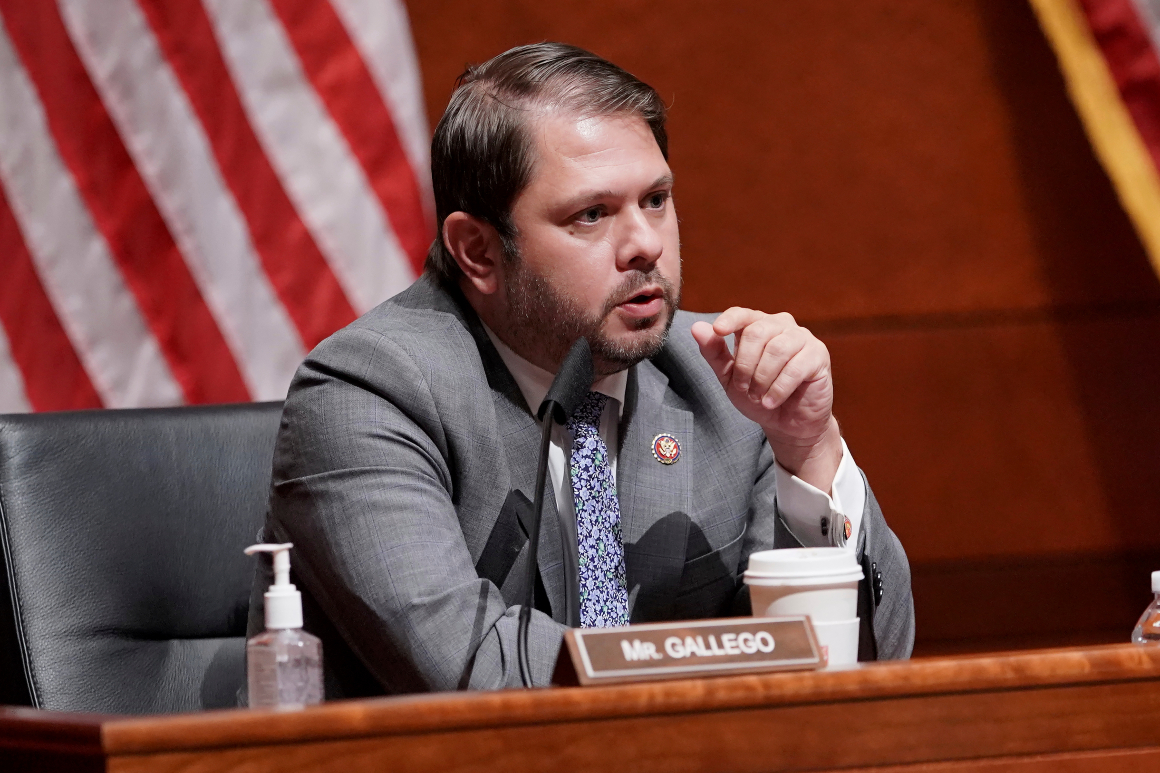 “We’re dealing with countries that are experts on misinformation, and the only way you can really combat misinformation is to try to stop it as soon as it comes out,” he said.

He added that he “absolutely” supports the change and hopes it stays in place.

Gallego also said he wasn’t aware of the U.S. military ever actually using the new policy to quickly run an operation without weigh-in from the State Department.

“From what I understand it hasn’t had to be used yet, which tells you that maybe the State Department reformed themselves to the point where it didn’t have to be used,” he said. “So that tells you something.”

A State Department spokesperson responded to a request for comment by saying American diplomats work well with other officials. “We work closely and effectively with our inter-agency partners in Washington and with all of those who fall under Chief of Mission authority at our overseas posts on efforts to enhance the safety, security, and prosperity of the American people,” the spokesperson said.

Bungled information operations have embarrassed the U.S. government in the past. In 2017, the head of NATO special operations forces in Afghanistan apologized for dropping leaflets there that, in his words, “contained an image highly offensive to both Muslims and the religion of Islam.”

David Maxwell, a senior fellow at the Foundation for Defense of Democracies and retired Special Forces colonel, said the slow approval processes were a running issue when he oversaw the Army’s psychological operations forces, and that overly risk-averse officials do more harm than good. And he said it can sometimes be hard to prove information operations work, since they often run in tandem with a host of other U.S. government efforts. But he pointed to operations to persuade civilians to help take out a top Abu Sayyaf terror group leader in the Philippines as an example of success.

READ:  Native Americans Finally Have a Cabinet Nominee. Will an Adopted Tlingit Take Her Down?

The U.S. worked with the Philippine government and used radio, text messaging, print media and a monthly comic book publication to try to influence local residents’ views of the terror group. They also broadly advertised an offer of $5 million in exchange for information leading to the capture or killing of top Abu Sayyaf leaders.

"Our PSYOP forces were conducting what we call a dissent and discord program, trying to separate the low-level terrorists from their leadership,” Maxwell said. “And one of the lower ranking members of the Abu Sayyaf became disgruntled. But more importantly, his wife became disgruntled, and she questioned why he was a member of this group when they were bombing and killing fellow Muslims."

That member became an informant to Philippine intelligence, and shared the cell phone number of Abu Sayyaf’s leader at the time, Jainal Antel Sali, known as Abu Sulaiman. They used the number to locate him, and Philippine special forces killed him in a raid.

He added that those concerns are imbalanced.

“When we make a mistake with a kinetic strike, it can be catastrophic — wedding parties, things like that where mistakes are made in targeting,” he said. “Whereas if we make a mistake in the information realm, the news cycle is going to move on. We can recover from an information mistake. A kinetic mistake, the victims of it can’t recover.”