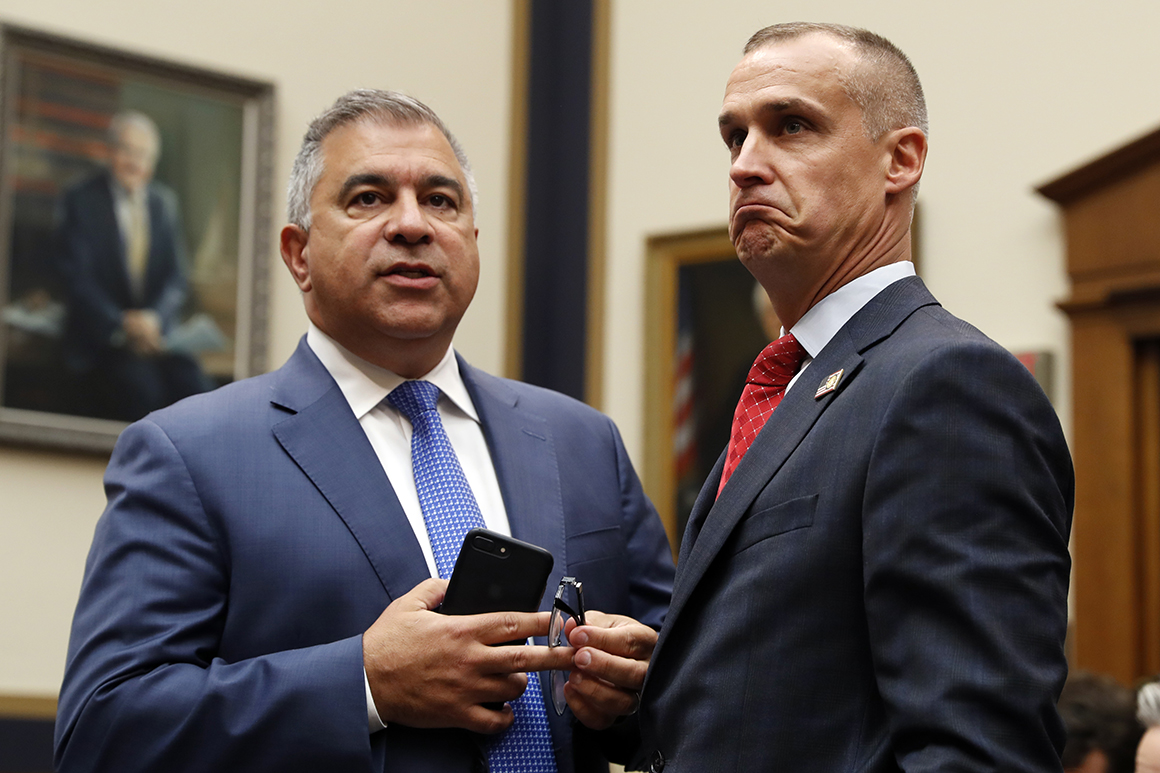 The Pentagon has suspended the processing of a number of former President Donald Trump’s last-minute appointees to defense advisory boards as the new administration looks to weed out loyalists to the former president.

The move effectively prevents a number of Trump allies, including his 2016 campaign manager Corey Lewandoski and deputy campaign manager David Bossie, from actually serving on panels tasked with providing advice to the defense secretary, at least for the time being.

The news came in an email to advisory board members on Wednesday. The message was obtained by POLITICO and confirmed by two people familiar with the discussions.

The effort is aimed at scrubbing the members of the advisory boards “to determine if appointments were politically motivated vice professionally made,” said one of the people.

The freeze announced on Wednesday pertains only to appointees who have not yet been sworn in or have completed all the required paperwork, the people said. Several new board members, including Earl Matthews and Anthony Tata, were sworn in on Jan. 19 after pressure from the White House to push through as many appointees as possible before President Joe Biden’s inauguration. But others, including Lewandowski and Bossie, were still undergoing a lengthy financial disclosure and security clearance process that normally takes weeks or months, according to the people familiar.


It was not immediately clear whether the Pentagon planned to take any action against those who have been onboarded, but the Biden team is looking into whether it can replace dozens of Trump’s last-minute appointments to boards and commissions across the U.S. government.

READ:  Native Americans Finally Have a Cabinet Nominee. Will an Adopted Tlingit Take Her Down?

"The Secretary, as you would expect, is reviewing current policies in place across the Department to determine if any changes are necessary, to include the advisory boards," Pentagon spokesperson John Kirby said in a statement. "No final decisions have been made with respect to board membership. But we will make the information available should that change."

The Trump administration last year abruptly removed a slate of members from the business and policy boards and tapped people loyal to Trump to replace them. In early December, members of the Defense Business Board received a brief email from Joshua Whitehouse, who was the White House's liaison to the Department of Defense, that simply said, “if you are receiving this e-mail, your membership on the Defense Business Board has expired or is coming to an end.”

After a push to move quickly on finalizing the new appointments, Matthews, Robert McMahon, Chris Shank and Bill Bruner were sworn in as members of the Defense Business Board on Jan. 19, the same day Tata, Scott O’Grady and Ambassador Charles Glazer were sworn in to the Defense Policy Board.

Tata, who was the Pentagon's acting policy chief, came under fire last year for tweets calling former President Barack Obama a "terrorist leader" and for calling Islam a violent religion. O'Grady, a former Air Force pilot who was shot down over Bosnia in 1995, has used his Twitter account to spread false claims that the election was stolen from Trump.


Now the Biden team is reviewing the moves. The email that went out to advisory board members on Wednesday announced that effective immediately, "all appointments, reappointments and renewals" to the boards would be suspended “pending a thorough review by the new Administration.”

In addition, the Pentagon’s Senior Executive Management Office is halting the processing of appointments that were submitted previously, according to the email. Several recent Trump appointees were still undergoing vetting and finalizing paperwork, including background checks, offer letters, swearing-in ceremonies and virtual "onboarding."

“Once a determination has been made, we will either continue to process the packages for final onboarding or return the packages to the sponsoring organization as cancelled,” according to the email.

Anita Kumar contributed to this report.