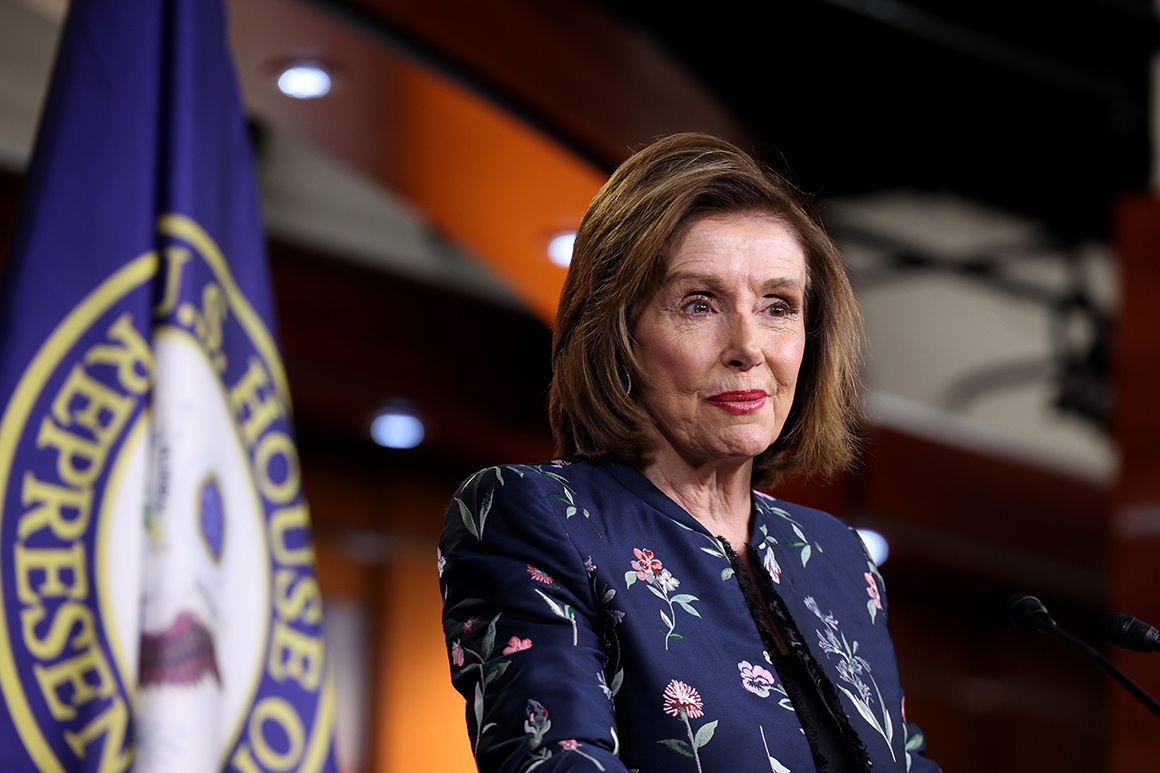 Pelosi suggested Thursday that she would consider appointing more Republicans to the Jan. 6 probe, less than 24 hours after she nixed two vocally pro-Trump GOP lawmakers for the select panel. The current sole GOP member of the panel, Rep. Liz Cheney, separately made clear that she would support two well-known additions to the committee: Kinzinger (R-Ill.), Cheney's partner in conservative opposition to Donald Trump, and former Rep. Denver Riggleman (R-Va.), a possible pick as Cheney's outside adviser in the investigation.

“We’ll see,” Pelosi told reporters when asked if she’d appoint more Republicans to serve alongside Cheney. “It’s not even bipartisan; it’s nonpartisan. It’s about seeking the truth and that’s what we owe the American people.”

Kinzinger discussed his desire to join the select panel with other lawmakers before Pelosi chose Cheney earlier this month, according to a person familiar with the conversations. He declined to comment Thursday when asked about his potential addition to the select panel, which is set to hold its first hearing next week with law enforcement responders during the siege of the Capitol by supporters of the former president.

But his ally from Wyoming offered an effusive endorsement.

Kinzinger would be a “tremendous addition to the committee. I think ultimately it's up to the speaker, but I would certainly support it,” Cheney told POLITICO in a brief interview.

Cheney added that Riggleman, an experienced researcher of online extremism who has already dug into the far-right elements behind the insurrection, "would be tremendous" as an outside aide to the probe.

"Denver is somebody who's got years of experience, especially in all the areas connected to cyber issues," she said. "And I think [he] just would be a tremendous addition to the work of the committee in terms of understanding, recognizing the extent to which social media platforms were used, the communications that went on in the lead up to the 6th."

When pressed whether Cheney put Riggleman's name forward to Pelosi, she demurred and reiterated only that "he'd be an excellent addition to the committee."

At least one Democratic member of the select panel indicated he would support Kinzinger's addition to its ranks, if Pelosi decides to name the Air Force veteran.

Beyond Kinzinger, it's unclear whether any Republican lawmakers would consider participating in the panel. Rep. Jaime Herrera Butler (R-Wash.), who joined Cheney and Kinzinger in voting to impeach Trump in February told reporters that she would not participate.

“Unless this is made up of people who are not members of Congress, the American people cannot trust the results," she said.

The effort to potentially beef up Republican representation on the select panel comes after House Minority Leader Kevin McCarthy pulled all five of his choices on Wednesday following Pelosi's veto of the two most controversial names on his list, Reps. Jim Banks (R-Ind.) and Jim Jordan (R-Ohio).

READ:  Workers are reaping benefits in the post-Covid economy. But their power may not last.

McCarthy vowed that Republicans would undertake their own investigation of the events on Jan. 6 in response.

But Pelosi dismissed McCarthy’s protests on Thursday, saying she made the right decision by blocking Banks and Jordan because of their “antics” in the months following the deadly insurrection.

“I’m not talking about him,” Pelosi said of McCarthy. “Let’s not waste each other’s time.”

Pelosi said her decision to block those two, while allowing McCarthy’s three other selections, to serve on the panel, had nothing to do with their votes to challenge certification of Trump's loss on Jan. 6. In fact, Rep. Troy Nehls (R-Texas) also voted against certification and was not vetoed by Pelosi.

“The other two made statements and took actions that just would have been ridiculous to put them on a committee seeking the truth,” Pelosi told reporters.