“I am writing to request your support to be re-elected as Speaker.” 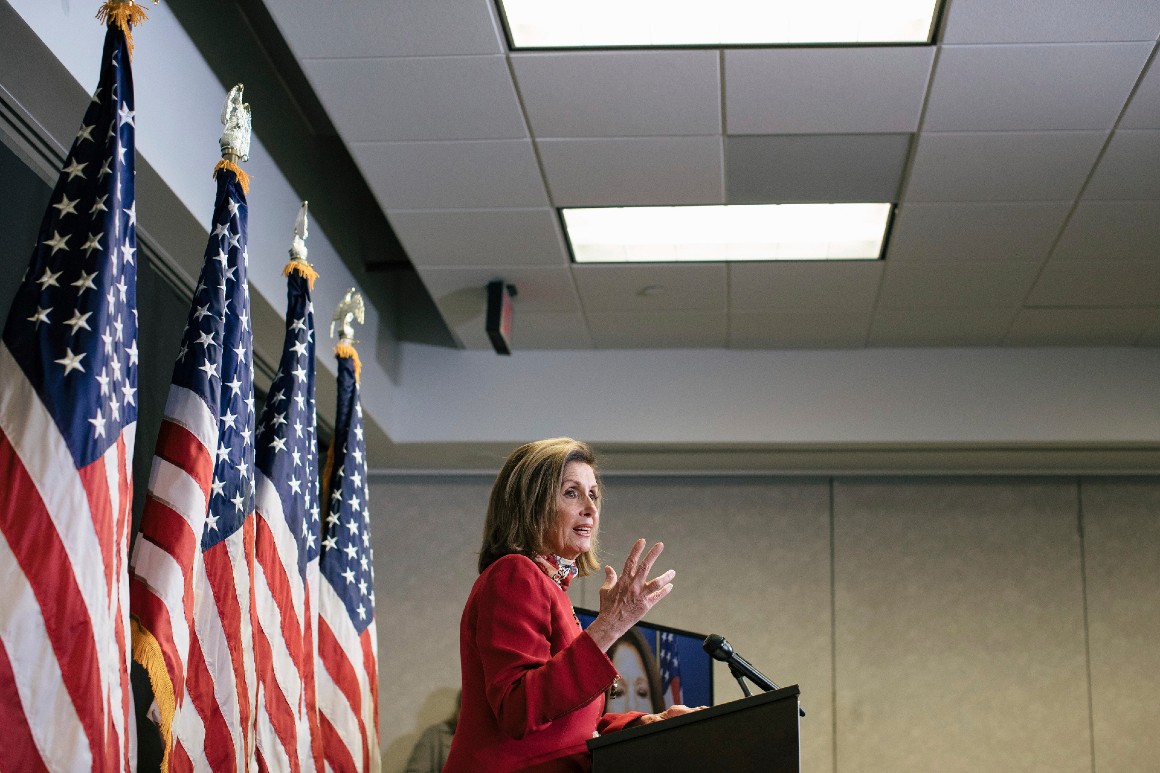 Speaker Nancy Pelosi wants another two-year term running the House, cementing her role — for now — as the most powerful woman in Washington.

The 80-year-old Pelosi is coming off a disappointing Election Day, where her party lost at least five seats so far in the House, but the California Democrat intends to stay in the speaker’s chair during the 117th Congress, according to letters sent to her colleagues on Friday morning. Pelosi has served as the Democratic leader since 2002, and the vast majority of her colleagues have never known anyone else running their caucus.

"Our vision for the next two years must be built on the success of Democratic House Majority in the 116th Congress, and to harness the extraordinary visions, values and vibrancy of our Caucus to secure the progress that the American people deserve," Pelosi wrote.

"In that spirit, I am wring to request your support to be re-elected as Speaker. I do so with utmost respect for the diverse viewpoints in our Democratic Caucus, the gravity of this role the urgency of the challenges ahead. I also do so with the great joy and appreciation to so many of you who have already offered your support."

Pelosi also pledged to work closely with "President-elect Joe Biden and Vice President-elect Kamala Harris," who are now leading the race for the White House.


House Democrats will formally begin choosing their leaders on Nov. 18. No challenger to Pelosi is expected to emerge, and none could defeat her, although a small number of disgruntled House Democrats want a change atop her caucus.

With Pelosi having declared her intentions, House Majority Leader Steny Hoyer (D-Md.) also is expected to stay in his role, as is the No. 3 Democrat in the House, Majority Whip Jim Clyburn (D-S.C.). Hoyer is 81, while Clyburn is 80. The octogenarian triumvirate of Pelosi, Hoyer and Clyburn has held the top three spots in the Democratic Caucus for the last 14 years.

Pelosi has repeatedly refused to answer questions about her 2018 promise to step down after two terms, and the letters the California Democrat sent to colleagues made no mention of the issue. However, some lawmakers have privately raised the topic since Tuesday night, saying it's a question Pelosi should answer especially after the disappointing election outcome.

During the speaker vote on the House floor in Jan. 2019, 15 Democrats didn’t vote for Pelosi’s return to the speaker chair after an eight-year absence. With fewer Democratic votes to spare this time, Pelosi will once again engage in a delicate balancing act. Yet at least one Democrat who didn’t vote for Pelosi on the floor — Joe Cunningham of South Carolina — lost on Tuesday. Two more who didn’t support the speaker on the floor — Reps. Max Rose and Anthony Brindisi of New York — are expected to lose, giving her a little more room to play with this time.

On Tuesday, Pelosi once again declined to engage on the topic when pressed by reporters. “That’s the least important question you could ask today,” Pelosi said. “The fate of our nation, the soul of our nation, is at stake in this election.”

Pelosi added: “One of these days I’ll let you know what my plans are, when it’s appropriate and it matters. It doesn’t matter right now.”

Pelosi gets high marks from fellow Democrats over her performance as speaker during most of the last Congress, although some moderates were unhappy she was unwilling to reach a deal with Treasury Secretary Steven Mnuchin on a new multi-trillion dollar Covid relief package badly needed by Americans suffering through the pandemic.

Pelosi emerged as the Democratic Party’s most prominent figure before Joe Biden won the presidential nomination. She won a high-profile facedown President Donald Trump over a government shutdown early in 2019, and then helped lead his impeachment by the House later that year.

Yet even as Democrats were looking to oust Trump from office, Pelosi struck a massive budget deal and helped push through the USMCA trade agreement, a major legislative win for the president.

When the coronavirus pandemic struck the United States early in 2020, Pelosi helped push through the $2.2 trillion CARES Act, the biggest economic stimulus package ever passed by Congress.

Following the most recent drawn-out — and ultimately unsuccessful negotiations with Mnuchin — Pelosi and Democratic Congressional Campaign Chair Cheri Bustos (Ill.) predicted a strong showing on Election Day. Democrats privately predicted gains of perhaps as many as 10 to 20 GOP-held seats.

Instead, Democrats lost seats — the exact number is still not known yet — and Bustos barely won reelection herself, just avoiding a humiliating defeat.