Some states are shrinking or delaying plans for coverage expansion as they confront a challenging fiscal reality. 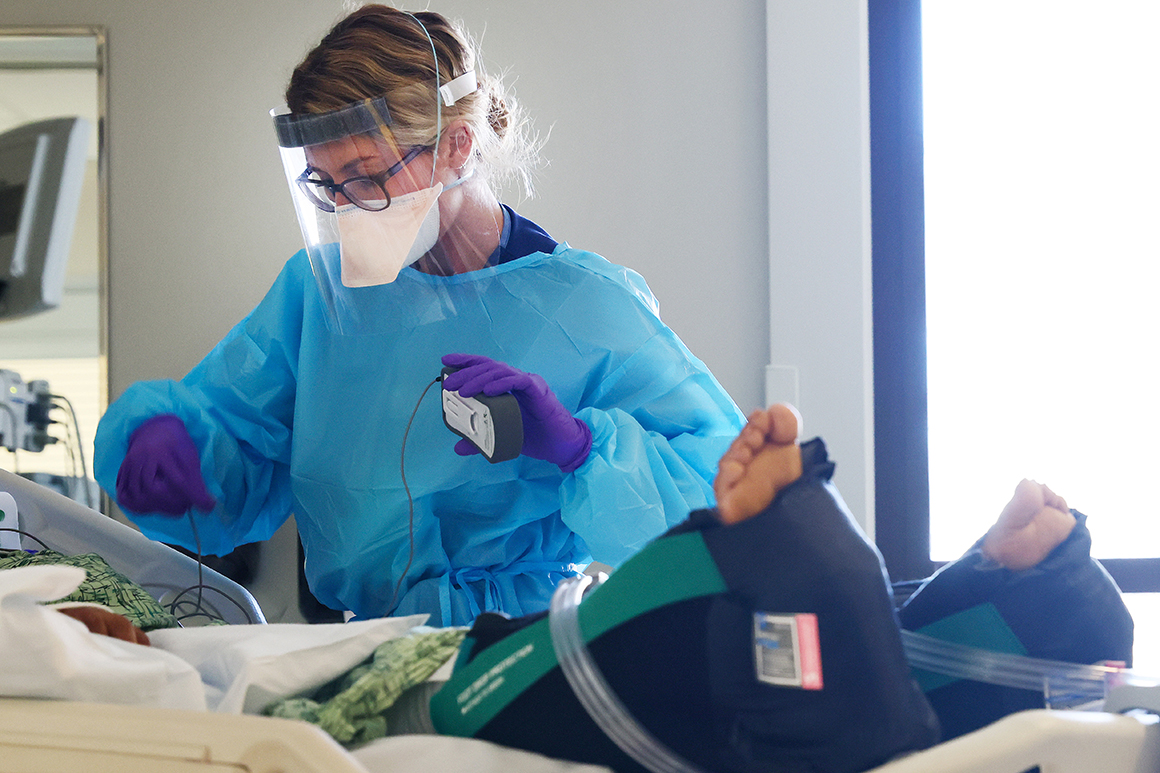 Democratic state officials have big plans for expanding health insurance coverage. The problem is, their states are broke.

The pandemic brought on massive budget gaps that will likely force Democratic state officials to scale back their most ambitious coverage plans when many legislatures convene for new sessions in the coming weeks. Plans to create a state-led public option or join Obamacare’s Medicaid expansion become tougher sells when states are also confronting budget crunches that have their officials contemplating deep cuts to public services.

Democratic state officials say there’s still urgency to expand coverage, given that millions have lost health insurance because of the pandemic and many more are struggling to afford medical bills. Though President-elect Joe Biden has vowed to expand on Obamacare, he will face resistance from Republicans in a divided Congress — meaning that states’ efforts could become even more important for supporters of broader government coverage.

“The collision of budgets and Covid will make it hard to think creatively, but budget crises create opportunities,” said Trish Riley, executive director of the National Academy for State Health Policy.

Legislators in several blue states who are advocating for a government-run public option to compete with private insurers — a centerpiece of Biden’s health plan — say they’re shrinking their legislation amid two major obstacles. Tight budgets will make it hard to advance new subsidies to help enough people buy into a new public option, and hospitals’ frontline role against the virus makes it politically difficult to pursue stronger cost controls that are typically paired with public option proposals.

In Colorado, lawmakers are weighing revisions to their public option bill, which was stalled earlier this year when the coronavirus emerged. Lawmakers originally hoped to lower insurance costs by forcing doctors and hospitals to accept rates for public option patients that are lower than what private insurance typically pays. Local hospitals and the Partnership for America’s Health Care Future — a national health industry coalition opposing government coverage expansions — lobbied hard against the legislation earlier this year before it was sidetracked by the pandemic.

READ:  How Falwell Kept His Grip on Liberty Amid Sexual ‘Games,’ Self-Dealing

Colorado state Sen. Kerry Donovan, the bill's sponsor, said she’s considering rewriting the legislation so hospitals wouldn’t be required to participate in the public option, potentially limiting the program’s reach. Even then, she said, the bill would face long odds despite Democrats’ legislative majorities.

“It’s a hard vote,” Donovan said. “If I were to open a betting line on Draft Kings, it’d be a pretty tight line.”

The Colorado model could end up similar to the nation’s first-ever public option launched in Washington state this fall. Washington also made participation voluntary for hospitals while capping payment rates far below typical levels for private insurance.

So far, Washington officials have reported modest enrollment in public option health plans for the 2021 sign-up season that closes next month. The state earlier this year scaled back its rollout plans to just one-third of counties rather than the entire state, saying it was difficult to stand up the program during the pandemic.

“I don’t say it’s taken off like we hoped,” said Washington state Rep. Eileen Cody, who authored the public option legislation. She said health plans haven’t been able to convince more hospitals to agree to lower rates in exchange for the possibility of more insured customers. Additionally, the public option plan isn’t even the cheapest coverage on the market.

Cody said the public option would be improved by adding more subsides to help people enroll in the plan and give insurers better bargaining power with hospitals. But ultimately, “We don’t have the money to put in more subsidies,” she said.

That’s a reality that many other states are grappling with. Moody’s estimates that states could be facing combined budget shortfalls as high as $171 billion over the next two years. Biden has insisted Congress should approve another coronavirus relief bill that would include budget aid to states and cities, after governors were aggravated that Senate Republicans blocked $160 billion for local governments in the latest stimulus package.

“If [states] don’t get any support, that will make it much more difficult to engage new kinds of initiatives,” said Joel Ario, a former Obama administration health official now at Manatt Health.

Andrew Schwab of the liberal group United States of Care, which consults with states on their public option proposals, said he expects legislatures will continue exploring the idea this year — even if legislation ultimately stalls, since the pandemic’s mass layoffs have highlighted the fragility of America’s employer-dependent health insurance system.

“Pandemics cause governments and people to kind of rethink what they have always known,” Schwab said. “And we think that it’s time, at a minimum, to have hard conversations about these issues, and whether or not a 75-year-old system is working best for employers and employees.”

For the dozen states that haven’t yet expanded Medicaid to poor adults, Biden has pledged to pass a public option that would be free to that population. However, that would depend on cooperation from Congress, which isn’t a sure bet even if Democrats win a pair of Georgia runoff elections on Jan. 5 to secure narrow control of the Senate.

More than 2 million low-income adults in those 12 holdout states lack access to an affordable coverage option.

Some Medicaid expansion efforts in state legislatures that were abruptly halted earlier this year because of the pandemic are facing new headwinds because of challenging budget situations. States are on the hook for 10 percent of expansion costs, while the federal government covers the rest.

“If there is some additional cash available, it needs to go to small businesses,” he said. “That’s going to get the most benefit to the most people.”