Rocket attacks on an American base in Iraq by an Iran-backed militia will require a clear response. Nuclear negotiations, not to mention the safety of U.S. troops, depend on it. 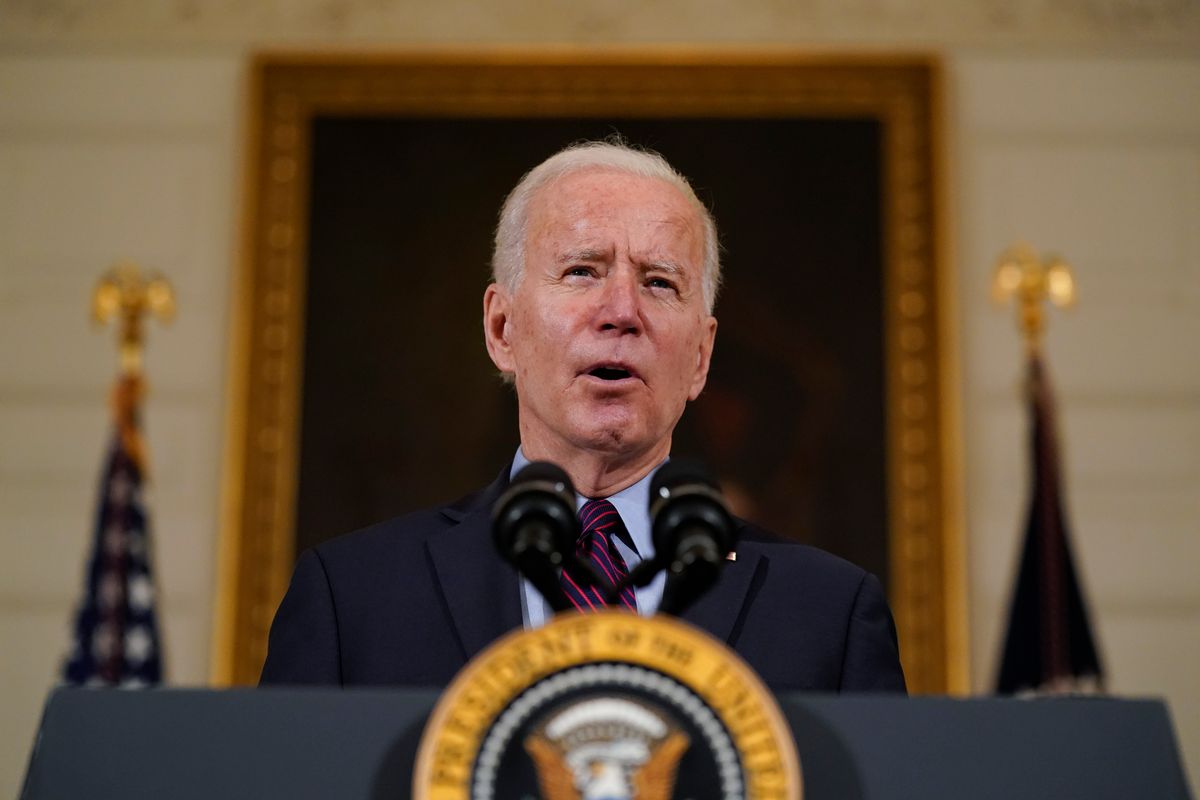 Joe Biden is squarely in the middle of a major foreign policy test as president, and while it has gone largely unremarked inside the U.S., the Middle East is watching closely to see how he responds to an attack on U.S. forces.

Monday night, as many as 24 rockets were fired at a U.S. military base at Erbil International Airport, in the capital of the semi-autonomous Kurdistan Region of Iraq. The attacked, almost certainly launched by an Iran-backed militia, wounded an American soldier, killed one non-U.S. contractor and wounded five others. Three local civilians were also wounded.

Earlier this year, I argued that a new President Biden might face just such a challenge early in his administration. Iran wanted to avenge the assassination of Qassem Soleimani in early January 2020 but I suggested that rather than provoking an outgoing Donald Trump, that it might choose instead to put his replacement to the test by waiting until after Inauguration Day. That is exactly what happened and now the question is how Biden will respond.

The early answer is: cautiously. On Tuesday, White House Press Secretary Jen Psaki stated that the U.S. reserves “the right to respond at a time and manner of our choosing but we’ll wait for the attribution to be concluded first.”

Establishing culpability is important, to be sure, but that won’t take long. In fact, intelligence experts already have a very good idea where blame lies. The most pressing concern is to communicate clearly to Iran what the consequences will be for encouraging further attacks.

It is a miracle that a lot more people were not killed. Two of the two dozen rockets struck the camp of the U.S.-led coalition. If more had struck the U.S. base, the result might have been multiple U.S. fatalities, as was the case on March 11, 2020, when another rocket attack killed two U.S. personnel and also one British servicewoman in Iraq.

Most of the rockets fired on February 15 missed the airport and struck the densely populated city, crowded with Kurds, Arab displaced persons, Western diplomats and foreign workers. Civilian homes and apartment complexes were struck. If even one rocket had struck a high-rise, in a city with limited firefighting capacity, the death toll could have been catastrophic.

In late 2019, the same winding-up of militia attacks led to the end-of-year tit-for-tat strikes in Iraq in which a U.S. contactor was killed, the U.S. embassy was besieged, thousands of U.S. troops were flown to Iraq. America killed over thirty Iran-backed militiamen and Iran’s senior general and spymaster, Qassem Soleimani. Iran fired ballistic missiles at a U.S. base, injuring over a hundred U.S. troops.

That episode warns that, unless countered, the Erbil attack will not mark the end of militia provocations against the Biden administration but rather the beginning. This dynamic has to be quickly reversed before Americans are killed and maimed, before the U.S. is drawn into retaliatory actions, or before U.S. credibility takes a new hit in the eyes of our allies and partners in the region.

As Psaki noted Tuesday, ensuring a correct attribution of blame must be the starting point, and it offers a welcome excuse for the Biden team to slow down the process, take a breath, and review options. As someone who has been at the heart of dozens of similar intelligence exercises, I know it is not difficult to tell who did the attack: Many factors suggest with high confidence that it was Asa’ib Ahl al-Haq (AAH), a U.S.-designated terrorist group with gallons of U.S. blood on its hands from the years before the U.S. withdrawal from Iraq in 2011.

Let’s review the circumstantial evidence available even to a trained observer who only has access to media, social media and some insiders. An AAH-run media front called Ashab al-Kahf (Companions of the Cave) spent much of February 15 criticizing the Kurdistan Region, and then (13 minutes before the rocket attack) issued a cryptic Telegram message threatening Kurdistan and Erbil. In the hours after the attack, AAH’s Telegram channel, Sabareen, dominated coverage of the incident, with other groups getting access to information slower than the AAH channel.

When a claim emerged, and was not disputed by other militia groups, it came from Saraya Alwiya al-Dam (Custodians of the Blood), which is another media brand that AAH occasionally uses to claim attacks. To add to this picture, similar circumstantial evidence has identified AAH as the militia that rocketed the U.S. embassy in Baghdad on November 20 and December 25, and which undertook the last attack on U.S. targets in Erbil on September 30.

For those inside the system, with top secret access to eavesdropping intelligence, the trail of breadcrumbs leading to AAH will quickly become even clearer. Whether they choose to let the outside world know of this evidence is another matter.

Such evidence will also give a sense whether Iran commissioned the attack, or was unaware of it, or simply didn’t care. In the case of AAH, the group has a habit of attacking Americans in order to boost its own prestige, without needing an explicit go-ahead from Tehran. But even if the Erbil attack was not intended by Tehran as a trial of Biden’s credibility, it has immediately become that test.

Based on my close focus on AAH and other Iraqi militias, I rather doubt Iran was the driving force behind the Erbil attack, but I know for sure that Iran could warn the group away from future outrages of this kind, if Tehran were properly motivated.

The Biden team is looking for a diplomatic first step, as opposed to immediate recourse to military strikes or new sanctions. A smart move would be to directly warn Tehran that the U.S. expects Iran to restrain all its proxies from taking destabilizing moves such as the Erbil attack or the January 23 drone attack on the Saudi Arabian capital of Riyadh, which was also launched from Iraq. Such a message would alert the Islamic Revolutionary Guard Corps (IRGC) that America is not fooled by facades, but rather remains clear-eyed about Tehran’s influence over anti-American militias.

In particular, the Biden team should publicly warn Iran that if another American is killed or wounded in Iraq or elsewhere in the Gulf, then the Biden administration will suspend efforts to restart nuclear negotiations. Only a firm and clear line will safeguard U.S. soldiers operating on the frontlines of the war against the Islamic State or those protecting U.S. interests across the Middle East. An assessment period might be set during which Iran would be given time to quietly de-escalate the activities of its militia partners in Lebanon, Syria, Iraq, and Yemen.

It might seem counterintuitive to address the militia threat ahead of the more consequential effort to stop Iran getting a bomb, but how can a U.S. president sit down and negotiate with an Iranian government that is either tacitly or actively encouraging attempts to kill Americans?

Better, surely, to privately condition new talks with Iran on a visible quieting-down of Iran-backed militias in the Middle East – a non-lethal, diplomatic first step to safeguard Americans and U.S. partners across the region.

To restore deterrence, the U.S. should consider options to shake the confidence of the AAH leadership, such as a “near-miss” drone or covert action strike on a location close to its head, Qais al-Khazali, or an obvious penetration of his personal communications and computer security. If the Biden team wants to differentiate their approach from the past administration, then such “out of the box” thinking is more needed than ever.