Events this year in Michigan show that the best political strategy is to first make community colleges tuition-free. 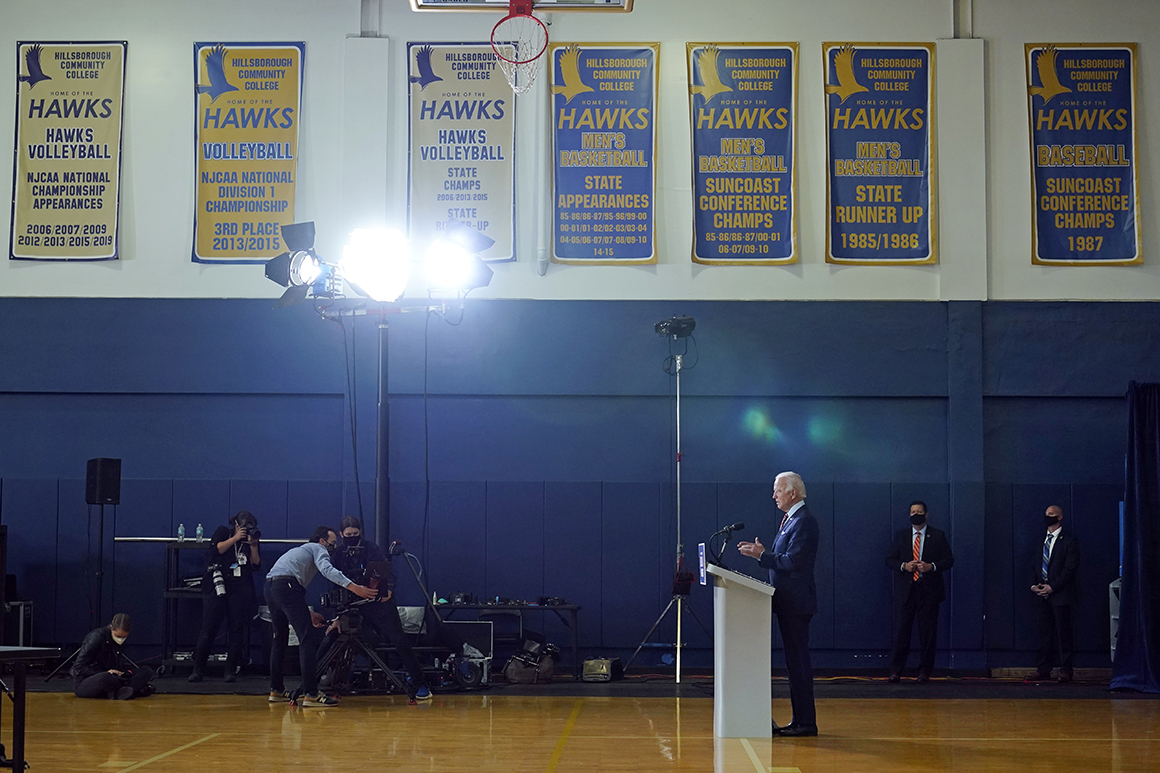 President Joe Biden took office committed to unifying the nation and finding bipartisan solutions, while also delivering on the bold promises of his campaign. Along with racial equity and tackling climate change, free college was part of that promised agenda.

As with other priorities for Biden and Vice President Kamala Harris, getting bipartisan support for free college will be a huge challenge — especially in light of a reduced Democratic majority in the House and the narrowest edge possible in the Senate. But free college may actually be one of the best opportunities Biden has to work across the aisle. Not only is affordable higher education more critical than ever to help workers reboot their skills for the jobs that will remain after Covid-19, it is also one of the most powerful ways to deliver on the racial and economic justice priorities at the center of the president’s agenda. And it can be done with bipartisan support.

The nation’s best-known free-college plan is in one of its reddest states — Tennessee — where the Tennessee Promise and Tennessee Reconnect programs enable almost every resident to pursue a two-year degree or credential without paying tuition. A dozen other states, both Republican- and Democrat-led, have followed suit with some version of tuition-free higher ed access, demonstrating the bipartisan appeal of the idea.

But probably the best argument for how a free college program can be fashioned to earn bipartisan support can be found in Michigan. Nowhere was the partisan divide greater and the battle between Republicans and Democrats fiercer than in Michigan during 2020. Armed Trump supporters occupied the State Capitol in April and plotted to kidnap Democratic Gov. Gretchen Whitmer. Then-President Donald Trump railed against “that woman” and her Covid-19 clampdown all summer. “Stop the Count” supporters chanted and banged on the windows of a convention center in Detroit as ballots were counted in the days following the election.

Yet, while these conflicts were unfolding, Whitmer used federal pandemic aid from the CARES Act to create the Futures for Frontliners program — a time-limited, free community college program for workers without college degrees who had served in frontline jobs during the pandemic — without a peep from the solidly Republican legislature that objected to virtually everything else she did in 2020. More than 100,000 workers applied for the program, which launched earlier this month.

Then, in September, at the height of the political frenzy, the same Republican-controlled legislature approved Whitmer’s request for $30 million to fund Michigan Reconnect — a more open-ended program that will allow any Michigander over age 25 without a college degree to attend community college tuition-free. The key to this bipartisan achievement was strong and vocal support from the business community, including state and leading local Chambers of Commerce that have tremendous influence on Republican legislators and understand that the success of Michigan’s economy hinges on increasing the supply of educated workers. 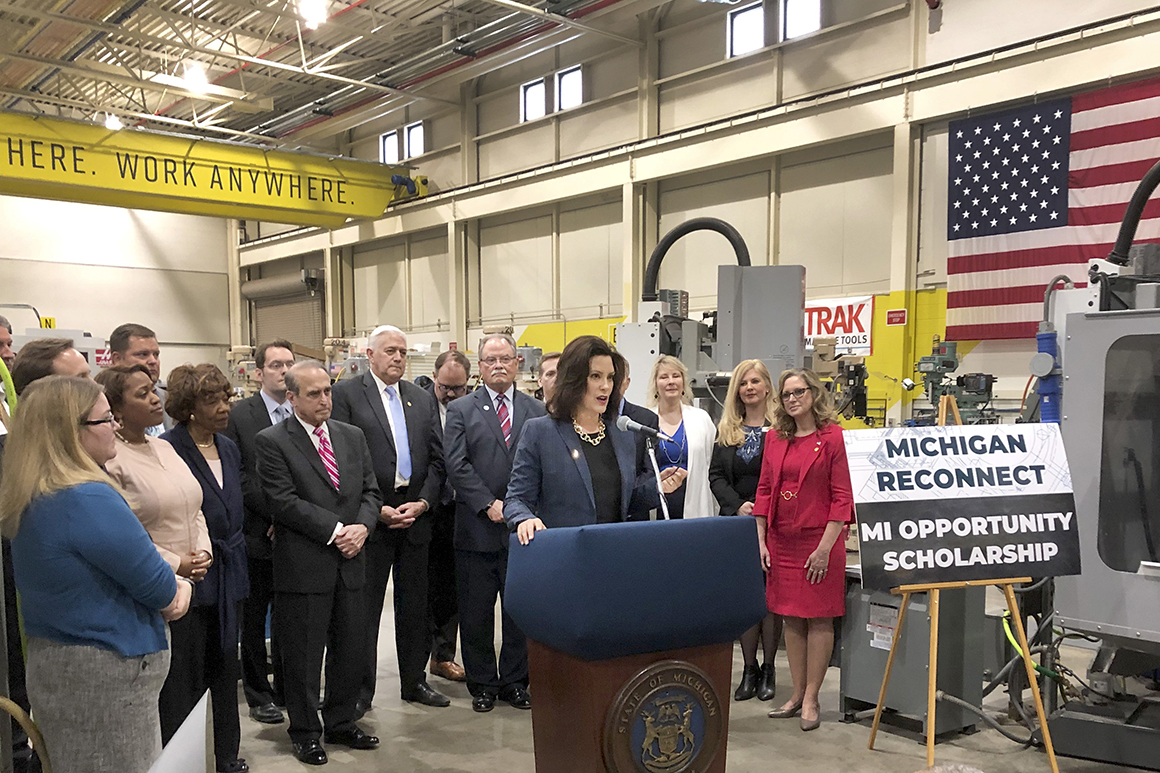 What lessons does the Michigan experience hold for the Biden-Harris administration as it pursues its economic recovery and racial justice priorities in a deeply divided nation with the narrowest of legislative majorities?

Threading the needle of free college in this environment requires buy-in from constituencies beyond the usual supporters of tuition-free college found on the progressive left. This means designing a program that can be co-championed by Republicans and draw support from the business community, which is much more likely to favor a plan that meets their workforce needs over one that is marketed as “free college.” The surest route to free college at this moment lies in pursuing the universal, tuition-free path to two-year degrees and credentials that was part of the Biden-Harris platform — and leaving aside, for now, the more ambitious four-year free-college plan.

Fifteen years of lessons from the free-college movement also show that such a program doesn’t need to compromise progressive principles. Simple, inclusive and easy-to-access programs that cover relatively short-term degrees or credentials will do the most to reach low-income and first-generation college-goers, many of them Black, Latino and Indigenous. While any free-college program is complicated by the variations across 50 states in how higher education is organized, a tuition-free community college plan is the simplest of the options and the one with the greatest impact on both economic recovery and equity.

It has the added attraction of being extremely popular. Polling data from October 2020 shows that 81 percent of respondents, including 72 percent of Republicans and 79 percent of Independents, favor a federal program that provides two years of free community college — the highest favorability rating of any option presented in the poll.

Biden should not give up on his plans for free tuition in the four-year public sector for families earning up to $125,000 a year. This, too, is a popular policy, and one that still garners majority approval (albeit at lower rates) across the political spectrum. But it is a more expensive and controversial policy, without the quick connection to meeting workforce needs offered by the two-year plan and thus less likely to draw support from businesses.

Other proposed measures, including an increase in the value of Pell grants, student loan debt relief, and changes in federal loan policies, will be easier to enact and increase affordability in the short term. Just as important and too often neglected in the discussion of free college is the need to invest in degree completion once students enroll in higher education. Expanding enrollment without providing resources for student success is a recipe for fewer, not more degrees — something the president recognizes in his commitment to what he has called a “Title I" for higher education. With a successful track record of tuition-free community college that leads to higher rates of degree completion and helps meet the nation’s workforce needs, enacting a costly four-year free college program may become slightly more realistic.

When the Biden-Harris administration is ready to make good on its free college promises — something it has committed to doing early in its tenure — beginning with the two-year sector is key to delivering the elusive holy grail of public policy: a big, bold move taken with bipartisan support.