It’s not easy to ‘drain the swamp,’ but Biden might just do it. 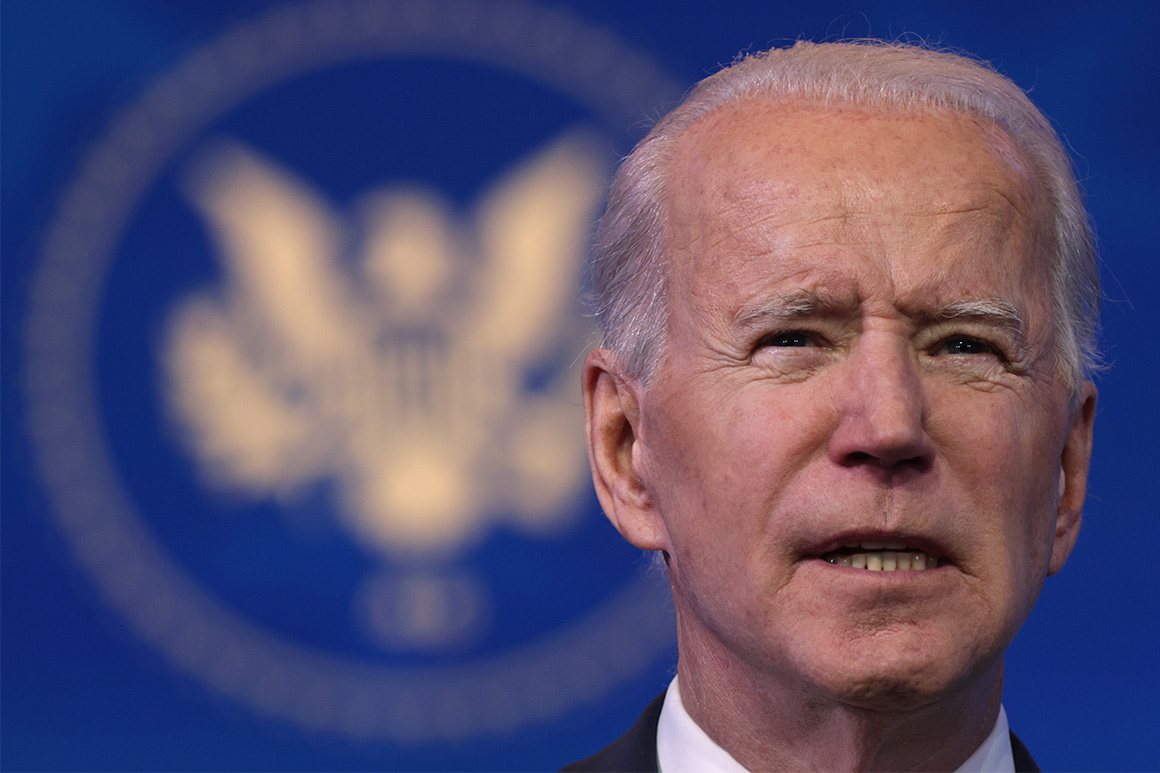 I had the privilege of implementing President Barack Obama’s demanding ethics vision for his administration, including its centerpiece, his “Day One” executive order setting tough new rules on conflicts of interest. It may seem like a very long time ago after four years of President Donald Trump, but Obama had arguably the most scandal-free presidency in memory owing to those clear ethics rules, backed by strong transparency about their application.

But Biden’s new executive order on ethics does us one better. It restores the fundamentals of the Obama plan, closing loopholes Trump opened—but going further, including new crackdowns on special interest influence. If implemented rigorously (always a big if) Biden’s plan promises to go further to “drain the swamp” than either of his predecessors.

Let’s start with what an ethics plan is. Federal law establishes the basic rules for government officials to avoid conflicts of interest and other behavior that is corrupt or appears corrupt by benefiting themselves, their families or associates. Obama went further, ordering each of his appointees to sign a pledge committing to additional safeguards on their behavior. Trump greatly watered down the standards with scandalous results. Biden has done the opposite, restoring the Obama rules and expanding them.

For example, take one of the centerpieces of the Obama plan: “Reverse” revolving door restrictions. Most ethics plans focus on officials leaving government, but in the Obama administration, we also imposed limits on those coming into government, with even tougher restrictions on ex-lobbyists. Trump’s executive order loosened those lobbying rules, lifting our limitation on lobbyists serving at an agency they lobbied. It is little wonder a flood of lobbyists inundated Trump’s administration—more than four times the number in just one Trump term than served under Obama in twice that time.

READ:  'We need his voters' in Georgia: Why Republicans embrace Trump's last stand

The Biden plan puts that core Obama restriction for lobbyists back in place, barring them from jobs in agencies they previously sought to influence. That makes sense: letting the fox into the henhouse he just stalked is simply too dangerous, as proved by the numerous controversies involving Trump officials who led agencies they once lobbied.

The new Biden plan not only fixes what Trump got wrong, it does the same for Obama’s ethics regime. For example, the Biden executive order adds a restriction on so-called golden parachutes—cash bonuses granted to executives as they leave a business to join the government. These windfalls create the perception that an ex-employee may favor her benefactor, and it is about time they ended. The Biden plan does that, restricting exit bonuses and requiring entering officials to certify that they have not accepted other benefits (such as deferred ones) in lieu of such packages. It goes well beyond existing law and is a strong step forward.

The new plan also builds on Obama's in closing the revolving door on the other side of government employment: when employees leave. Federal law imposes a one-year limit on a departing senior official communicating on behalf of clients with the agency where the official worked. In the Obama administration, we extended that to two years, on the theory that an employer might pay an ex-official to do nothing for 12 months, but 24 months is a long time for cold storage. Trump eliminated the Obama extension, farcically declaring that his officials must follow the applicable statute—which they already had to do.

Here too, Biden not only restores the Obama restriction of two years, he goes further. Now not only are officials restricted from representing clients to their former agencies, they are also cordoned off from their peers in the White House itself. This recognizes the reality that senior agency officials engage with the White House constantly and have ties there too, not just at their former agency. This rule will restrict them from using the special access and influence that follows, and they should not be allowed to use it for private gain.

READ:  ‘A lot of people are jaded’: Dems despair amid D.C. gridlock

A number of other post-employment restrictions are added as well, including materially assisting others in making communications or appearances that ex-officials are prohibited from undertaking themselves under the pledge. Here the Biden plan again improves on the Obama ethics rules by closing a loophole for “shadow lobbying”— when former officials who might not themselves be able to meet with an agency prepare and strategize with their colleagues to do so instead. There is no reason that a former official should be able to do indirectly what they cannot do directly. The Biden plan also carries over one of the few good aspects of the otherwise spurious Trump plan: restricting former officials from working as an agent for a foreign country after leaving government. But Biden also goes farther, not allowing any former lobbyists for foreign countries from entering his administration.

The Obama plan gets another upgrade when it comes to one of its most controversial aspects: waivers. These are written authorizations that make an exception to the rules when doing so is in the public interest. While working for Obama, I learned from the controversy that erupted when I started authorizing waivers that they need to be tightly regulated and highly transparent. That’s why I'm glad to see the waiver provision of the Obama plan improved. That includes a new provision that waivers be made public within 10 days and imposing much more detailed rules guiding when waivers are appropriate. Above all, the new policy makes explicit that service as a public interest lobbyist may be taken into account in deciding whether a waiver shall be issued; there is no reason that someone who advocates on behalf of charitable causes should be on the same footing as a corporate lobbyist.

Not in Biden’s executive order but critically important to its success is another recently announced step: restoring the Obama-era policy of releasing White House visitor records that Trump ended. When everyone knows who is visiting the White House, its employees don’t schedule meetings they shouldn’t, and are too busy to sneak off campus for them (much). So the tough Biden ethics rules will be reinforced by the restored visitor records policy. While the specifics have not yet been released, arrangements should be made to reveal both in-person meetings and details of formal video conferences that would otherwise have been in person.

Is the new Biden plan perfect? Of course not. Even more restrictions could have been loaded on prior relationships coming into government and even longer exclusions onto officials leaving the administration. Corporate lobbyists could have been barred altogether, and public interest ones automatically waived in. But all of those strictures would have come at a cost of finding the right people to do the urgent work of government in a time of pandemic, economic crisis, domestic unrest and continued foreign war.

Biden’s ethics plan is the strongest, most ambitious swamp-draining plan ever. All of us will be watching to make sure it is scrupulously followed. If it is, cleaner government lies ahead—finally.