One space executive sees warning signs that the new administration does not fully appreciate what is at stake. 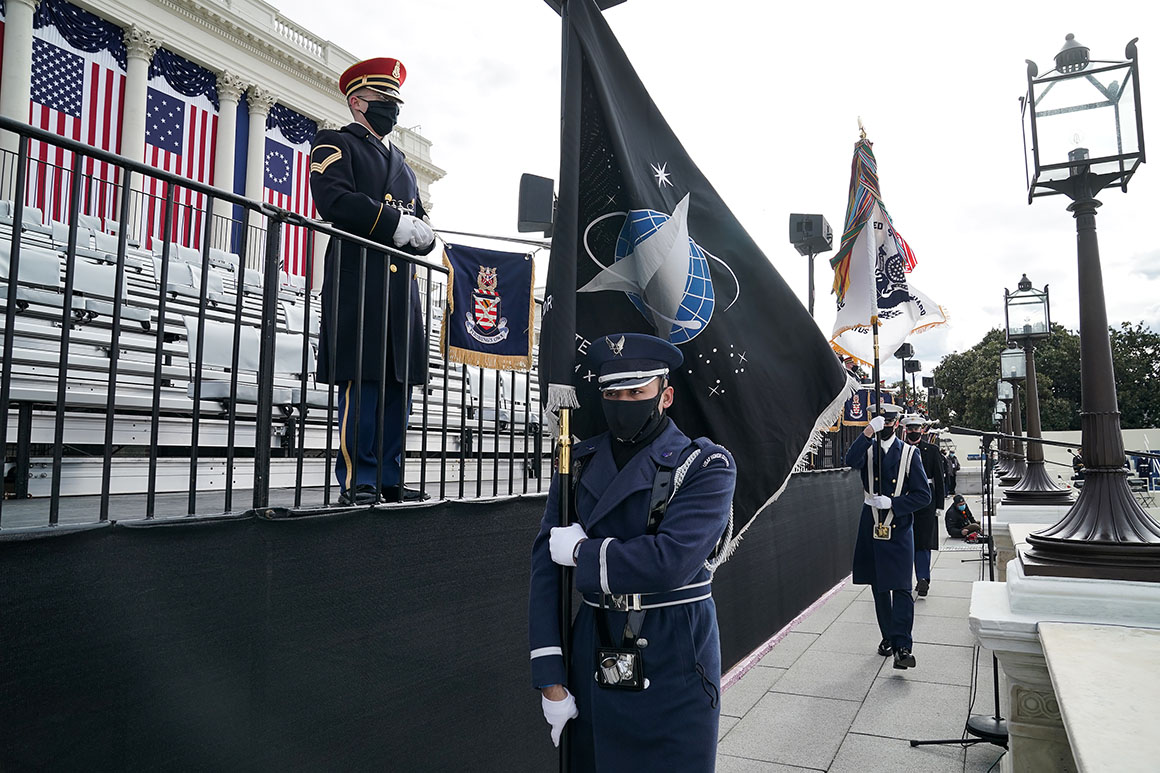 The early signs coming from the Biden administration have more than a few of us worried about its approach to space policy.

The decision to assign oversight of space to the National Security Council has fueled speculation that the high-level National Space Council will be discontinued. And it comes at a time when a similar lack of seriousness by White House Press Secretary Jen Psaki and her flippant comments about the Space Force are playing out in the media.

The two recent events beg the question: do President Joe Biden and his senior advisers truly appreciate the gravity of the situation and the opportunities before us in the final frontier?

The rumors of dismantling of the National Space Council should give us all pause. Resurrecting the council in 2017 and putting the vice president in charge was vital to focusing senior government and industry leadership on organizing the U.S. and the world for a space century.

Which is exactly why 17 industry groups representing hundreds of companies critical to our nation’s space future have recently endorsed keeping it. Retaining the council “will provide stability and continuity to the United States’ space endeavors, enabling historic exploration and scientific achievement,” they wrote in their letter to President Biden’s chief of staff. Its continuation would reflect that space is a real priority for our new president.

Serious space questions need to be addressed in the next few years that require senior attention and active support across the executive branch.

Should one person who has the financial resources of many nations combined be allowed to build and launch thousands of satellites, effectively gobbling up public space that effectively belongs to all of us? How can the commercial space sector be regulated to encourage small business growth so it is not monopolized ? How should our export control regime be updated responsibly to ensure fair play among nations? How can we better leverage diplomacy as a check against anti-competitive Chinese business practices? Is the military industrial complex model created last century still the best framework for executing government policy? What is the best combination of policies that inhibit space debris and ensure future generations don’t inherit orbital “brownfields?”

One specific policy issue that the National Space Council is uniquely situated to manage is the evolution of the United States Space Force, the new branch of the military that is now charged with the precious task of protecting the heavens and ensuring free and fair access to space. The Space Force must protect and defend a contested domain where commercial companies and developing countries are increasingly operating. It must create a culture to recruit and retain world class intellects and leaders. And there is no military precedent in a world more defined by artificial intelligence, autonomous robotics and machine learning, than bullets and bombs.

The U.S. Space Force must partner closely with the commercial and civil economy in a way never done before. In the coming decades, it must become a military service that understands, partners with, and sometimes supports commercial and civil needs before warfighting requirements. Guidance from the highest levels is essential for the Space Force to be successful.

To date, however, no senior appointees have been nominated for the most senior space positions, including NASA administrator or the space policy and space acquisition positions in the Pentagon. As we move into summer with these unfilled, it seems to be another indication that space is not high on the agenda for the new administration.

Without the high-level attention imbued by an improved National Space Council, none of these issues will be resolved. Low earth orbit will become the opposite of its promise: a no man’s land of discarded satellite and rocket debris. What’s left might be exploited commercially, but only by a handful of the ultrawealthy while small business owners are kept out. The unique ability of the space sector to promote commerce, enhance international trade and strengthen diplomacy will be greatly diminished. Throughout history, these are the statesmen’s best tools to prevent military conflict.

If the Biden administration cannot see the value in the National Space Council to lead a whole-of-government policy coherence for a new century, it should disband it. Simply pretending it is important but assigning it no clear purpose would actually slow down progress and be a waste of time and resources for the hundreds of people trying to make it useful.

Looking ahead, the decisions the current administration must make regarding the Council, the Space Force, NASA and commercial space policies will determine whether space can remain a safe, nonpartisan domain for an economy to flourish or become an inhospitable orbital minefield where only military hegemons joust for supremacy.

Charles Beames is executive chair of York Space Systems and chair of the SmallSat Alliance.