Biden and Harris are right to be skeptical of calls to ban hydraulic fracturing, and the science on climate change backs them up. 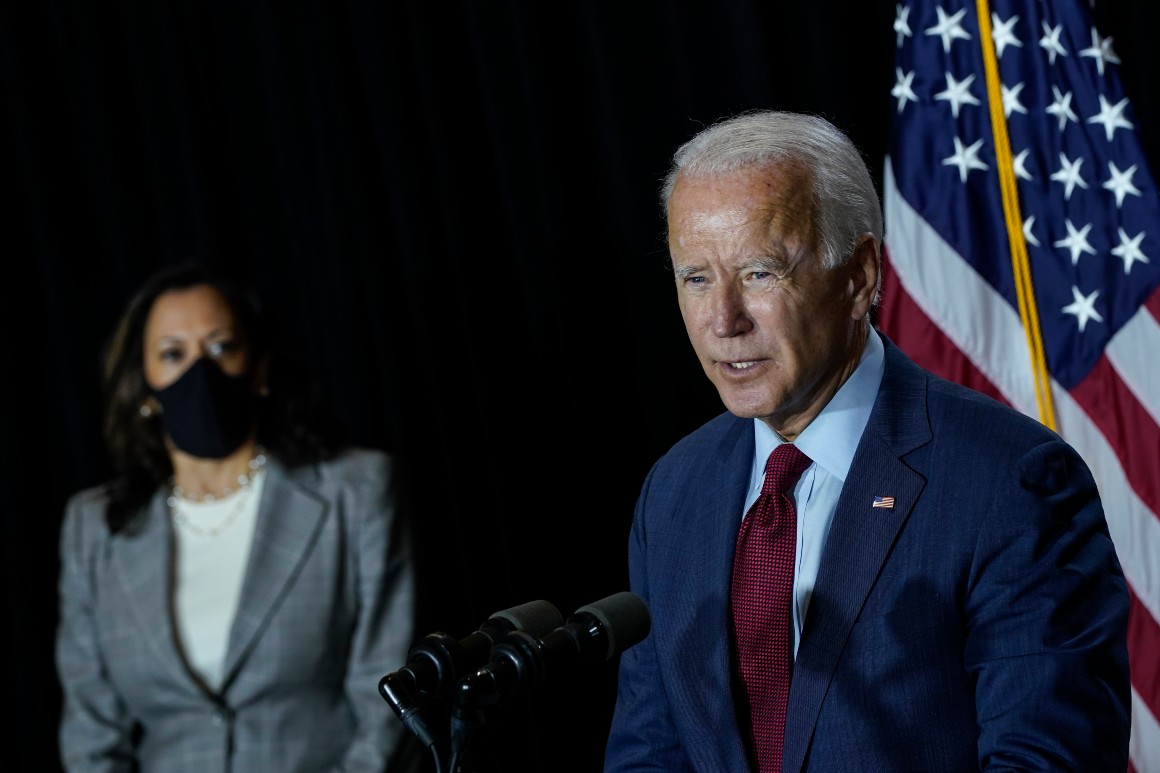 Hydraulic fracturing — the controversial oil and gas extraction method usually called “fracking” — has divided Democrats and the political left for a decade now. Many in the environmental community claim that allowing fracking is incompatible with climate action. Others, including Joe Biden and Kamala Harris, take a more nuanced position: During their respective debates, both Biden and Harris emphasized that a Biden-Harris administration would not ban fracking.

While most environmental groups tend to be on the side of a ban, there are actually strong environmental justifications for Biden and Harris’s light touch on fracking today. In fact, there are reasons to worry that even a partial ban on fracking could slow decarbonization efforts in the near-term. What’s more, the deployment of some clean energy technologies could depend, perhaps counterintuitively, on fracking.

Fracking, which involves pumping chemicals at high pressure underground to extract gas from shale rock formations, has driven a revolution in the U.S. fossil fuel sector, doubling natural gas production since 2005. That surge has pushed down prices dramatically, making natural gas-fired electricity much more cost competitive with coal power. Today, coal accounts for only 23 percent of U.S. electricity generation, compared to over 50 percent two decades ago; much of that shift is due to the fracking boom.

According to the federal Energy Information Administration, coal-to-gas switching has driven the majority of CO2 emissions reductions in the power sector every year since 2005. And while methane releases are an important downside to gas use that needs to be better addressed, even taking them into account, natural gas is still better for the climate than coal.

Another fear of environmentalists is that the expansion of natural gas will slow the adoption of cleaner renewable energy. But the shale gas revolution has not demonstrably reduced the impressive growth of solar and wind power. Since 2005, wind generation has risen by over a factor of 15, and solar by over a factor of 140. Experts at the National Renewable Energy Laboratory have observed that, because natural gas plants are so flexible in terms of when they start and stop production, they actually pair well with solar and wind power, whose output is intermittent.

READ:  Trump relaunches his fundraising machine after months of quiet

By all appearances, natural gas production in the United States has acted exactly like the “bridge fuel” many imagined it would, providing an interim step in energy development from legacy fuels like coal and oil to the renewables of the future. It is a bridge that will ultimately have to end to meet the Biden campaign’s goal to decarbonize the power sector by 2035, but in the meantime natural gas is both helping dismantle the old fossil fuel economy while laying the groundwork for a new, renewable one.

Biden and Harris are clearly not interested in cutting that bridge off abruptly, a step that would offer a lifeline to coal power which is currently operating at less than half capacity and could easily ramp back up if gas prices rise. Nor are they likely interested in scaring away voters in Pennsylvania, Ohio and other oil-and-gas-heavy swing states. What’s more, since the vast majority of U.S. fracking occurs on private lands, even the Biden campaign promise to end new fracking leases on public lands might amount to little more than a symbolic gesture.

But while a ban on fracking on public lands would likely have little impact on total U.S. natural gas production, it could do serious harm to another renewable energy sector: new enhanced geothermal systems. This technology, known as EGS, often depends on hydraulic fracturing technologies and techniques to extract heat from deep rock formations. And though geothermal generated only 0.4 percent of U.S. electricity in 2019, there are signs that it could be on the verge of a boom; one estimate suggests that EGS systems could supply 1,300 times more energy than conventional geothermal technologies. 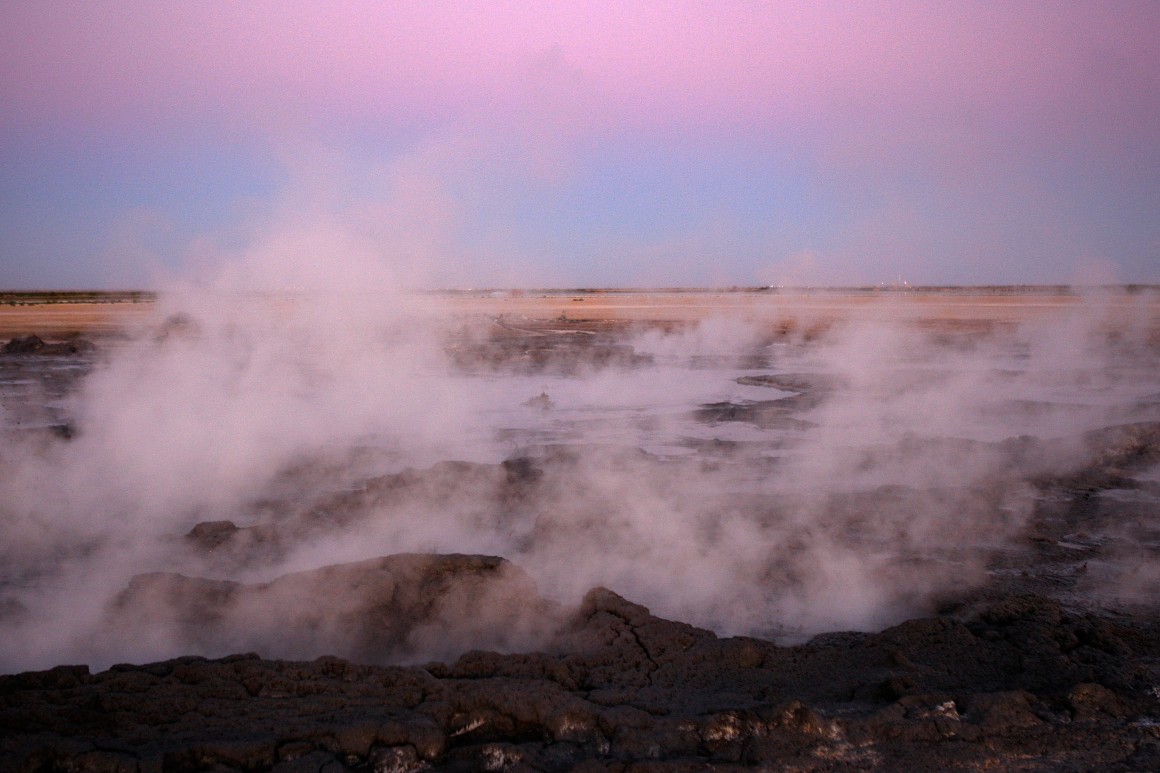 This is where avoiding a blanket ban on new fracking on public lands could be critical. Unlike natural gas, the best geothermal resources are spread across the American West, where the federal government manages almost half the land. So while the limited impact on natural gas production might well be an intentional feature of the Biden-Harris plan, the possible impacts on the nascent geothermal industry are certainly a bug.

Restricting natural gas development would have knock-on effects on other industries that also need to be considered. The electric power sector only consumes about a third of the natural gas produced in the United States. Another third goes to industrial applications, such as synthetic fertilizer and petrochemicals production. Unlike electric power, there are currently few affordable and scalable technological alternatives to natural gas in these industries. Ending natural gas consumption in our factories will require technological innovation of similar scale and scope to what we’ve achieved in the electric power sector. Limits on supply will have limited effect until that point given the lack of alternatives.

We may even want to produce some natural gas in the long term. Energy experts increasingly agree that more firm, non-intermittent clean generation — geothermal, advanced nuclear, gas with carbon capture — as well as cheaper energy storage, electricity grid modernization and expansion, are all needed to support large amounts of intermittent renewables. There are reasons to be hopeful about a new generation of integrated natural gas with carbon capture power plants — a technology that can capture CO2 from gas generation and bury it in stable underground geological formations. So-called “Allam cycle” plants may be able to capture carbon emissions for storage or reuse with relatively low costs. Carbon capture on electric power and industrial plants could keep natural gas around for a long time, just with a fraction of the CO2 the emissions.

READ:  Soaring prices draw both shrugs and screaming in Washington

Of course, to achieve a truly low-carbon economy, the “natural gas bridge” must end at some point. While gas has around half the long-term climate impact of coal, half the emissions is still far too high given that we ultimately need to bring emissions all the way down to zero to stop climate change. The success of a new generation of carbon capture technologies might allow for a low-carbon future without an end to fracking. Or, perhaps, solar, wind, advanced nuclear, EGS, and other low-carbon alternatives might obviate the need for much if any fracking in the future.

Either way we need to prioritize closing coal plants in the short-term, and move away from natural gas by gradually replacing it with clean energy alternatives; abruptly ending fracking today would make that decarbonization process harder, not easier.