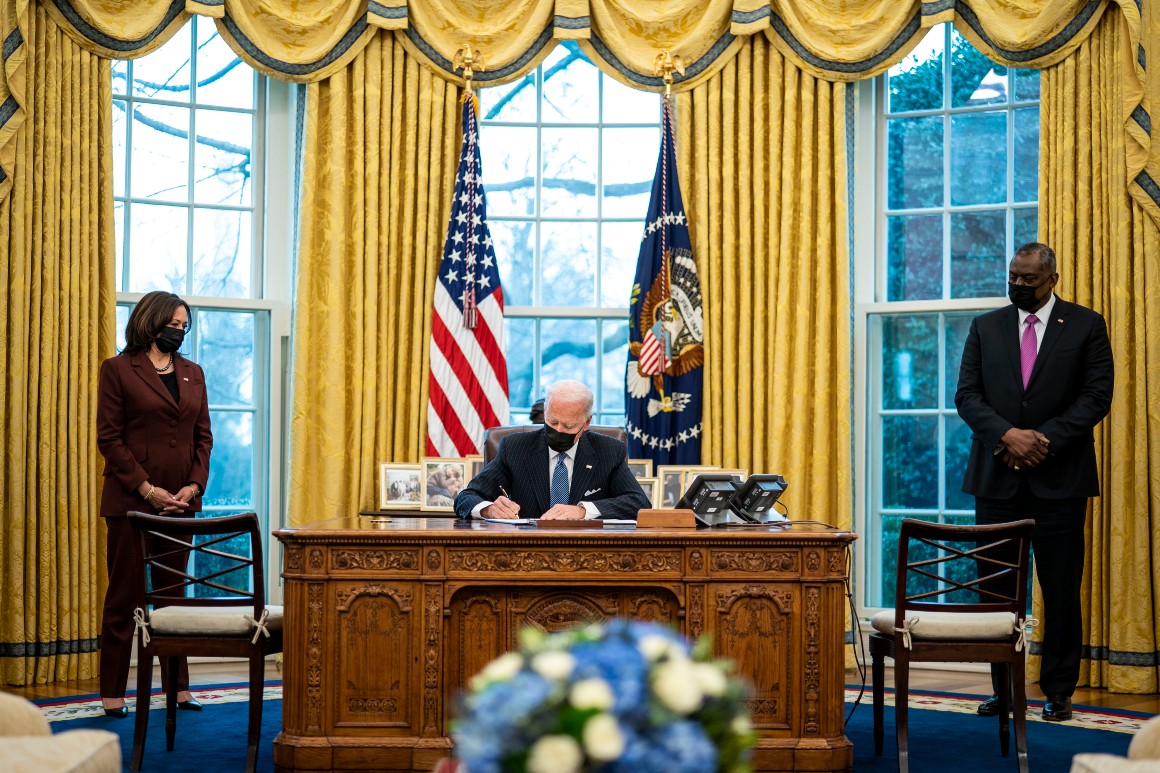 President Joe Biden has proved in his first week of office that, if nothing else, he has a pen and a phone.

According to the Economist, Biden signed more executive orders in his first two days than Donald Trump signed in nearly his first two months.

And he was just getting started.

Republicans have no standing to complain about Biden’s spate of unilateral measures, given they were fine with Trump implementing as much of his agenda as possible by exactly the same means. But that presidents of both parties now govern this way doesn’t make it better—it makes it worse.

Some executive actions starkly usurp congressional authority or violate the Constitution, while others are firmly within the executive’s ambit. Yet the sheer amount of activity that presidents undertake on their own isn’t in keeping with the spirit of our constitutional system.

The presidency has overawed a legislative branch that is only too willing to sign over power and responsibility to the executive. Congress has been an eager participant in its own neutering.

James Madison thought the legislature would be insatiable, steadily accumulating power. Instead, it is the least self-respecting branch, led by men and women who identify with the interests of presidents and their own parties over and above the interests of their own institution.

This means that Congress is more or less cut out of the action on important questions of national policy. Obama blocked the Keystone XL pipeline, Trump blessed it, and Biden blocked it again.

Obama took us into the Paris climate accord, Trump took us out, and Biden is taking us back in.

Consider what Biden did on his own on Wednesday.

He directed the Interior Department to stop new oil and gas leases on federal land, to review current leasing practices and to identify steps to double renewable energy production by 2030.

And on the seventh day, Biden rested (after tucking his pen back in his pocket).

If Congress had passed a bill doing all this, it’d be considered a pretty active day. Instead, of course, Congress stood on the sidelines ... and commented.

Schumer’s only complaint is that Biden isn’t doing more on the climate on his own authority.

This is the same Chuck Schumer who has been a legislator since 1975 when he took a seat in the New York State Assembly, who has been in Congress since 1981 and the Senate since 1999, and who ascended to majority leader just a week ago, representing the apex of a national legislative career.

And yet Schumer appeared on “The Rachel Maddow Show” the other night and urged Biden to declare a national climate emergency because “he can do many, many things under the emergency powers ... that he could do without legislation.”

This would be like Chief Justice John Roberts giving Biden advice on how to pack the Supreme Court—except it’s unimaginable that a Supreme Court justice would be so openly disdainful of the legitimacy and prerogatives of his or her own institution.

This is a particular congressional disease, and a long-standing one. As Yuval Levin of the American Enterprise Institute, who has thought deeply about this problem, wrote in an essay for Commentary magazine, Congress has been delegating its authority to the executive branch for some time. What’s new is that partisanship has created a loyalty for members of Congress that transcends their attachment to Congress itself, while more and more members consider their position in Congress merely a platform to get attention rather than to legislate.

What is to be done? Levin suggests various reforms—a more a manageable budget process, more emphasis on oversight, more off-camera deliberations—that might make Congress more effective. But there’s no substitute for Congress caring about its own standing.

“Congress is weak and dysfunctional because that suits its members,” Levin writes. “It could renew itself only if its members wanted such renewal.”

All indications are that, no, it is perfectly content to be supplanted by the pen and phone.