CT scan results of a broken foot are fine but they shouldn’t be confused with a truly open administration. 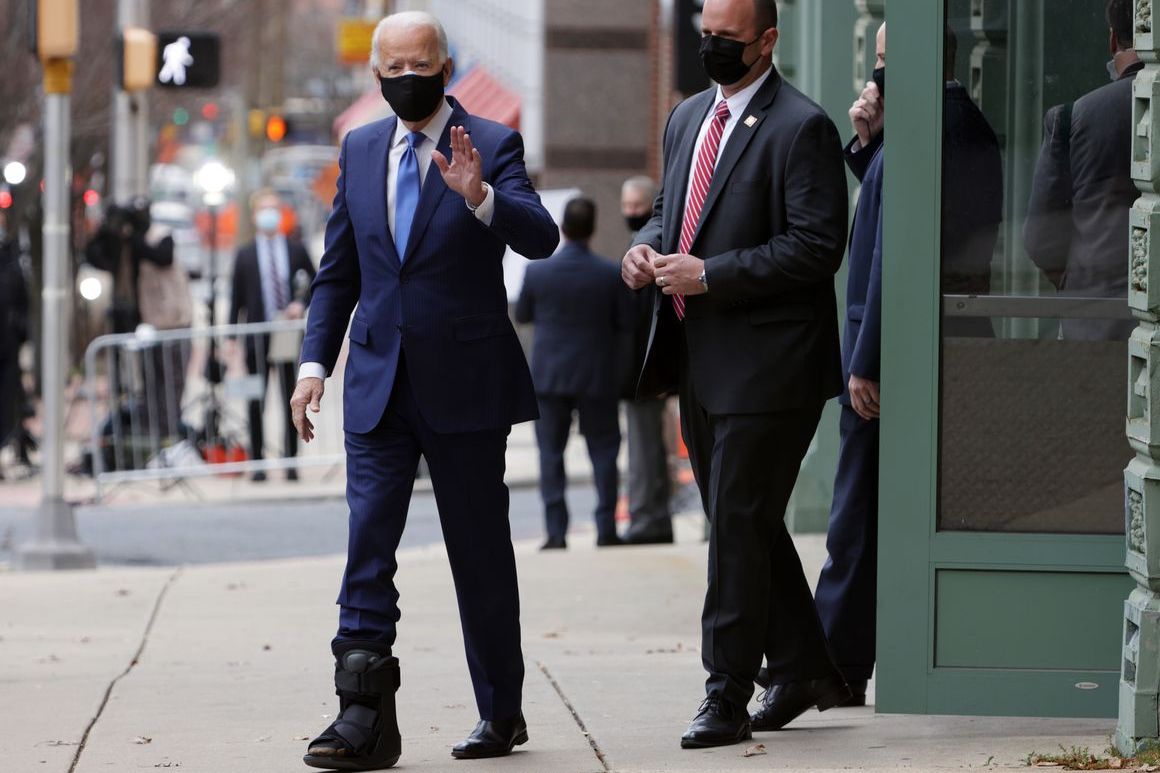 After the Trumps depart from 1600 Pennsylvania Avenue, allowing the custodial crew to deep-clean the residence, the White House will have undergone a stylistic scrubbing before Joe and Jill Biden move in. Or so some in the press corps have prepared us to believe. CNN’s Chris Cillizza compared the candor the Biden camp lent to Biden’s broken foot with Donald Trump’s unscheduled and still-unexplained trip to Walter Reed National Military Medical Center slightly more than a year ago. Biden’s frankness boded well for transparency in the new administration, Cillizza wrote. “Let's see if the President-elect and his team can stay committed to full transparency about his health in the coming years.”

If Trump was listening, he surely disagreed. He has periodically proclaimed himself the most transparent president in the nation’s history. Each time he made his claim, the fact-checkers and truth-squaders would rush to the battlements to document the president’s rather cloudy oeuvre. They reported that he had withheld his income tax returns; rejected congressional subpoenas and blocked administration officials from testifying before Congress; concealed data on the climate, immigration enforcement, the environment, and the Pentagon; muzzled government scientists; shut down regular White House press briefings; and much more. Some weeks it seemed the Trump administration was a tug-of-war between the president and reporters over his transparency claims.

If not transparent, what do we call a president who has projected his thought-stream so generously, during political rallies, while boarding Marine One, at pressers, in on-air conversations with Fox hosts, and most conspicuously in the thousands and thousands of tweets he has flung like water balloons from on high? Chatterbox? Motormouth? Gasbag? Big Mac-powered Yenta? Trump is like a dog with an unquenchable itch—forever unloading the contents of his mind even if it doesn’t relieve his impulse to speak.

Over-exposure does not transparency make. As has been noted, there’s been something strategic about Trump’s steady palaver. It has served him time and again by allowing him to set and reset the news agenda to terms more to his liking, to cloak and mute other, less flattering news. Back in May, for example, Trump displaced the breaking news about his firing of the State Department inspector general by revealing that he was taking hydroxychloroquine, sparking several days of deep and silly coverage of his new drug of choice.

The press got hooked on Trump’s waving tentacles early on. How could they not? His behaviors were novel, making them newsworthy beyond the fact that his ravings were coming from the mouth of a president. Reporters could have quarantined the obvious Trump stunts from genuine Trump news, but often it was hard to tell them apart. How serious can he be about election fraud? What is this thing he’s calling “Obamagate”? Hunter Biden’s laptop? His flirtations with QAnon and white supremacy? The deep state war against him? His endless insults? Wind turbines causing cancer? His Covid-19 bleach regimen? The Joe Scarborough “murder conspiracy”? And that’s just the short list.

Trump benefited from arriving in the White House after two press-hostile administrations—Bush II and Obama—had successfully boxed the press out. Finally, reporters sighed, here was an administration that would at least engage them, but they never really knew what they were in for. At the beginning of the Trump administration, reporters tended to regard the president’s political Tourette’s symptoms as aberrations. They expected that as he grew into the role of chief executive and his team exercised message discipline on him that over time his uncouth behaviors would vanish like growing pains. Instead, of course, his crazy-talk got crazier as “Let Trump Be Trump” became the official policy. I’d like to think I was immune to all the news detours Trump erected over the past five years, but even by debunking and decoding them in my columns as PR acrobatics, I probably helped contribute in some small way to the shock therapy that was his presidency.

READ:  'We Know Occupation': The Long History of Black Americans’ Solidarity with Palestinians

Knowing that even their tiniest of utterances can move financial markets and kindle international incidents, most presidents have refrained from conducting stream-of-consciousness administrations. This moderation created a relative scarcity of presidential news. When Trump arrived, he glutted the news market with his inventory of put-downs, outrages and non-sequiturs, creating a glorious make-work project for not just the White House press corps but anybody who covered Washington. Between Trump’s utterances and the leaks from back-stabbing, grudge-settling, paranoid executive branch staffers, the administration succeeded in flooding “the zone with shit,” to pinch Steve Bannon’s comment on how best to bamboozle the press.

The arrival of mild-mannered Joe Biden will test a White House press corps that has been trying to do serious work in a sea of sewage for the past four years. The first job will be to redefine presidential transparency in objective terms. How much data about the administration’s inner-working will the Bidenites release without lawsuits? How candid will the briefings be? Will Biden make himself available to all of the news networks for grilling? Will Biden refrain from issuing the sort of self-contradictory and fallacious statements that caused the Trump press corps to chase its own tail?

We can anticipate Biden confessing the small stuff like a broken “lateral and intermediate cuneiform bones.” But when it comes to shaping policy and running the federal government, we can’t expect Biden will share any more than the tight-lipped Obama-Biden administration did—the team that maintained the secret domestic surveillance that Edward Snowden revealed. Biden proved on the campaign trail that he disliked sharp, inconvenient questions like those about “court-packing,” and snapped at reporters rather than answering succinctly. He snapped at a reporter who asked about his cognitive abilities. And he snapped at a reporter who asked him about the New York Post cover story about his son Hunter. Not very open. Not very transparent.

The best we can hope for from Joe Biden will be a president who doesn’t camouflage his exhibitionism as transparency and performs his duties in a way that the news coming out of the White House is more about the presidency than the president himself.

Send make-work to Shafer.Politico@gmail.com. My email alerts are opaque, my Twitter feed translucent, and my RSS feed damn near invisible.