He said he was “wildly enthusiastic” about resurgent activism but felt he couldn’t get in the way of investigations, including the deaths of Trayvon Martin and Michael Brown. 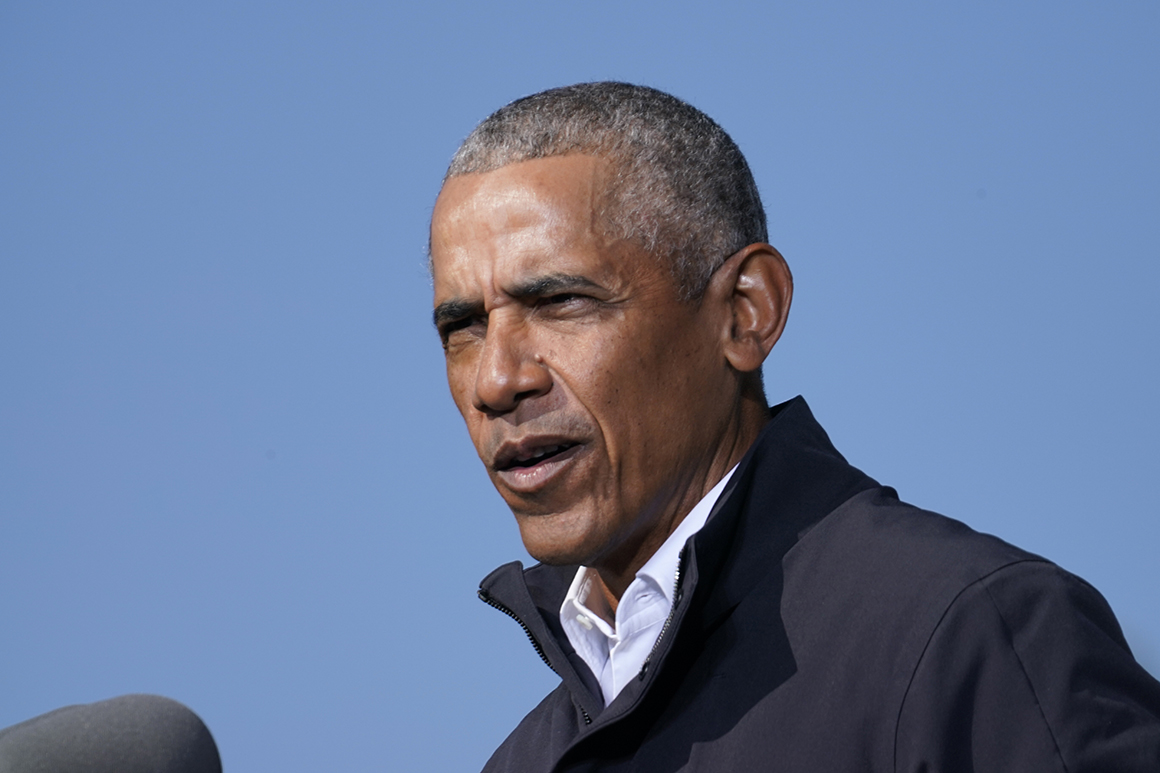 Former President Barack Obama on Wednesday said that while he was “wildly enthusiastic” about the resurgence of activism during his presidency, he often felt limited by “institutional constraints” that kept him from commenting on federal investigations into certain killings, including of the Black teenagers Trayvon Martin and Michael Brown.

Obama said that unlike former President Donald Trump, he followed the notion that the Justice Department was independent.

“I did not in any way want to endanger their capacity to go in, investigate and potentially charge perpetrators, which meant that I could not come down or appear to come down decisively in terms of guilt or innocence,” Obama said in a virtual gathering with the My Brother’s Keeper Leadership Forum, where he discussed a year of activism following the murder of George Floyd in May 2020.

The Obama presidency saw many instances of civil unrest stemming from shootings of Black people, including by law enforcement. After a not-guilty verdict was delivered in 2013 for George Zimmerman, the Florida neighborhood watch volunteer who killed 17-year-old Martin in 2012, Obama got personal with reporters.

The administration took action through an executive order in 2014, when Obama established the President’s Task Force on 21st Century Policing after the fatal shooting of Brown, 18, in Ferguson, Mo.

Obama said he was proud of how his administration reshaped the Justice Department’s approach to these problems, but added that he found it difficult to convert “passion and concern” into political action, not only at the federal level but also at the state and local levels, where many criminal justice and policing decisions are made.

READ:  Opinion | Why Aren’t Any Evangelicals on the Supreme Court?

Another member of Wednesday’s panel, Mayor Ras Baraka of Newark, N.J., talked about his city’s yearslong progress toward police reform. In 2020, it was reported that officers in Newark didn’t fire a single shot.

A 2014 Justice Department report on Newark’s police department revealed a pattern of unconstitutional stops, arrests and use of force, with most of these violations targeting Black people. In 2016, shortly after Baraka took office, the city agreed to a settlement and a series of reforms with a five-year deadline.

The department has since implemented anti-bias training, revamped its use-of-force policies, stepped up its investigations into excessive force and worked on community relations. Baraka also said the police department’s makeup is now more reflective of the community it protects.

Obama asked the mayor about how he balances his work to reimagine policing in Newark, while also addressing concerns from constituents about violence prevention. Baraka said Newark recently dissolved one of its precincts and converted it into a violence prevention and trauma recovery center, with hopes to expand what public safety looks like.

“We have to change what our viewpoint is of public safety and get people to understand that there’s more ways for us to reduce crime and violence,” Baraka said. “We can reduce crime and also reduce arrests, which means there’s no real causal relationship between arrests and a reduction of violence and crime.”