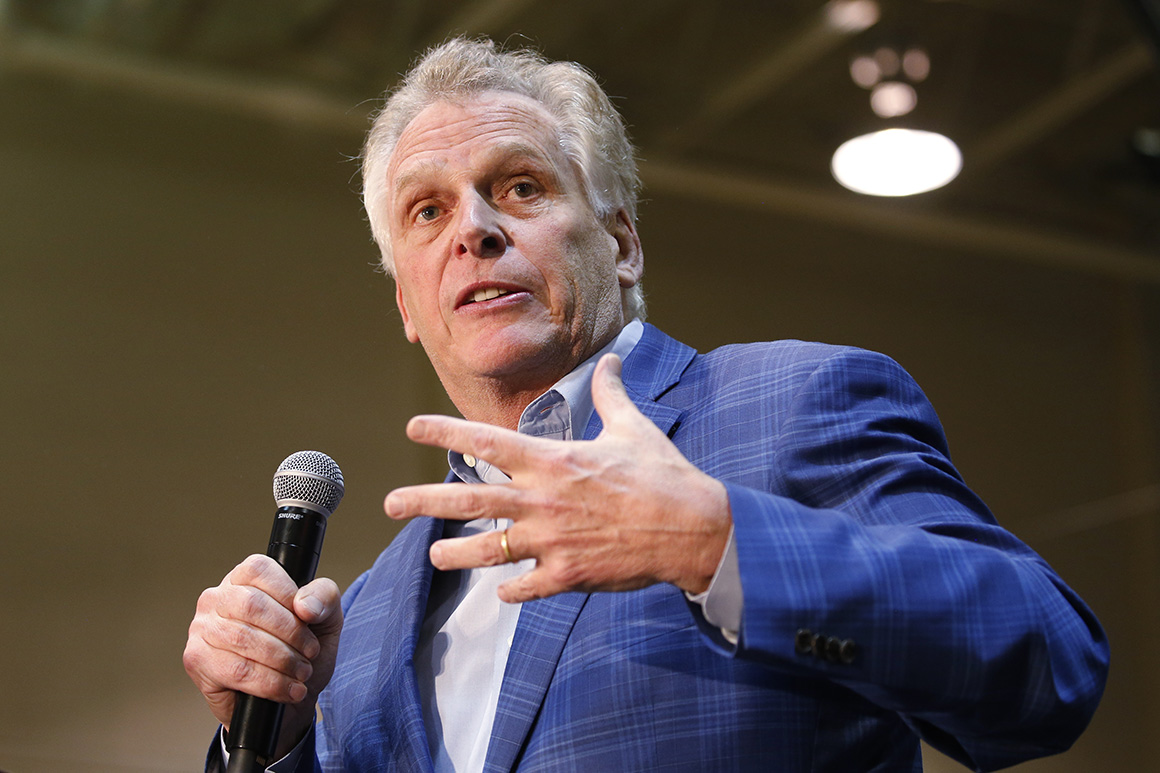 Virginia Gov. Ralph Northam on Thursday endorsed Terry McAuliffe in the state’s Democratic gubernatorial primary, backing his predecessor out of a historically diverse field of candidates.

“While our Commonwealth has faced the most severe pandemic in our lifetimes this past year, I am so proud of the work we have done to turn the corner and bring Virginia into recovery,” Northam said in a statement. “The longer-term impacts of this pandemic, however, will be around long after I leave office, and it’s critical that our next governor has the plans and experience to continue the fight to rebuild Virginia into a stronger, more equitable future. That’s why I am so proud to support Terry McAuliffe to be our next governor.”

McAuliffe, who served a single term after he was elected governor in 2013, also previously served as chair of the Democratic National Committee from 2001-2005. He is a prolific Democratic Party fundraiser and a political ally of the Clinton family, serving as co-chair of former Democratic presidential nominee Hillary Clinton’s first White House campaign in 2008.

The state constitution prohibits Northam from seeking a second consecutive term in office, while McAuliffe — the frontrunner in the June 8 primary — is running to become the first Virginia governor to serve a second term in nearly a half-century.

Northam also picked McAuliffe over his own deputy in Richmond, Lt. Gov. Justin Fairfax, who continues to dispute sexual assault allegations made against him in 2019, at the same time Northam became embroiled in a blackface scandal. Numerous national Democrats called on Northam to resign as a result of the episode — including McAuliffe.

The Associated Press first reported the news of Northam’s endorsement. Northam and McAuliffe are scheduled to appear together at two campaign events Thursday, in Norfolk and Alexandria.

Republicans will pick their nominee in a May 8 party-run "firehouse primary," with roughly three dozen voting centers set up by the state GOP on a Saturday for preregistered voters to cast their ballots.