The president has repeatedly questioned his own administration’s experts as the pandemic threatens his reelection effort. 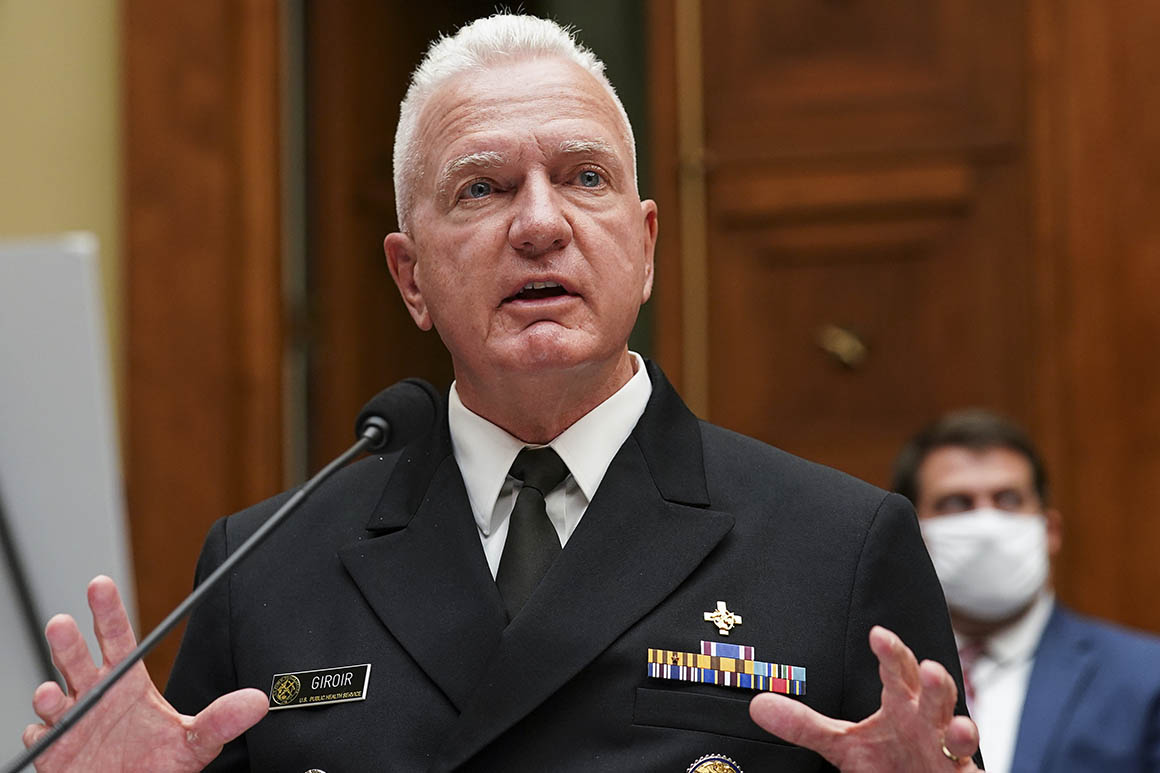 “Look, we may occasionally make mistakes based on the information we have, but none of us lie. We are completely transparent with the American people,” Giroir told NBC’s “Today” show.

Giroir’s remarks came after Trump retweeted a message Monday from Chuck Woolery, the conservative former game show host, who wrote online: “Everyone is lying. The CDC, Media, Democrats, our Doctors, not all but most, that we are told to trust.”

Asked about that social media post Tuesday, Giroir was dismissive. “I’m a physician. I’m a scientist. I’m not a Twitter analyst. And to be quite honest, I don’t spend time looking at any of that on Twitter, because who knows what it means or how it's interpreted,” he said.

Giroir also sought to defend the integrity of the White House coronavirus task force amid recent efforts by the president and the White House to discredit the very administration officials tasked with combating the pandemic.

Trump has expressed particular frustration with Dr. Anthony Fauci, the country’s top infectious disease expert. Over the weekend, the White House provided various news outlets with a list of statements the immunologist made in the early days of the outbreak in the U.S. that could appear damaging in retrospect.

READ:  Pension funds face pressure from all sides over attempts to go green

“None of us are 100 percent right. That’s why we have multiple diverse views there,” he said. On Sunday, however, Giroir was less embracing of Fauci as reports of the White House’s smear campaign against him began surfacing.


“I respect Dr. Fauci a lot, but Dr. Fauci is not 100 percent right, and he also doesn’t necessarily — and he admits that — have the whole national interest in mind,” Giroir told NBC’s “Meet the Press” then. “He looks at it from a very narrow public health point of view.”

Fauci has refrained from addressing the White House’s criticism in interviews this week, although he spoke Tuesday about the importance of not letting “anything that even smacks slightly of any ideology get in the way” of his job.

“You’ve got to just stick with the science,” Fauci told Crooked Media’s “America Dissected” podcast, adding: “And if that clashes with something that is political, then don’t get involved in any of that.”

Trump similarly targeted Redfield last Wednesday, disavowing the CDC’s guidelines for reopening schools as “very tough & expensive,” and threatening to slash federal funding to schools that do not physically reopen.

Vice President Mike Pence subsequently announced the CDC would produce “additional guidance” this week, but Redfield said he would not alter the agency’s recommendations based on Trump’s input.