SACRAMENTO — Gov. Gavin Newsom’s camp has one message for Democrats considering a California recall bid: Don’t even think about it.
Even the hint of a candidacy draws immediate condemnation from Newsom attack dog Sean Clegg, while other Newsom surrog… 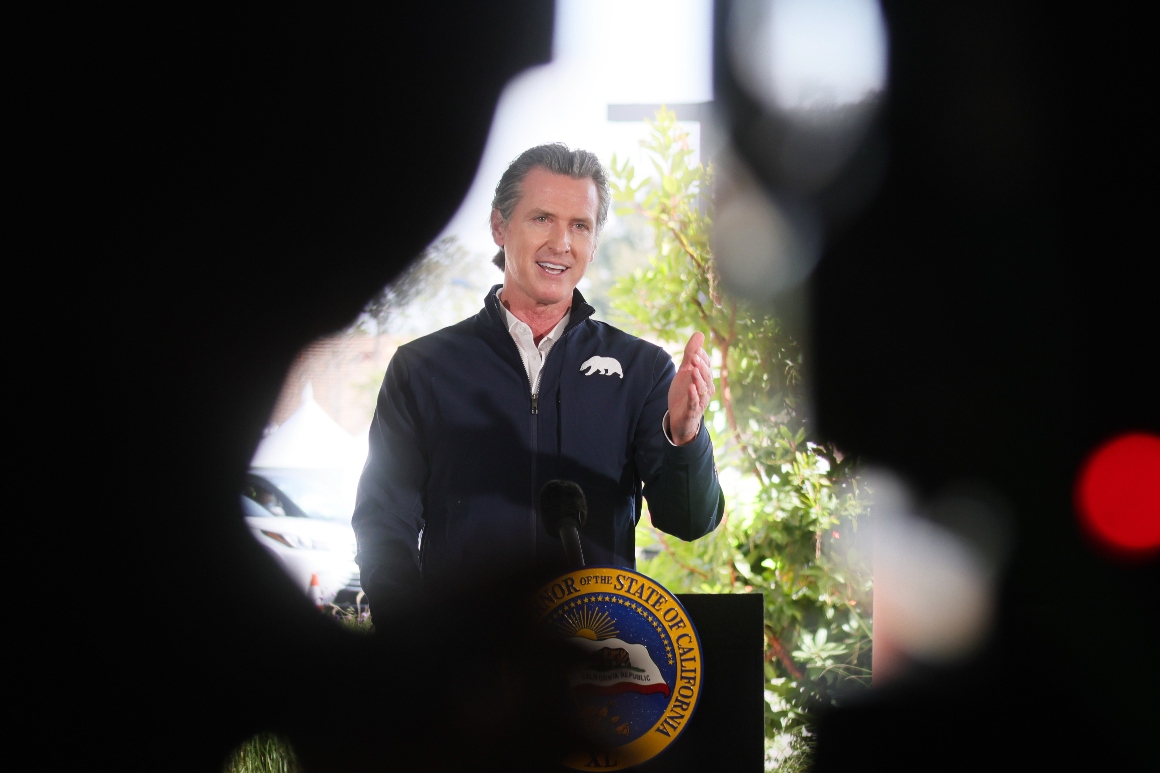 SACRAMENTO — Gov. Gavin Newsom's camp has one message for Democrats considering a California recall bid: Don't even think about it.

Even the hint of a candidacy draws immediate condemnation from Newsom attack dog Sean Clegg, while other Newsom surrogates are making clear publicly and privately that any Democratic challenger will become persona non grata in the party.

Minutes after POLITICO reported Tuesday that former Democratic presidential candidate Tom Steyer was surveying voters on his recall chances, Clegg tweeted that Steyer doesn’t want to be “the cynical, vulture-investing billionaire who bet against Democratic unity so Trump Republicans can take CA."

After former Los Angeles Mayor Antonio Villaraigosa called for California schools to reopen immediately amid talk of a potential candidacy, Clegg last week fired off a clear rebuke: “My old friend Antonio will embarrass himself and forever poison his legacy if he runs,” he wrote.

“That’s how you lose," Clegg, a strategist for Newsom, said in an interview. “We need to hold our base."

It is all but certain that California will have its second gubernatorial recall ever, likely this fall, based on an official state signature tally released last week. The state's unique recall system lends itself to a delicate intraparty dance. California asks two questions: first, do you want to recall Newsom, and second, who should replace him if the recall is successful? The rules don't allow Newsom to appear on that replacement list of contenders who would take his job.

As the prospect of a Villaraigosa candidacy gained steam in recent weeks, other Newsom allies tried to blunt that momentum. Former Assembly Speaker Fabian Núñez declined to share his private conversations with Villaraigosa and stressed that he does not speak for the former mayor, but Núñez predicted that “at the end of the day, all of the Democratic establishment and Democratic activists are going to be on the side of Gov. Gavin Newsom.”

If Democrats play their cards wrong and Newsom is recalled without a leading Democrat on the ballot as an option, a high-name ID Republican could take the top job with a quarter of the vote in one of the nation’s bluest states.

“The only time I worry about a Republican [not] winning this seat is if one credible Democrat gets in,” said Anne Dunsmore, who runs one of the recall committees that are on the verge of qualifying the election.

One Democratic lawmaker said this week that California's two-question approach needs an overhaul. "The crazy thing about our system is that many more people can vote to keep the incumbent in office than the person who ends up replacing the incumbent," said Sen. Ben Allen (D-Santa Monica).

The topic of a Democrat potentially getting into the race is the prevailing obsession among elected officials, donors and political consultants in California. There are two schools of thought. In one view, not running a backup candidate would be an unforgivable oversight that could allow a Republican to waltz into office with a plurality of the vote. In the other, a Democrat’s entry would signal weakness and disunity when Newsom needs his allies more than ever — potentially ensuring the second question is necessary.

The dance around the recall forces California Democrats to balance two elemental political motivations: self-preservation and opportunism. Any ambitious Democrat who runs and fails would topple off the career ladder into political oblivion. No one has forgotten the implosion of Bustamante after he jumped into the 2003 race. But the recall also offers a tantalizing chance to leapfrog into the governor’s office.

For now, Democrats have projected unity behind Newsom. At event after event, Democrats seen as potential contenders have pledged their fealty to the governor and lambasted the recall as a partisan distraction.

The governor’s team has also sought to squelch a challenge from the left, reaching out to progressive California Democrat Rep. Ro Khanna to enlist the support of Sen. Bernie Sanders (I-Vt.) and rolling out an endorsement from Sen. Elizabeth Warren (D-Mass.). They're trying to signal that Newsom may have sometimes fallen short, but he is far superior to a Republican.

“I made the case [to Sanders] that he really needed to weigh in, that this is a Republican attempt to take over California,” Khanna said in an interview. “I understand there may be some progressive disappointment in [progressive] goals not being achieved yet, such as single-payer, but this is the time we really need to unify against the recall.”

Newsom remains in a relatively strong position, with an approval rating hovering around 50 percent — far better than Gov. Gray Davis had before he was ousted by voters. Democrats contemplating a run are likely to wait and see where Newsom stands closer to a likely fall candidate filing deadline.

“If I’m wondering, ‘Am I going to go sailing in 90 days?’ I’m going to wait 89 days and see what the weather is,” said Rob Stutzman, a Republican political consultant who worked for Schwarzenegger.

If Newsom can’t muster a majority to fend off being recalled, a Democrat would enjoy powerful advantages on the second question of whom to replace the governor. California remains an overwhelmingly Democratic state.

The larger risk-benefit calculus could favor the entry of a Democrat who doesn’t currently hold public office and thus has less to lose. Political observers are closely watching Villaraigosa, who lost to Newsom in the 2018 gubernatorial primary. Villaraigosa, a public affairs partner at Mercury, has name recognition and could activate a political support network in Los Angeles, a power base that would counterbalance Newsom’s Bay Area roots.

The former mayor has been coy about his intentions, criticizing the recall without explicitly ruling out a run. But he has been an outspoken critic of continued school closures, a major liability for Newsom. Education policy was a dividing line in the 2018 primary, with charter allies spending millions to boost Villaraigosa and unions rallying to Newsom’s defense.

Steyer also looms. The Democratic former presidential candidate has a long history of wading into California politics, no office to lose but considerable personal wealth to fund a campaign.

And there's always a nuclear option.

If polls suggest Newsom is in serious trouble as the recall draws closer, the governor could resign from office. That would allow Lt. Gov. Eleni Kounalakis to take over the job and short-circuit the recall tied to Newsom — while undoubtedly raising the hackles of Republicans.

"In September, he could be doing great and we’ll proceed," said Democratic political strategist Christine Pelosi, daughter of House Speaker Nancy Pelosi. "But if he’s really underwater, it may be that no Democrat could win. Then, he should step down as governor and Eleni Kounalakis should be the governor, and they should cancel the election. In that case, the Democratic Party would retain the governorship."