The idea is a recurring struggle between progressive lawmakers who say it will save lives and moderate Democrats and Republicans who warn it would normalize hard drug use. 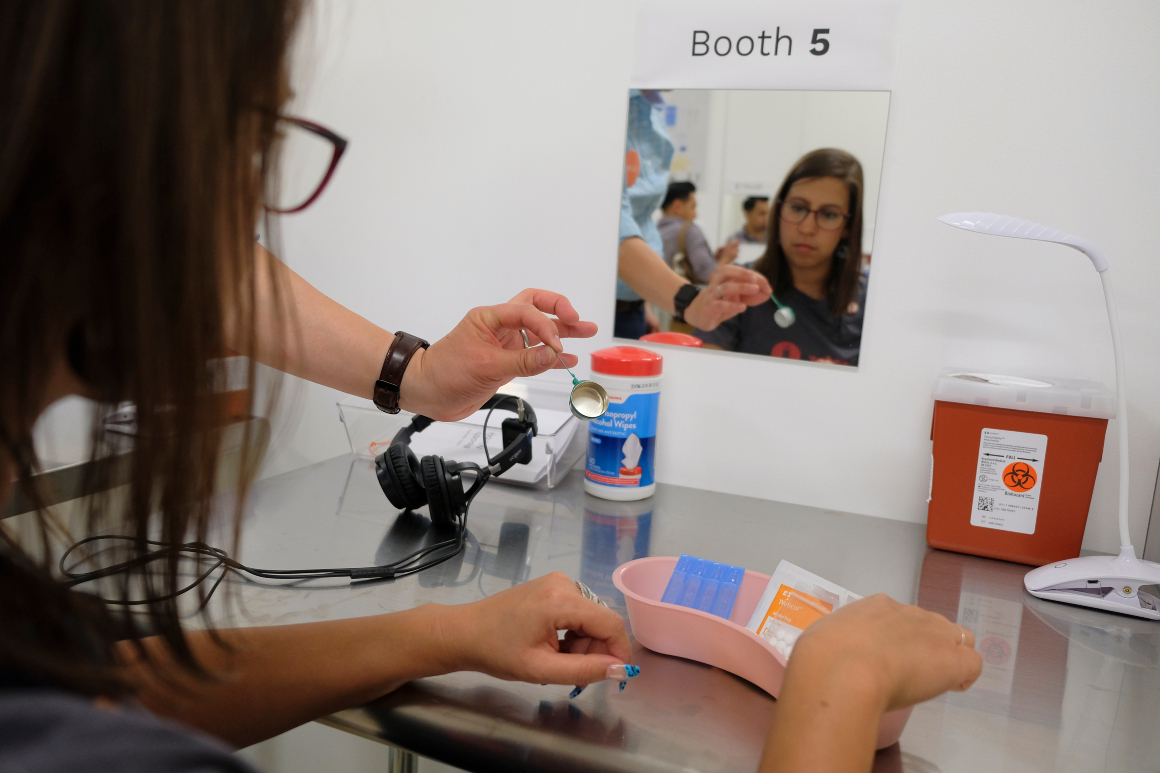 OAKLAND — California could become the first place in the nation where people can inject illicit drugs under medical supervision, pushing legal and ethical boundaries amid an alarming spike in overdose deaths.

State lawmakers have debated the idea each year since 2016, a recurring struggle between progressive lawmakers who say it will save lives and moderate Democrats and Republicans who warn it would normalize hard drug use.

The latest such proposal is quickly advancing in the California Legislature and stands a strong chance of landing on Gov. Gavin Newsom's desk. That could force the Democrat into a difficult choice: While he once said he was "very, very open" to the concept, signing the bill could leave him vulnerable to recall attacks from the right that he supported the state-sanctioned use of illegal drugs such as heroin and fentanyl.

“The Democrats are the party of enablers right now — and at taxpayer expense,” Senate Republican Leader Scott Wilk, who called the sites “drug dens,” said in a statement Thursday after his chamber narrowly approved CA SB 57 (21R). 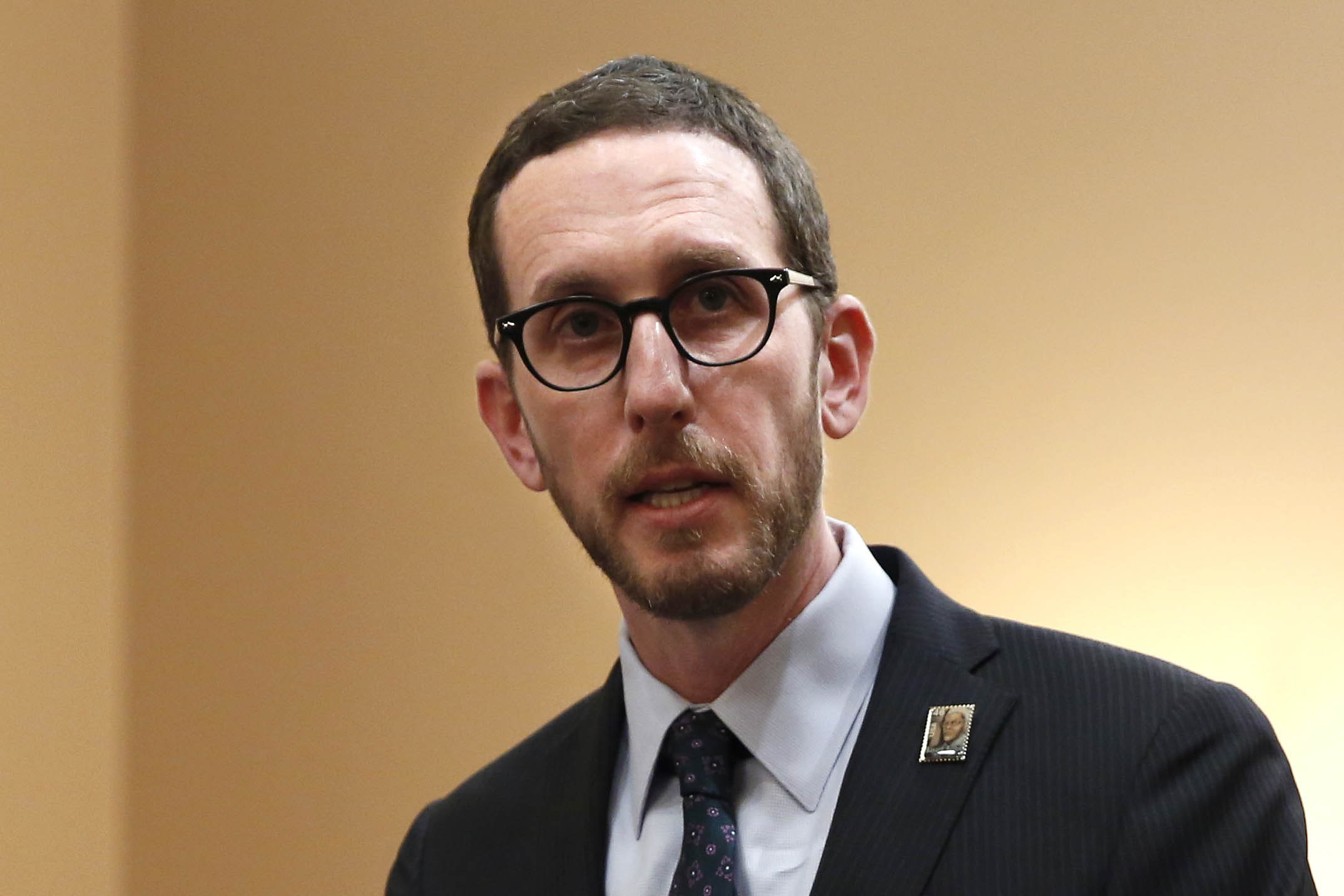 The concept of so-called safe injection sites has taken hold overseas, but it has not broken through in the United States, where preliminary federal data released this month show more than 87,000 Americans died of overdose deaths in the 12 months ending in September — more than any since the opioid crisis began in the 1990s.

In California the surge in deaths eclipsed even the nationwide increase of 29 percent, soaring by over 40 percent in one year. The latest annual statistics overlapped with the first six months of the pandemic, when profound isolation and job losses compounded struggles with mental health and substance abuse.

“California and our nation are in the midst of an unprecedented explosion of overdose deaths. It’s a public health crisis,” San Francisco Democrat Scott Wiener said Thursday in a speech on the state Senate floor. “What we’re doing is not working, and we need to try a proven tool that has worked around the world.”

At statehouses in New York, Illinois and Rhode Island this year, lawmakers are making a similar case. Allowing people to inject in a clean environment with medical personnel available to administer overdose-reversing medication is an urgently needed response to the trends, proponents say.

But it’s unclear where President Joe Biden stands on the issue — and whether federal drug enforcement authorities would look the other way if cities or states authorized such facilities.

“The threat of federal enforcement is one of the greatest disincentives to opening and operating these lifesaving programs in San Francisco and elsewhere, and we ask that you end that threat,” Breed wrote in the letter, which was also signed by city leaders from Oakland, New York. Philadelphia, Pittsburgh and Somerville, Mass.

In recent years efforts to open such facilities in Seattle, Denver, Massachusetts and Utah have run into community opposition and federal prosecution threats. Philadelphia has come the closest, but the Trump-led Justice Department sued the nonprofit before it could open the facility and threatened “swift and aggressive action” against any city or county that tried to open these sites.

The Philadelphia project remains stymied in the courts, though advocates hope the Biden administration will drop the case.

Biden’s Office of National Drug Control Policy issued a paper expressing general support for harm-reduction strategies. It did not explicitly mention supervised injection sites, however, and the president hasn’t weighed in on the issue.

Media officials from the White House did not return a request for comment.

The latest California proposal would authorize San Francisco, Oakland and unincorporated Los Angeles County to test the supervised injection sites model for five years. Wiener says science and evidence — from the more than 170 sites operating in at least 10 countries around the world — are on his side.

“Our hope is that the Biden Administration will simply withdraw the Trump lawsuit and let us do what we need to do to fight the overdose crisis in our communities,” Wiener said in an interview.

But first, his bill must survive the Legislature, where moderate Democrats hold outsize sway, and win the governor’s approval.

It will be a hard sell for lawmakers like Assemblymember Rudy Salas, a Central Valley Democrat.

“I do not believe that opening sites to allow hard drug use is the best use of taxpayer resources,” Salas said in an email. “I would rather see increased investment in mental health and substance abuse treatment to get people off of drugs and off of the streets.”

On its face, the idea is on brand for California’s governor, whose decision as mayor of San Francisco to issue marriage licenses to same-sex couples in defiance of state law launched him to a national stage in 2004. Newsom also implemented that city’s landmark universal health care program as mayor, and has since been out front on such progressive social issues as gun safety, minimum wage, recreational cannabis legalization and criminal justice reform.

Newsom said he was “very, very open” to so-called “safe injection sites” when he was campaigning for governor in 2018 — the same year his predecessor, Jerry Brown, vetoed a similar proposal. 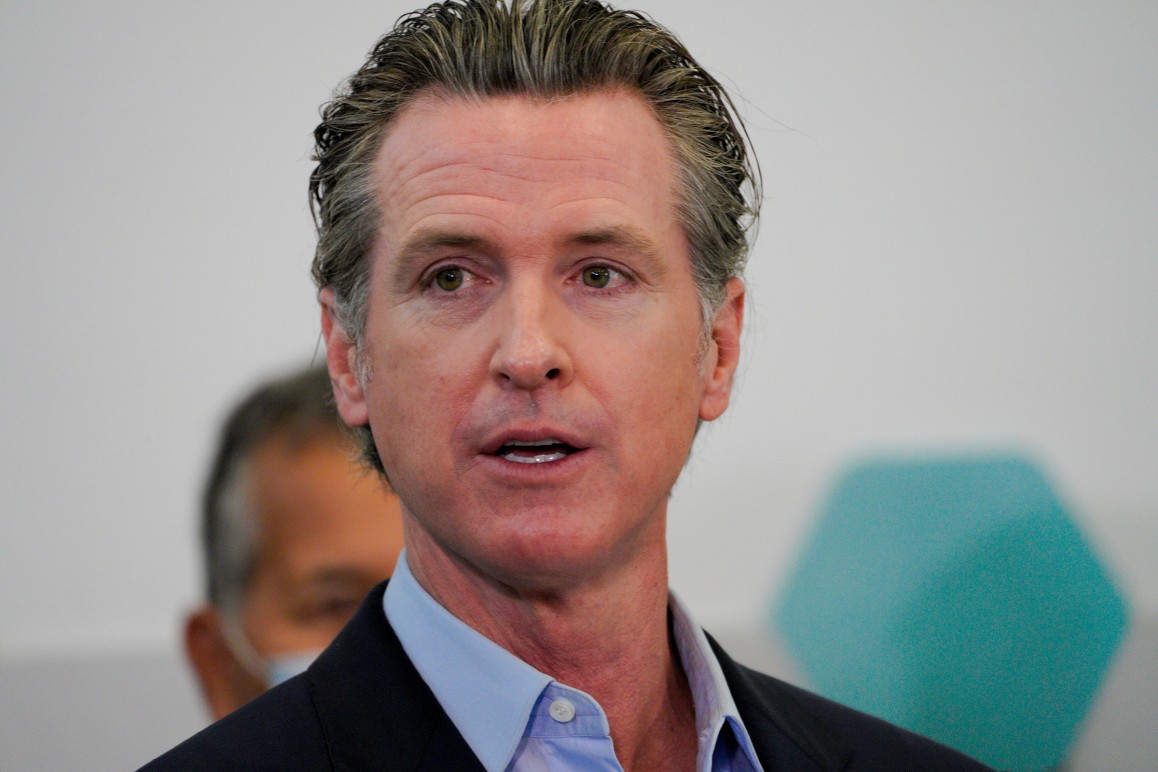 But the prospect of a recall election could make it riskier for him to sign off on the program.

Brown wrote forcefully against the concept in his 2018 veto message, arguing that “enabling illegal and destructive drug use will never work.”

“Fundamentally, I do not believe that enabling illegal drug use in government sponsored injection centers — with no corresponding requirement that the user undergo treatment — will reduce drug addiction,” Brown wrote.

Newsom has not signaled his position on Wiener’s bill. His office declined to comment on his stance.

Proponents cite studies that show the sites have prevented overdose deaths while saving tax dollars on emergency services. They also argue that they would move drug use out of the open.

The primary argument remains: Nothing else has worked, so why not try this?

“By not creating these kinds of sites, you actually still continue to permit drug use to happen where you really don’t want to see it — in front of childcare centers or at the bus stop, out in the open,” said state Sen. Sydney Kamlager (D-Los Angeles), during a committee hearing earlier this month. “Why don’t we acknowledge the addiction crisis we have, and try something?”

Wiener’s bill has support from the progressive district attorneys in San Francisco and Los Angeles. But the issue is a nonstarter for virtually all other law enforcement groups in California, including the state association representing district attorneys, a reflection of larger rifts among DAs amid a national criminal justice reform movement.

“It will be a magnet for more people with addiction issues, and with that comes the thefts which are rampant — the auto break-ins, the burglaries — the sort of things that fuel people’s drug addiction,” said Larry Morse, legislative director for the California District Attorneys Association. The sites may encourage people to seek treatment for their addictions, he said, but nothing compels them to do so.

Jack Pitney, a former operative for the Republican National Committee, thinks the sites might trouble moderate voters, including some Democrats.

“Politically, it would be a risk for Newsom,” said Pitney, a politics professor at Claremont McKenna University. “Signing the bill won’t win him any additional votes, but it could cost him some.”

But Melissa Michelson, a political analyst who teaches at Menlo College, thinks it’s exactly that kind of move Newsom should make.

Advocates argue that overdose deaths will continue as the politics of supervised injection sites play out. Ronda Goldfein, an attorney and vice president of Safehouse, the Philadelphia nonprofit fighting a federal lawsuit, is watching California closely.

“If California passes its law and the U.S. Attorney says we’re not interested in pursuing this and somebody opens up, then good for you," Goldfein said. "And good for all of us.”