OAKLAND — California Gov. Gavin Newsom responded with frustration and anger Wednesday after a gunman killed eight workers at a San Jose light-rail yard, asking, "What the hell is going on in the United States of America? What the hell is wrong w… 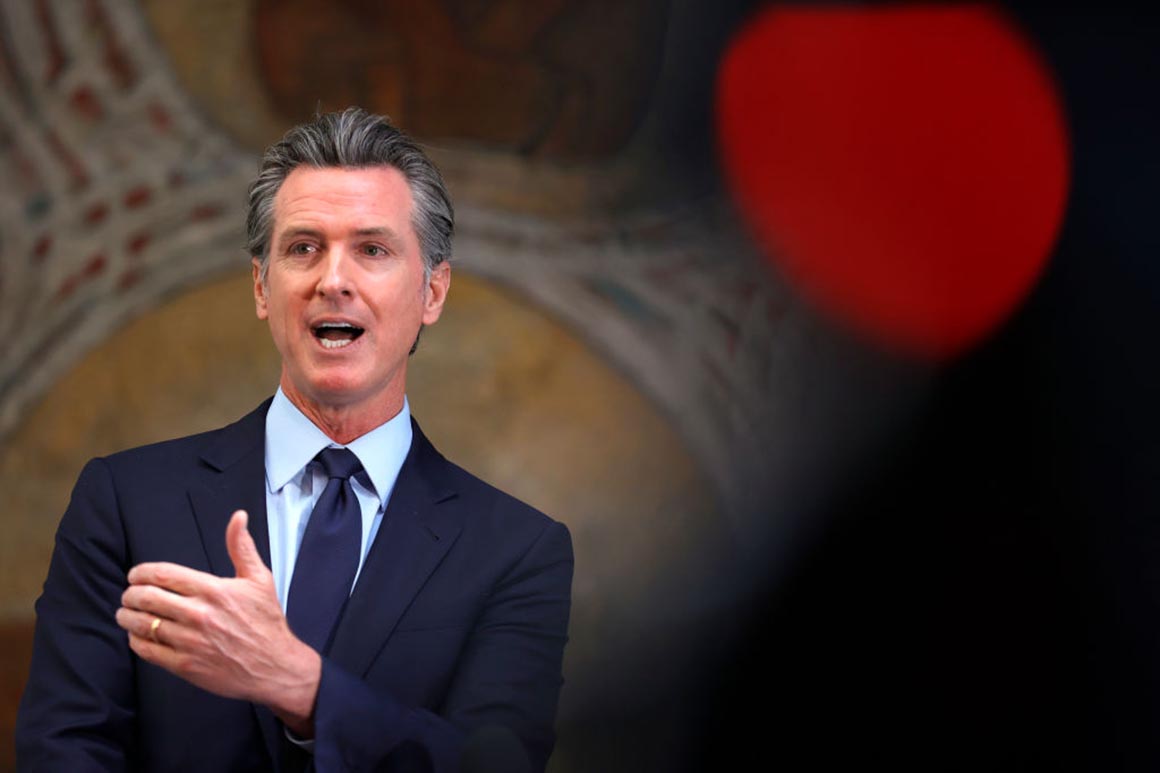 OAKLAND — California Gov. Gavin Newsom responded with frustration and anger Wednesday after a gunman killed eight workers at a San Jose light-rail yard, asking, "What the hell is going on in the United States of America? What the hell is wrong with us?"

Newsom met Wednesday morning with San Jose officials and labor leaders in the wake of the early morning mass shooting at a Valley Transportation Authority building that was among Northern California's deadliest gun incidents. Authorities said the man killed eight colleagues and injured multiple victims before killing himself.

The governor toggled between honoring law enforcement who responded to the incident, sympathizing with relatives of those killed and expressing outrage that another mass shooting has occurred in the U.S.

"When are we going to come to grips with this?" he asked. "When are going to put down our arms, literally and figuratively, our politics, the stale rhetoric, finger-pointing, all the hand-wringing, consternation that produces nothing except more fury and frustration, more scenes like this repeated over and and over and over again."

Newsom said that on Wednesday, he spent time and saw firsthand “the pain in those victims" of the shootings that began at 6:34 a.m. Hours later, some of the family members, he said, are “waiting to hear from the coroner,’’ or get any word “if their mom or dad is still alive.”

The Democratic governor has long railed against gun violence and has criticized Republicans and the National Rifle Association in the past for opposing restrictions on weapons. Newsom in 2016 championed a voter-approved ballot initiative, which included a ban on large-capacity ammunition magazines that was blocked last year by a federal appeals court panel. But the full appeals court this year granted that law another review.

READ:  Opinion | The Hard Truth About Memorializing the Pandemic

Shortly after Newsom's comments, President Joe Biden issued a statement expressing sympathy for the "eight families who will never be whole again." He listed several other mass shootings that have occurred this year in the U.S.

"Enough," he said. "Once again, I urge Congress to take immediate action and heed the call of the American people, including the vast majority of gun owners, to help end this epidemic of gun violence in America."

A database of public mass killings compiled by The Associated Press, USA Today and Northeastern University — defining them as four or more dead, not including the shooter— showed no such events happened after March 15 of last year, the AP reported in December. But by early May of this year, the AP reported, there had already been at least 11.

Katy Murphy contributed to this report.