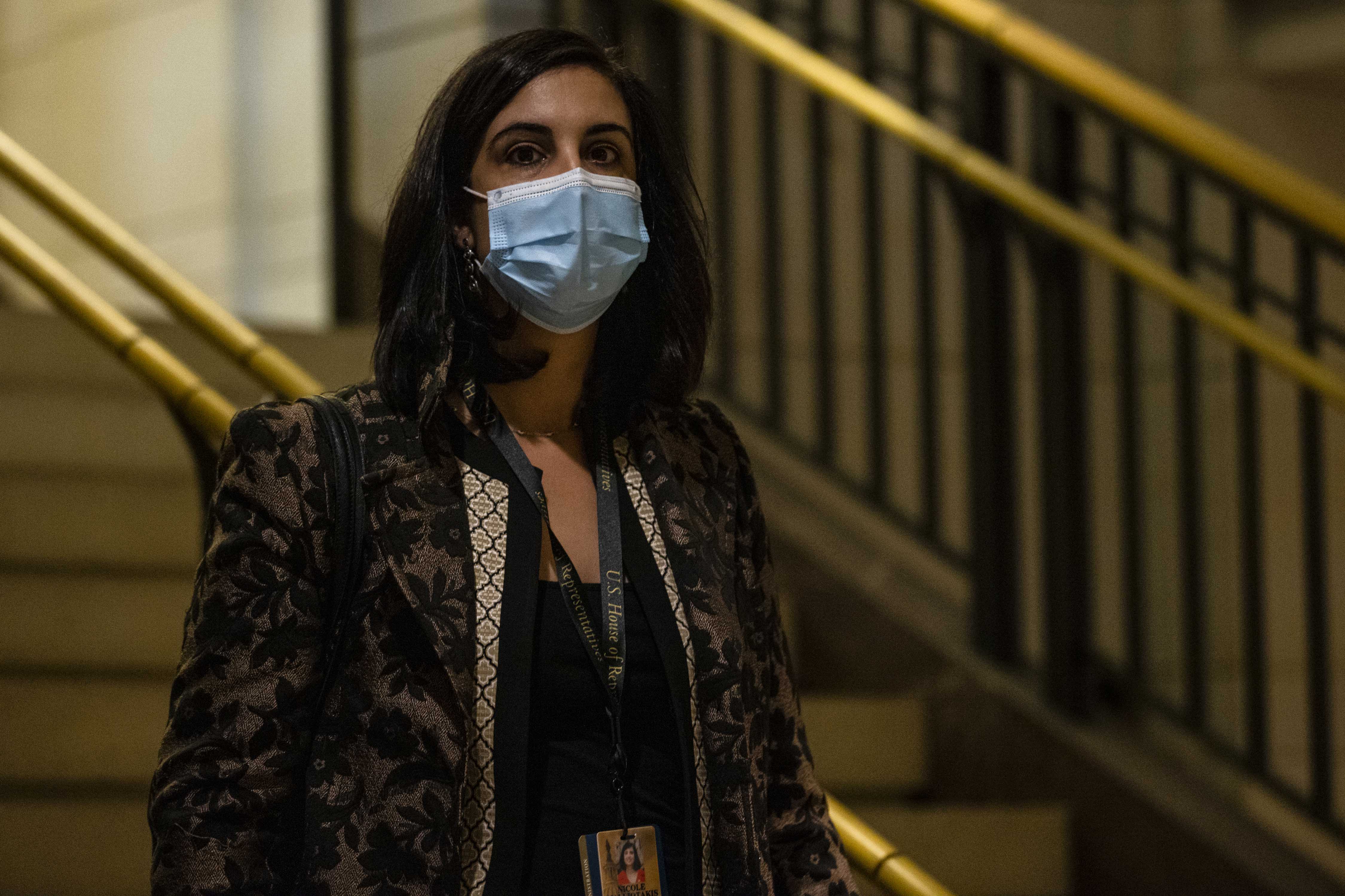 NEW YORK — Nicole Malliotakis took down a moderate Democrat to become the only Republican in New York City’s congressional delegation — but she’s already got her eyes on another foe: fellow New York Rep. Alexandria Ocasio-Cortez.

The Staten Island Republican, whose mother emigrated from Cuba, says she’ll seek to be a prominent counter to Ocasio-Cortez’s democratic socialist views. Riding a pro-Trump, pro-police platform to victory, Malliotakis plans to use her new perch to push back against issues like bail reform and the movement to defund the police, which Democrats themselves are struggling to cope with in their own party.

She’s even teaming up with her own “squad” of freshman Republicans hostile to socialism, hoping to provide a foil to Ocasio-Cortez’s cadre of allies on the left.

“She obviously is pushing a socialist agenda. I’m someone who takes that very seriously ... There’s certainly a stark contrast,” Malliotakis said in an interview this week, citing her Cuban heritage. “And the people of Staten Island and Brooklyn, I believe, voted for me in part because they did want someone who was going to push back on the far left agenda taking over New York City.”

After Rose beat a Republican incumbent in 2018 to take the seat, Democrats hoped to keep the delegation all-blue for the long haul. But an increase in turnout among voters backing President Donald Trump boosted Malliotakis. She also hammered at themes of law and order — hitting Rose for attending a Black Lives Matter protest, even though it was peaceful and he has said he opposes defunding the police.

“New York City has gone so far to the left in recent years. It’s critically important that we have someone who can share the conservative point of view,” Malliotakis said.

As a minority of one, Malliotakis said she wants to work with colleagues for the city’s best interests — to a point. She also expects to “hold the rest of the delegation accountable, and call them out when they’re not doing the right thing.”

And she vowed to be a thorn in the side of Mayor Bill de Blasio as well. Malliotakis ran against the Democratic mayor, and lost by nearly 40 points in the 2017 mayor’s race, before finding friendlier turf in her home district. During the congressional campaign, both candidates devoted time to beating up on the mayor — with Rose running an ad declaring him the “worst mayor in the history of New York City.”

“No one has really stood up to him or held him accountable or even asked where are the federal funds that are given to the city going,” Malliotakis said.

The incoming congresswoman sees a particular foil in Ocasio-Cortez, who was reelected by a wide margin this month to a second term.

With fellow Republicans whose families have roots in socialist and communist countries, Malliotakis, whose mother is from Cuba, is assembling an informal alliance to oppose the lefty “squad” that includes Ocasio-Cortez and Reps. Ilhan Omar, Ayanna Pressley and Rashida Tlaib.

Her allies include María Elvira Salazar and Carlos Giménez, both Cuban Americans who ousted incumbent Democrats in Florida, and Victoria Spartz of Indiana who grew up in Ukraine. All three will join Congress in January.

“There is a natural alliance that is forming between people whose families have similar histories to mine,” she said. “People who are rightfully concerned about the direction our nation is moving in and what the socialist squad is peddling.”

Ocasio-Cortez, who ousted 10-term incumbent Rep. Joe Crowley in 2018 and won reelection in November, brushed off Malliotakis’s criticism when asked about it last week. She said the two haven’t spoken.

“If she made a big deal about me, I certainly didn’t hear it. So I’m sure that was something she did in her community or her district. I wish her well,” she said.

Ocasio-Cortez, whose district straddles the Bronx and Queens, said she was disappointed in Rose’s loss, though the two butted heads at times.

“I’d be remiss if I didn’t honor Max Rose’s service in Congress,” she said. “He was just an incredible colleague, and he and I drove each other crazy, but we were also good friends.”

But Malliotakis said the specter of democratic socialism as personified by Ocasio-Cortez helped her win votes in growing Russian, Chinese, Ukrainian and Korean communities in her district.

“My district does not want socialism, period,” she said. “When you talk about dismantling the economy, destroying capitalism — these are things that are very scary to people who come from other countries, where government has too much control of their lives.”