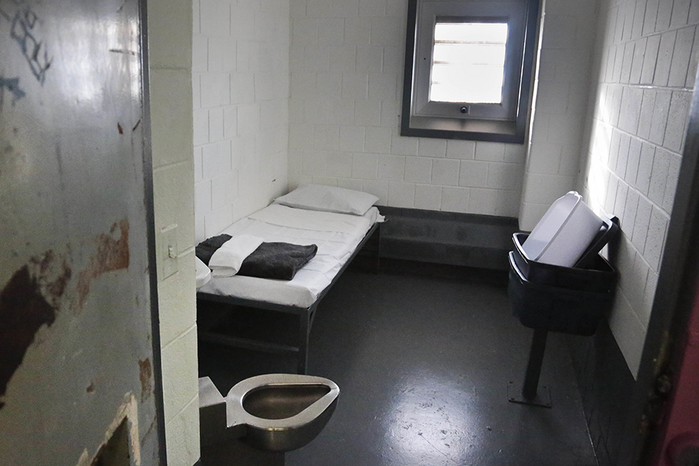 NEW YORK — New York City plans to end the use of solitary confinement at Rikers Island and its other jails, Mayor Bill de Blasio said Monday.

The city will immediately ban solitary confinement for prisoners with a host of underlying medical conditions, the mayor said. A panel will be put together to come up with a longer term plan by the fall to end the use of solitary altogether.

De Blasio, who has previously opposed ending the use of solitary to punish inmates for misconduct, made the announcement days after the city disciplined 17 correction officers in the death of Layleen Polanco, a transgender inmate who died at Rikers last year after she was placed in solitary against medical advice.

Effective immediately, people suffering from asthma, seizures, diabetes, heart disease, lung disease, liver disease, kidney disease, or being treated with blood thinners may not be placed in solitary, also known as punitive segregation. Prisoners who use wheelchairs or walkers or are blind or deaf also may not be put in solitary.

The city has already prohibited solitary, which confines prisoners to their cell for most of the day, for pregnant detainees and those with serious mental illnesses. It has also ended solitary confinement for prisoners under the age of 21.

“We have to go further, so lets take the next step: Let’s end solitary confinement altogether,” de Blasio said. “We have a lot to do to create more safety for people who are incarcerated and for our correction officers and employees alike, but we know there are ways we can do this without punitive segregation.”

A four-person panel — Correction Commissioner Cynthia Brann, Stanley Richards, vice-chair of the Board of Correction, DeAnna Hoskins, president of JustLeadershipUSA, and a representative of the Correction Officers’ Benevolent Association — will be tasked with coming up with a specific plan to end solitary. Its report will be due in the fall.

Polanco, a 27-year-old transgender woman who had epilepsy, was arrested in April 2019 on two misdemeanor charges. While in jail, she had two seizures and what medical observers determined were several mental health emergencies, and a clinician said she was not fit to be placed in solitary. But jail officials obtained signoff from other medical personnel and placed her there anyway. She was found dead from a seizure.

The city has approved a plan to close Rikers Island, which is notorious for violence, and replace it with four smaller jails.