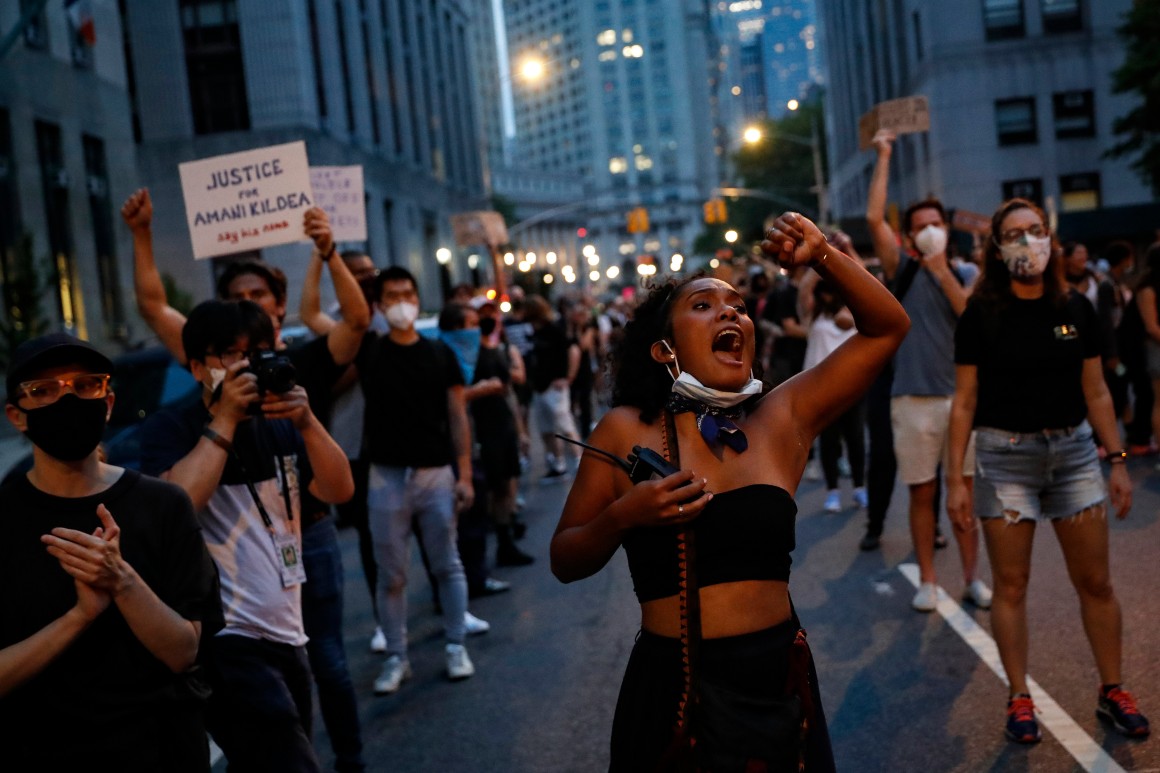 NEW YORK — State Attorney General Tish James is suing the NYPD over its response to the police brutality protests that swept the city last year, charging it has shown a pattern of excessive force and false arrests against protesters.

In a federal lawsuit filed Thursday against Mayor Bill de Blasio, Police Commissioner Dermot Shea and Chief of Department Terence Monahan, James asks for a federal monitor to be installed to oversee the NYPD.

“What we found was an egregious abuse of police power, rampant excessive use of force, and leadership unable and unwilling to stop it,” James said at a press conference Thursday.

The attorney general’s office investigated the NYPD’s handling of the protests and found that NYPD officers engaged in rampant use of batons, pepper spray, and a tactic known as kettling to surround and hem in protesters. They also illegally arrested legal observers and medics, she alleges.

Her suit also seeks a court order declaring that the NYPD’s response to the protests was unconstitutional.

READ:  Newsom sends his children back to school classrooms in California