Chris Miller is looking to use his position to make quick policy changes that incoming President Joe Biden is unlikely to overturn. 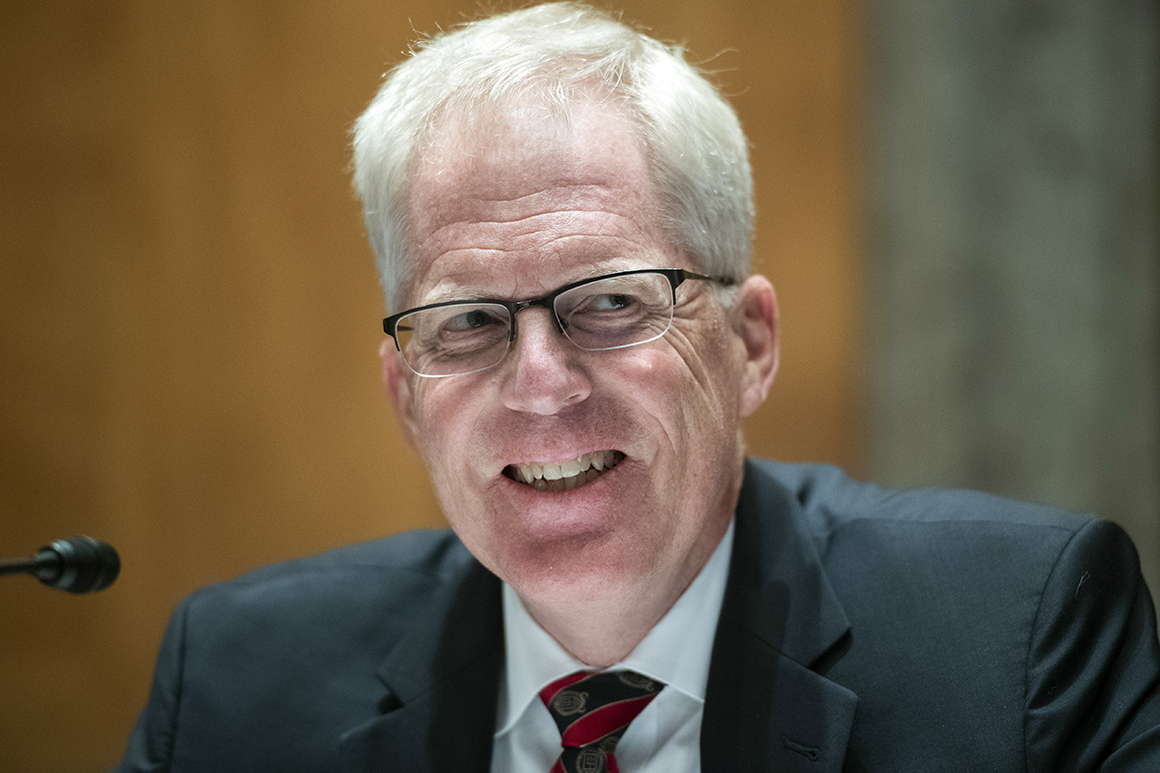 Acting Defense Secretary Chris Miller has just 63 days to put his stamp on the Pentagon.

Miller, a former Green Beret and counterterrorism professional, has been unexpectedly vaulted from midlevel National Security Council desk officer to Pentagon chief in under a year. Now, Miller is looking to use his position to make quick policy changes that incoming President Joe Biden is unlikely to overturn before the clock runs out on the Trump administration in late January.

In the nine days since President Donald Trump fired Defense Secretary Mark Esper and installed Miller in his place, Miller has shown he plans to be more than a caretaker, and instead has ordered changes that will have an outsize impact on the special operations community in particular. On Tuesday, he announced that the U.S. will rapidly draw down to 2,500 troops by Jan. 15 in both Afghanistan and Iraq, where commandos have increasingly borne the brunt of fighting in recent years.

The move, which Esper had resisted, put Miller at odds with Trump allies on Capitol Hill who worry that a hasty withdrawal based on a political calendar — Trump will leave office six days after the Jan. 15 drawdown deadline — could destabilize security conditions in Afghanistan.

But Biden is unlikely to reverse the drawdown. As vice president, Biden was the most senior dissenting voice against a surge in Afghanistan in the early years of Barack Obama's presidency, and has remained insistent over the past decade that he wants to bring American troop numbers there down to just a few thousand.

“Miller may ultimately be successful in dancing through the raindrops — leaving a residual force for conducting [counterterrorism] missions and protecting the diplomatic community, while also fulfilling the overall parameters of Trump’s campaign promise,” said Marc Polymeropoulos, a retired CIA senior operations officer.

Among Miller's top priorities is elevating the needs of America's elite special operations forces — Navy SEALs, Army Green Berets, Marine Raiders — even as the wars in the Middle East wind down and the Pentagon pivots to face competitors Russia and China, experts say.

READ:  Why the U.S. still hasn't solved its testing crisis

“If you look at the last close to decade of his career, [Miller] has been heavily involved in oversight of special operations,” said Luke Hartig, who worked on counterterrorism at the NSC in the Obama administration. “This is an opportunity for him to put his stamp on what he thinks that ought to look like.”

On Wednesday, Miller elevated the top civilian Pentagon official overseeing special operations matters, establishing a direct reporting line to the defense secretary and putting the position roughly on par with the civilian leaders of the military branches in the Defense Department's hierarchy. Since 9/11, the special operations community has taken on enormous responsibilities but its civilian leaders have lacked the status and authorities of the services.

The change also means greater civilian oversight, something lawmakers have called for in recent years following the fatal ambush of U.S. special forces in Niger in 2017 and a series of scandals that have plagued the Navy SEAL community.

“Today with the strong support of President Trump we are forging the next chapter in the history of U.S. special operations forces and formalizing watershed reform,” Miller said during a ceremony at Fort Bragg, N.C. “Right now, we start the transition to provide greater civilian oversight of and critical advocacy for our special operators.”

Visibility of special operations matters at top levels of the Pentagon has long been a source of tension between commandos and conventional forces, who must fight for limited resources within the Pentagon budget. Experts had expected that the former Green Beret would make elevating the issue a priority.

“It does not surprise me that someone with a special operations background would want to do this as it has been a sore subject with many special operators,” said Arnold Punaro, retired Marine Corps major general and former staff director for the Senate Armed Services Committee. He noted that the civilian position — known as the assistant secretary of defense for special operations/low-intensity conflict, or SO/LIC — traditionally has to push through layers of bureaucracy to get anything done.

READ:  Murphy: Exposure to staffer who tested positive for Covid occurred over drinks

“From an organizational standpoint there are clearly advantages to being a direct report, especially to a secretary of defense that is of the same cloth,” Punaro said.

One senior defense official, speaking on condition of anonymity to discuss sensitive policy changes, noted that Congress has long been pushing the Pentagon to carry out the shift.

“It puts the special operations community at the table, where they haven’t been, even though they are often tasked to carry out the missions,” the person said. “This is not controversial."

However, the decision prompted concerns about what it means for America’s most elite military forces, with some worrying this could make it easier for Trump could launch covert operations against Iran over its nuclear program in his final days in office. The New York Times reported Monday that Trump had asked his advisers for options to take actions against Iran's main nuclear site in the coming weeks, which they talked him out of.

It also raised questions about the rising influence of Ezra Cohen-Watnick — a close Trump ally and aide to former national security adviser Mike Flynn — after the White House ousted top DoD leaders and replaced them with loyalists. Cohen-Watnick has been acting in the role of top spec ops official since the summer and became the Pentagon's acting top intelligence official last week.

Yet experts said the elevation would not have an operational impact. Rather, the shift is bureaucratic, strengthening the line between Special Operations Command and the defense secretary.

“Conspiratorial minded persons may think this change is about chain-of-command and putting the SecDef in direct control of [Special Operations Command] but that’s wrong — this move changes nothing operationally,” said Mark Jacobson, a former senior DoD official under Obama and historian of special operations now at Syracuse University's Maxwell School.

However, Jacobson expressed concern about the “timing” of the move and “Miller’s motivations.”


“You don’t make a major bureaucratic change in an institution, particularly with regards to organizations dealing with sensitive and complex issues, without thinking through this,” he said.

READ:  Barr and Giuliani clash over allegations of election fraud

The change was actually ordered by the fiscal 2017 National Defense Authorization Act — signed into law by President Barack Obama. While the role of special operations forces has grown in size and scope since the Sept. 11 terrorist attacks, the importance of the Pentagon civilian overseeing them has diminished, experts say.

This meant that military commanders, especially the head of Special Operations Command, end up making critical decisions that should be made by civilian leaders, argued retired Army Col. Mark Mitchell, who served as acting head of SO/LIC in the Trump administration, in a May op-ed.

“The net result is an inverted relationship that runs counter to the concept of civilian oversight,” Mitchell wrote.

Many in the special operations community, including Mitchell, have long argued that the civilian position should be elevated to the undersecretary level. Miller himself advocated for this change during his Wednesday remarks.

“I personally think SO/LIC deserves to be an undersecretary of defense, but unfortunately that’s beyond my authority and purview at that time,” said Miller, who briefly served as the deputy in charge of special operations and combating terrorism this year. “I know future generations will take that on.”

The change announced Wednesday reflects the fact that special operations have greatly increased in significance to America’s national security since 9/11, said retired Col. Stu Bradin, president and CEO of the Global SOF Foundation. As the Pentagon shifts its focus from counterterrorism to competition with Russia and China, special forces will have an even more important role to play, he said.

“The shift in focus to great power competition does not mean that SOF will be or should be relegated to the back burner. On the contrary, our enemies are not looking to fight us on the conventional battlefield,” Bradin said. “We must recognize the importance of irregular warfare in this next set of threats. And, in our opinion, the civilian oversight of special operations should be increased and elevated accordingly."

Nahal Toosi contributed to this report.