New Jersey is lifting its mask mandate after having been one of the few holdouts in adopting the latest Centers for Disease Control and Prevention guidance, Gov. Phil Murphy announced Monday.
Murphy’s new directive, which takes effect Friday, the st… 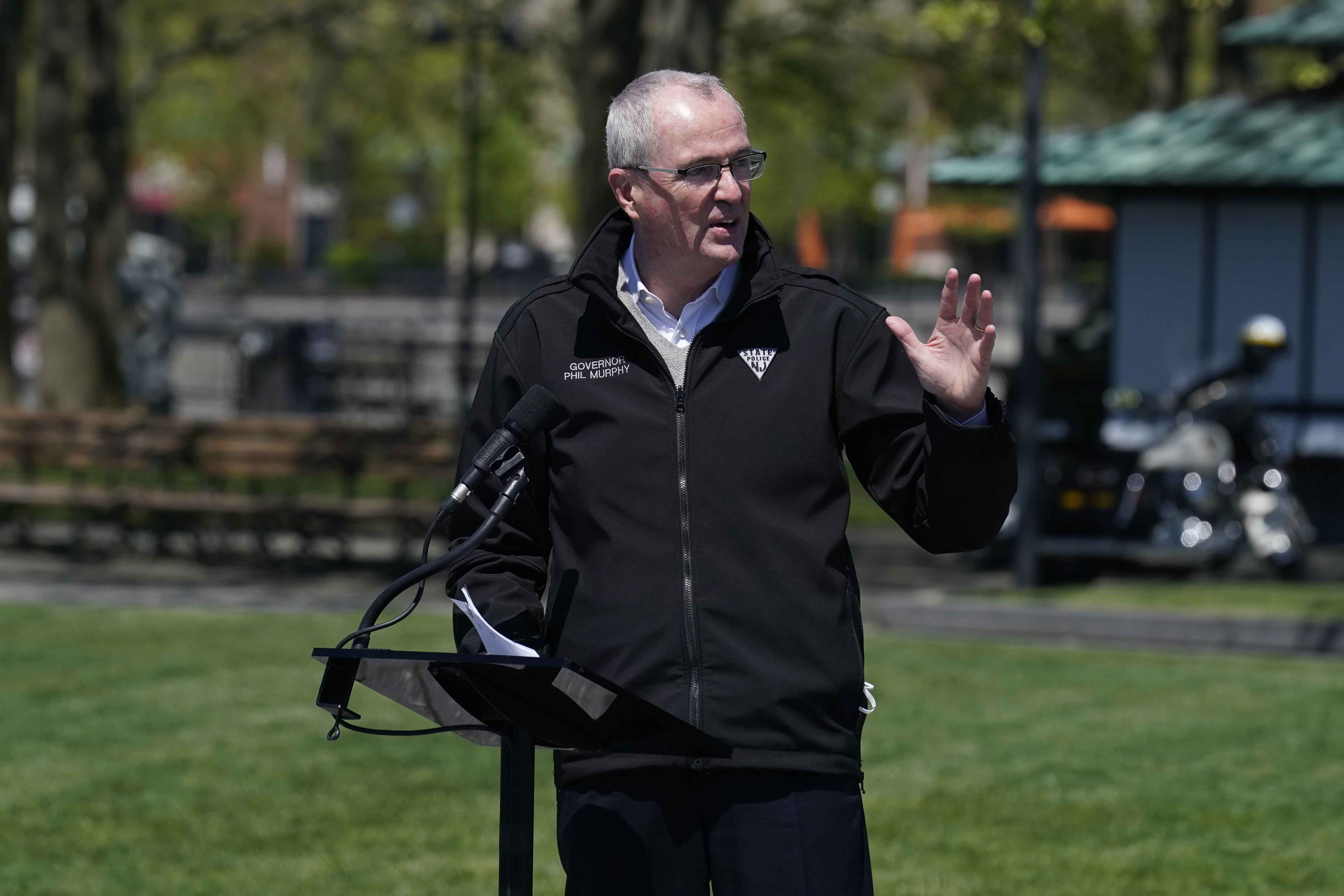 New Jersey is lifting its mask mandate after having been one of the few holdouts in adopting the latest Centers for Disease Control and Prevention guidance, Gov. Phil Murphy announced Monday.

Murphy’s new directive, which takes effect Friday, the start of the Memorial Day weekend, gives New Jersey residents — even those who aren’t fully vaccinated — the green light to remove their masks and other face coverings in most cases. Matching the CDC’s guidance, the order excludes settings such as health care facilities, jails, schools, child care centers and public transportation networks.

Businesses can continue to require customers and employees to wear coverings, Murphy said.

“In this pandemic we know that days and weeks matter,” said Murphy, whose state has reported the highest per-capita death rate during the pandemic. “When the CDC took all of us by surprise and updated its masking guidance — some 11 days ago I think at this point, which also caused confusion across the country — we did not react in a knee-jerk fashion.

“I do not for one minute regret our taking these extra two weeks to ensure that the dramatic decreases we have begun seeing in cases and hospitalizations continue,” Murphy said during his regular briefing in Trenton.

Murphy encouraged unvaccinated residents "in the strongest possible terms" to heed CDC guidance on masks — or alternatively, to go get their shot.

Republicans had blistered Murphy for his decision to stick by the indoor masking rules last week, saying the governor, a Democrat who is seeking reelection this year, was rejecting the same scientific and public health authorities he had used to justify a strict lockdown of the state’s retail economy more than a year before. Even before announcing the new mask rules, New Jersey’s pace of reopening has been glacial compared with most states.

Although his refusal to lift the mask requirement was applauded by allies in organized labor — including unions representing workers in retail and health care and the public sector — there were signs last week Democratic lawmakers were losing patience.

“I don’t want to get burned. I don’t want to go back. We're the only state in America that has not gone back once and I don’t want to start now,” Murphy told reporters last Monday, hours after New York Gov. Andrew Cuomo and Connecticut Gov. Ned Lamont announced they’d be lifting orders requiring face coverings. “I can’t speak for our neighbors, they’ve been great partners, but on this one we feel quite strongly.”

Within days of making that announcement, the governor was teasing that refreshed guidance around masking and other aspects of the state’s recovery would come as soon as Monday. On Thursday, two Democratic lawmakers told POLITICO they expected Murphy to walk back his decision in the coming days.

Murphy also announced during Monday’s briefing the state would be lifting the 6-foot social distancing requirements for indoor establishments, a tremendous boon to businesses and restaurants that had been fighting to eliminate those regulations. And effective Friday, the state will reopen dance floors and lift requirements that patrons be seated when they’re served food or drink. Indoor and outdoor gathering limits, which apply to trade shows and catered events, will be eliminated June 4.

“These steps, when all added together, are the clearest signs of our commitment to carefully and deliberately reopening our state after what has been a truly crushing almost 15 month period,” Murphy said.

The state’s daily report of case counts, hospitalizations and deaths have all fallen considerably over the last two months. The improvement in the state’s public health came as vaccination rates climbed. Around 4.8 million New Jersey residents have received at least one dose and 4.1 million of whom are now fully vaccinated.

Murphy has long said he’d like to see at least 70 percent of the state’s adult population, or around 4.7 million people, fully vaccinated by the end of June.

While vaccination rates within some of the state’s largest municipalities continue to lag — fewer than half the residents of Camden, Lakewood and Newark are vaccinated — “our in house count for those who have received at least their first dose is well above our targeted 4.7 million and we know it will only grow over the next four days before the mask mandate expires.”

“We feel very good about this step,” he said.