Janicek didn’t deny that he made offensive comments, but he said he apologized for them and assumed the matter would be kept private. 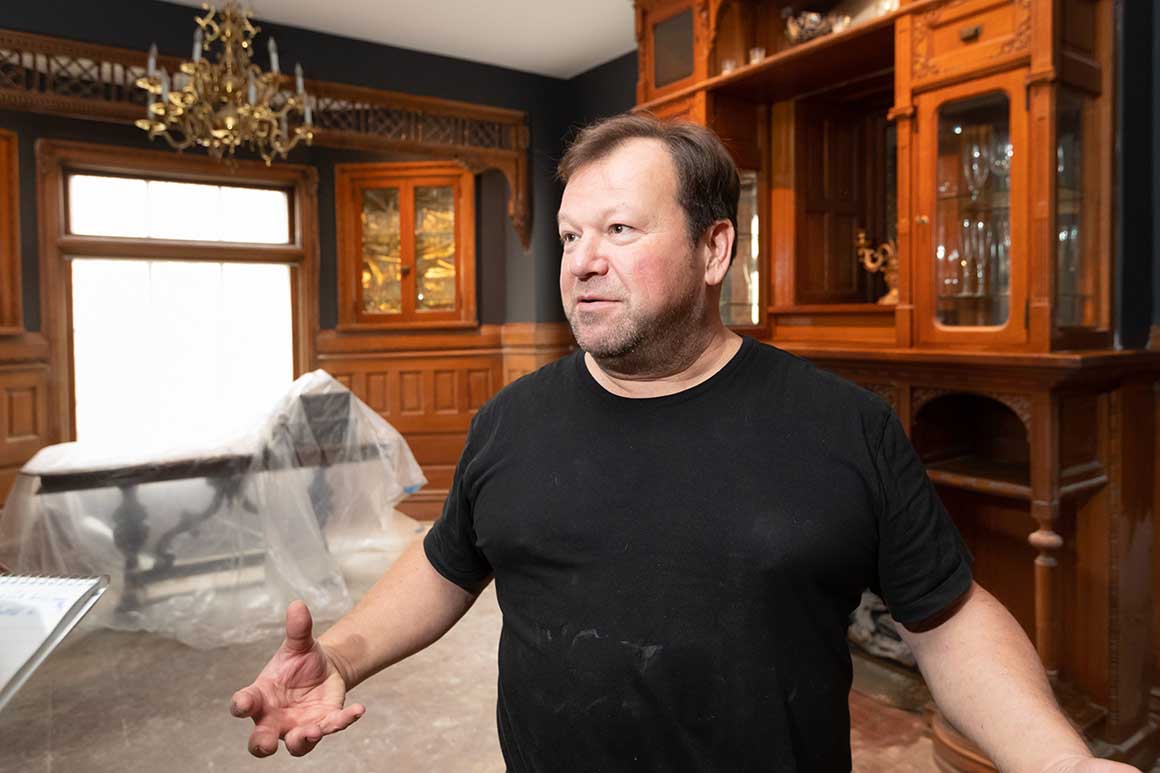 The Nebraska Democratic Party called on its U.S. Senate nominee to drop out of the race Tuesday after he made sexually repugnant comments about a campaign staffer in a group text with her and other staffers.

The party said its state executive committee voted unanimously on Monday evening to withdraw all of its resources from Chris Janicek’s campaign.

Janicek, the owner of an Omaha cupcake bakery, is challenging Republican Sen. Ben Sasse, who is seeking a second term. Janicek accepted the Democratic nomination a little more than a month ago after winning a seven-candidate primary race, but the odds of winning in November were against him in Republican-dominated Nebraska even before his party withdrew its support.

“Our Democratic Party has no tolerance for sexual harassment,” state Democratic Party Chairwoman Jane Kleeb said in a statement. “Our party will not extend resources or any type of support to any candidate that violates our code of conduct and doesn’t treat men and women with the dignity and respect they deserve.”

The text messages, which were obtained by The Associated Press, were from a group chat involving Janicek and five other people, including the female staffer. At one point, he wrote that he had argued with her and then asked whether the campaign should spend money on “getting her laid.”

“It will probably take three guys,” he wrote, before describing in graphic detail an imagined group sex scene involving the female staffer.

He then tried walk back those comments as “a joke,” and texted an apology to the group.

“I’m going on no sleep and a bunch of exuberant excitement and I think I was out of line,” he wrote.

READ:  'We’ve got to stop the bleeding': Democrats sound alarm in Miami

The female staffer texted back that she was appalled by his comments and could no longer support his campaign.

“You are my boss and a candidate running for Senate, (an) office held by just 100 Americans representing approximately 330 million of her people,” she wrote. “There is zero tolerance for what you said.”

Party officials said they demanded that Janicek withdraw as the party’s nominee, which he refused to do.

The campaign staffer, who has since quit, filed a formal complaint with the party alleging that Janicek violated its code of conduct that prohibits sexual harassment.

In a brief phone interview, Janicek said he doesn’t plan to drop out of the race. He alleged that the party was targeting him because he disagreed with its more liberal activists on issues such as abortion rights and gun control.

“They’re using this as a crutch,” he said.

Janicek didn’t deny that he made offensive comments, but he said he apologized for them and assumed the matter would be kept private.

Vince Powers, a Lincoln attorney and former state party chairman who is representing the female staffer, said Janicek also apologized to his client in person, but that she still wants him out of the race.

“People go to work for Democratic candidates in an underdog race because they’re idealists,” Powers said. “So when you get a text like this, it’s just devastating.”

Party officials can only replace Janicek on the November general election ballot if he files a request with the Nebraska secretary of state’s office to have his name removed. If Janicek does withdraw, the party would have a few months to field a replacement. The last day for the secretary of state’s office to certify candidates this year is Sept. 11, which is 50 days before the general election.