“You know, the only thing I regret is Dr. Fauci’s pitch the other day at Opening Day. I felt bad for him,” Navarro said. 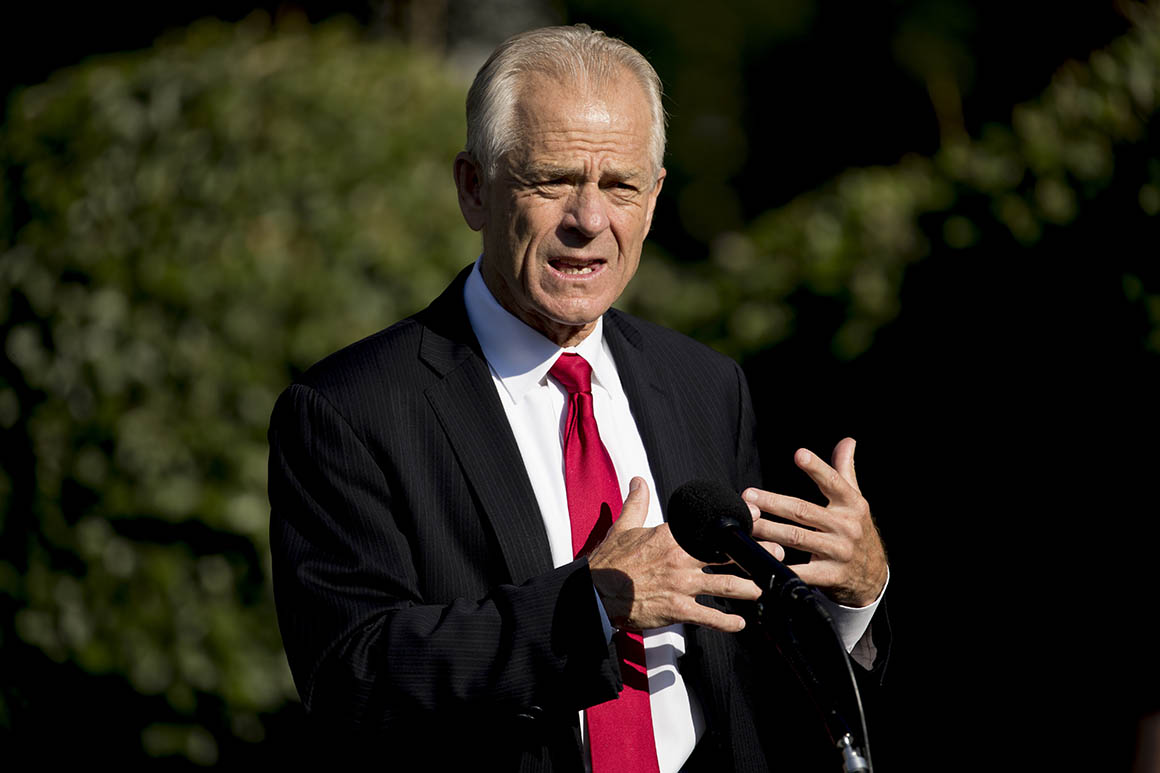 The remarks from Navarro, who is assisting with the administration’s coronavirus vaccine development efforts and coordination of the supply chain for personal protective equipment, came in an interview with “Fox & Friends,” when he was asked whether he regretted authoring an explosive op-ed earlier this month attacking Fauci’s medical expertise.

“You know, the only thing I regret is Dr. Fauci’s pitch the other day at Opening Day. I felt bad for him,” Navarro said. “But I always look forward, and we’re all part of the team. And he actually tells people to wear the masks, and my job is to get them made.”

Navarro also revealed he had not spoken with the doctor since USA Today published his column, titled “Anthony Fauci has been wrong about everything I have interacted with him on.” Pressed on what he would say to Fauci today, Navarro responded: “Let’s fight this China virus and beat it together with the president.”

Navarro has questioned Fauci’s scientific credentials since the early days of the coronavirus pandemic, memorably clashing with the widely respected immunologist in April over the efficacy of the antimalarial medication hydroxychloroquine as a treatment for Covid-19. Navarro had promoted the drug, which was later found to be ineffective against the virus, despite Fauci’s concerns regarding its safety, dragging their disagreement onto cable news.

READ:  The most influential think tank of the Biden era has a new leader

Navarro’s attacks on Fauci escalated a few weeks ago as President Donald Trump made a series of statements contradicting the doctor and the White House launched a campaign to undermine his credibility with the American public. But after the release of Navarro’s anti-Fauci op-ed, the president distanced himself from his aide’s criticism and the West Wing’s press shop insisted it had not approved op-ed.

“I can’t explain Peter Navarro. He’s in a world by himself. So I don’t even want to go there,” Fauci said of his colleague’s op-ed in an interview with The Atlantic earlier this month, characterizing the White House's smears as “bizarre.” The doctor’s relationship with the president appears to have improved somewhat in recent days as Trump apparently seeks to project a more serious tone when discussing the coronavirus’ threat.

As for the swerving first pitch at last week’s season opener between the Washington Nationals and the New York Yankees, Fauci laughed off his unimpressive performance in an interview with The Wall Street Journal. “I should’ve warmed up for 10 minutes,” he acknowledged.

Prior to Navarro’s latest needling of Fauci, Donald Trump Jr., the president’s eldest son, had also ridiculed the doctor in a tweet last Thursday. “Just a bit outside!!!” he wrote online, sharing a video of Fauci lobbing the baseball well outside the strike zone.