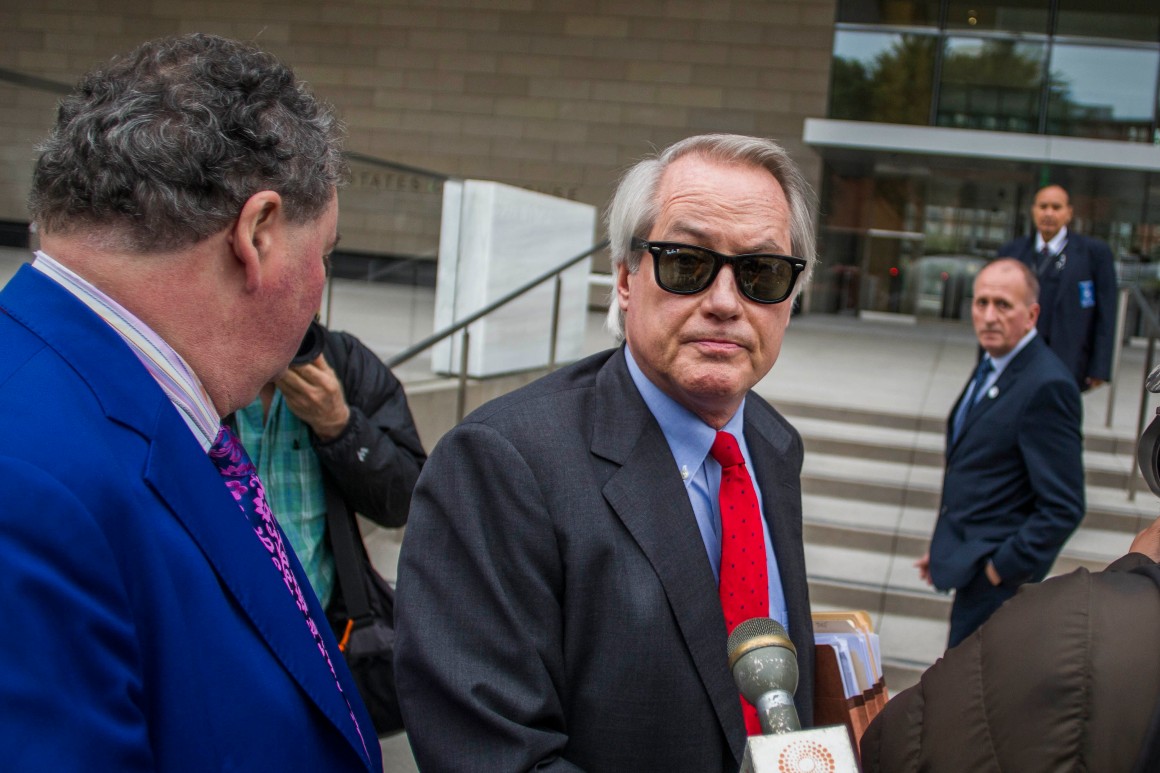 Lawyers for Reid filed a formal motion on Monday to revoke the temporary right to practice that Wood obtained from a federal court in New York in 2018 in connection with a suit he filed on behalf of Roslyn La Liberte, a California woman who contends she was defamed by Reid’s social media posts about an incident at a meeting of the City Council of Simi Valley, Calif., that year.

The motion to revoke the commonly granted “pro hac vice” status Wood received in the case argues that the renowned lawyer’s actions and statements in recent months have been so outrageous that he should no longer be accorded the privilege of practicing law before that New York court.

“The First Amendment protects the right to express one’s opinions, even offensive opinions using colorful and hyperbolic language,” Reid’s attorneys wrote in the new motion. “But Mr. Wood has traveled far beyond that boundary, encouraging the siege on the Capitol to thwart the vote count, falsely attacking the Chief Justice and the judicial system, filing frivolous lawsuits, and violating with impunity the rules of the legal profession. This Court should revoke his pro hac vice status to protect the rule of law and the public’s confidence in it.”

The motion details Wood’s involvement in at least five lawsuits challenging the election results. In some of those cases, he represented himself. In others, he joined with Sidney Powell, a Texas lawyer who briefly represented Trump and has continued to advise him.

Reid’s lawyers also recount some of Wood’s most bizarre statements about Roberts, alleging that he adopted two children from Wales in order to molest them, had ties to the wealthy sex abuser Jeffrey Epstein and was involved in the death of the late Justice Antonin Scalia. In another online rant, Wood called for former Vice President Mike Pence’s “execution by firing squad.”

“Numerous decisions in New York have held that far tamer false statements and misconduct are grounds for discipline, including loss of the privilege to practice in the jurisdiction,” Reid’s attorneys wrote.

Wood did not respond to a message seeking comment for this article, but at a court hearing earlier this month he denied making many of the comments and asserted that others amounted to “rhetorical hyperbole.”

He also dismissed the fact that Ashli Babbitt, the woman who was shot by a U.S. Capitol Police officer after trying to jump through a window near the House chamber, had retweeted a message from Wood shortly before she died. The post said Pence needed to resign and should be charged with treason.

“Whether this lady that died had re-tweeted me, I have no control over that,” Wood said. “I don’t control firing squads. I couldn’t run out and put together a firing squad and go shoot the Vice President.”

Wood also told the court he had “a mountain of admissible evidence” to support the election fraud claims, although judges dismissed nearly every case making such allegations.

A state court judge in Delaware already revoked Wood’s right to practice in that court, saying that the attorney’s recent conduct “exhibited a toxic stew of mendacity, prevarication and surprising incompetence.” Lawyers for the city of Detroit are seeking sanctions against him in a case there and urged that he be referred for bar discipline.

Wood’s actions in recent months have stunned many of his admirers, who saluted him for work pursuing defamation claims against the Atlanta Journal Constitution, CNN and NBC over coverage that fingered Richard Jewell as likely responsible for a bombing at the Atlanta Olympics in 1996.

La Liberte’s suit is likely to proceed whether or not Wood remains as one of her lawyers, since she has several other attorneys in the case. A federal judge tossed out the suit, concluding that La Liberte was a public figure for the purposes of the immigration-focused city council meeting at issue. However, last year a federal appeals court disagreed and revived the case.

Reid’s posts suggested that La Liberte, who was wearing a Make America Great Again hat at the meeting, screamed racial slurs at a Latino youngster there. La Liberte denies that.

After a lawyer for La Liberte reached out to Reid, she took down the offending messages and apologized. The suit was filed the following month.