Months after passage, HHS has yet to allot nearly $100 billion in federal assistance to hard-hit hospitals, health clinics. 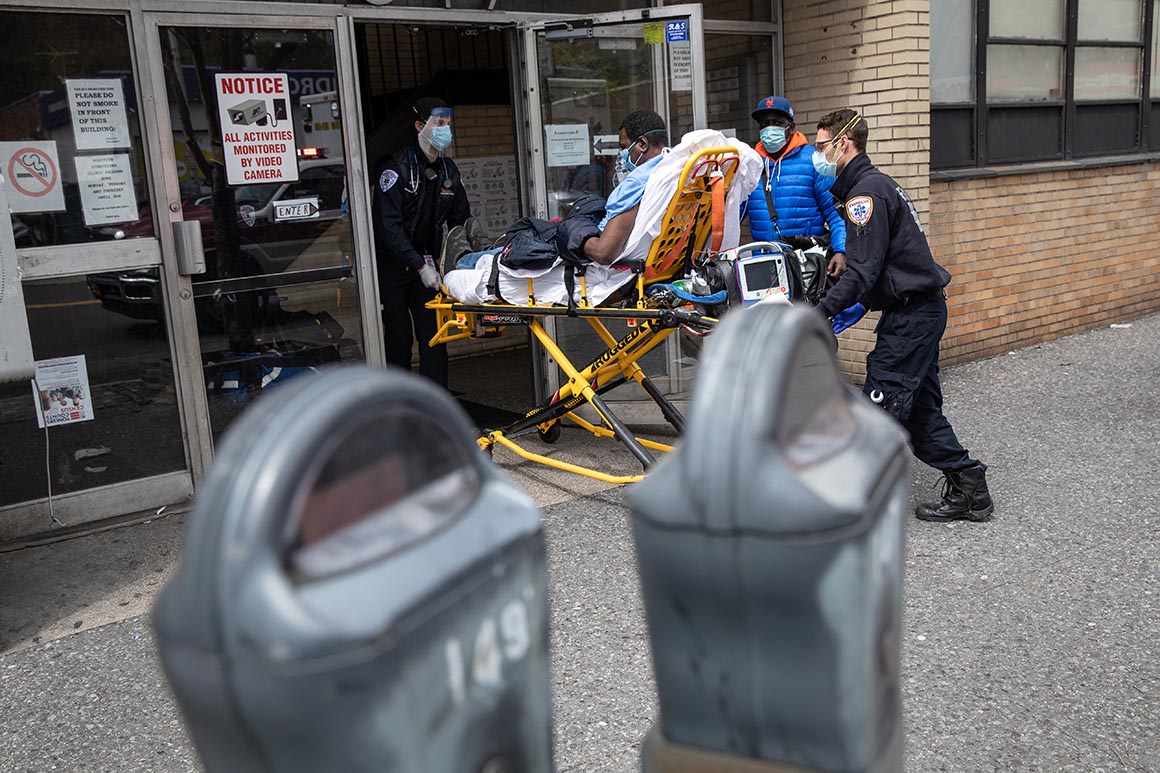 Months after Congress approved $175 billion in emergency aid to health providers, the Trump administration has yet to pay out the majority of the funds — nearly $100 billion — amid a series of setbacks and internal uncertainty over how best to distribute the money.

The delay has prompted complaints by both Democrats and Republicans on Capitol Hill, and left the nation’s safety net hospitals and clinics with relatively little federal support during a pandemic that’s simultaneously thrust them onto the front lines and decimated their finances.

At least 1,900 health center sites across the country have temporarily closed already, with a growing number of providers furloughing staff to keep afloat. What federal aid has gone out has largely missed those that care primarily for the poorest and most vulnerable Americans.

That’s alarmed lawmakers charged with overseeing the Trump administration’s health department, as more providers threaten to buckle under the weight of the twin health and economic crises.

“Congress intended these dollars to go to health care providers quickly to combat the pandemic,” said Sen. Ron Wyden of Oregon, the top Democrat on the Senate Finance Committee. “It’s clear that the Trump administration’s distribution of this aid has been poorly targeted and too slow in coming.”

Republicans led by Senate Finance Chair Chuck Grassley have similarly pressured health officials in private over the past few weeks, at one point threatening to make their criticisms public too if the administration failed to pick up the pace.

“Lead Republicans on the committees of jurisdiction have been unglued at just the remarkable nature of the process,” a person familiar with those discussions said. “It’s just incredibly frustrating.”

A Health and Human Services Department spokesperson said that the department understands there’s “great urgency” to distribute the funds, but that it’s also trying to balance “concerns that these distributions be allocated fairly, transparently, and with appropriate oversight into the process.”

HHS did not offer any timeline for when it plans to distribute its next round of provider aid.

Congress created the provider relief fund in late March as part of its $2 trillion CARES Act, setting aside $100 billion in aid for hospitals and doctors and adding another $75 billion on top of that a few weeks afterward.

But HHS has allocated only about $77 billion of that total to date, according to its own disclosures — a process slowed recently by difficulties figuring out how to get money to the providers still waiting for emergency payouts.

Health officials have spent weeks debating several different criteria for the distributions, four people familiar with the talks said, in hopes of covering the diverse set of safety net providers that spans hospitals, community health centers and more specialized areas like rehabilitation facilities for those with disabilities.

Those deliberations have been compounded by finger-pointing between federal and state health officials, with the Trump administration blaming much of the holdup on state health departments that have been slow to provide information critical to determining which providers should qualify for the next round of funding. 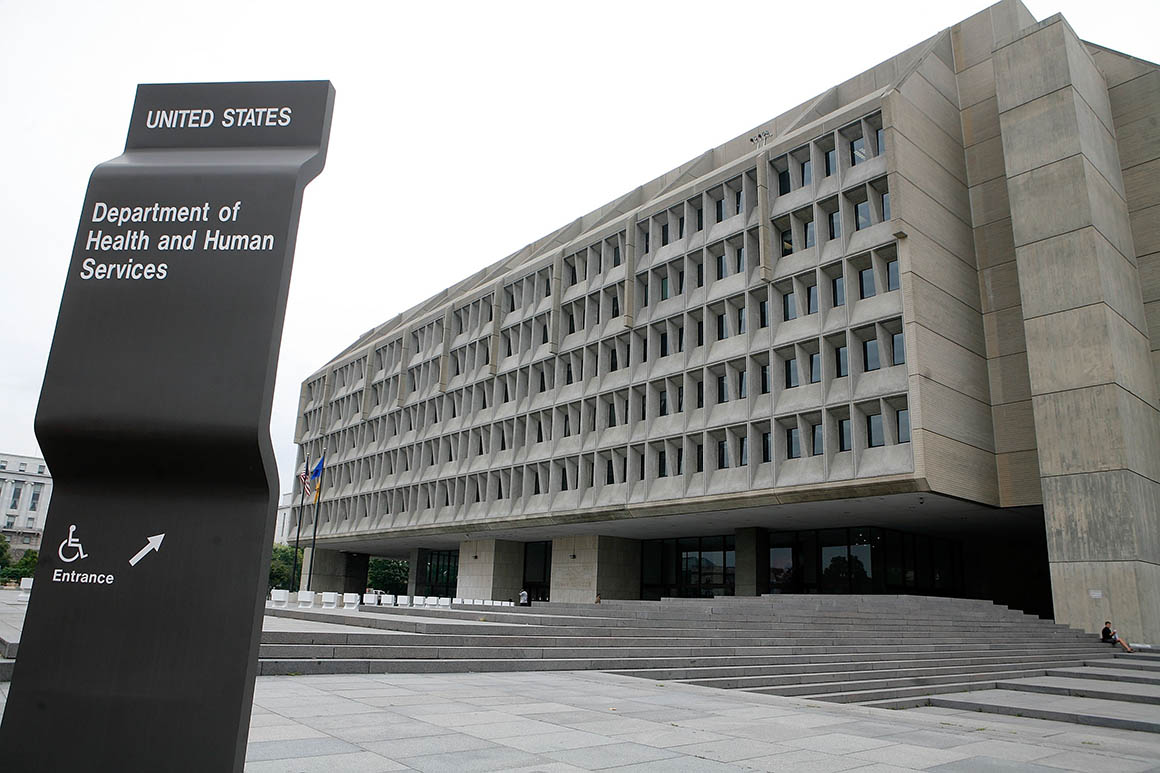 Much of the funds that HHS has allocated so far have been weighted toward hospitals and doctors that regularly bill Medicare — in large part because the health department already has extensive data on participants in that federal program, making it easier to rapidly ship out the funding.

But that approach has disadvantaged providers that largely — or even exclusively — treat patients who are covered by Medicaid, or that don’t participate in the Medicare program.

HHS does not maintain similarly detailed databases for Medicaid, the low-income health program run by individual states, making it far more challenging to identify and quickly get bailout money to that wide swath of the industry.

The Trump administration began asking state health officials for Medicaid-heavy providers’ tax and banking information about a month ago, in hopes of speeding distributions to safety net organizations. But some states initially balked over potential privacy issues and legal limitations about what sensitive information they could disclose. Others claimed that certain providers were refusing to share the data, or that they didn’t have access to the specifics that HHS was seeking.

State health agencies have bristled at the suggestion they’re responsible for slowing the process, questioning why it took HHS more than a month after the fund’s creation for the department to seek the Medicaid data.

“There’s about a five-week gap between the passage of the CARES Act and the beginning of the process,” said Jack Rollins, the program director for federal policy at the National Association of Medicaid Directors.

When HHS did contact the states, he added, the department initially gave just a few days to compile and send them what they needed.

In response to questions about HHS’ conversations with states, a spokesperson said the department has “maintained open communications” with all providers and state agencies since the beginning of the pandemic response.

While most states delivered HHS the information they had within a week, it was not until late May that every state and U.S. territory finalized their data submissions. Even then, several states could not provide comprehensive banking information for all their Medicaid providers – meaning the federal government will likely still need to request it from certain individual hospitals and health care organizations.

The delay has irritated providers and some key lawmakers, who contend the data difficulties were foreseeable and just the latest example of the chaotic way in which HHS has run the major coronavirus aid program.

READ:  Former cybersecurity chief hints at legal action against Trump attorney who said he should be ‘shot’

The administration sped an initial $50 billion to providers within weeks of President Donald Trump signing the bailout fund into law, doling out the money through a pair of simplified formulas.

But that criteria meant that some of the money automatically went to hospital facilities that had closed in the last year. Major corporations, including including Walmart, received aid through the provider program that they quickly sought to return.

Those first rounds of bailout funds showed up in some providers’ bank accounts with little warning, touching off a scramble to figure out how the money could be spent and under what circumstances.

Health care organizations that received the money were required to pledge that they would abide by certain conditions, such as spending the aid only on coronavirus-related expenses or to make up for revenue lost during the pandemic, and compiling financial documents that would eventually need to be submitted as part of regular reports to the administration. If they failed to do so, HHS warned it could claw back the money or launch an audit.

Yet HHS has subsequently changed the program’s guidelines on several occasions, regularly updating and altering documents meant to help walk providers through the process. For example, a May 29 update to an FAQ for the provider fund made dozens of changes compared with the prior version — including adding four new sections detailing how providers could and could not use the money.

HHS also hasn’t specified what information providers will need to include in their reports on how they’re spending the money, even though the first one is due to the department in early July.

An HHS spokesperson said the department is coordinating with other agencies on the issue, but did not give a timeline for releasing any guidance.

That’s fueled anxiety among hospitals and doctors that they’ll unwittingly misspend their funds or end up under investigation years after the crisis subsides. Encompass Health, which operates home health facilities, told investors in late May that the conditions attached to the funding were so uncertain that it opted to just return the roughly $237 million it received from the government.

“The form of the attestation associated with the acceptance of these funds remains very open-ended, and includes provisions that allows HHS or other governmental entities and committees of Congress to add terms and conditions unilaterally,” Encompass CFO Doug Coltharp said.

In other instances, providers eager for the federal aid waited weeks for funds that they were told in late April would come soon.

“We are concerned that most of our members have not received a second payment from the $50 billion general allocation fund, despite providing the required financial documentation,” the American Medical Group Association, which represents 440 medical groups and health systems, wrote in a May 27 letter to HHS Secretary Alex Azar.


The next day, many members began receiving those dollars, AMGA officials said, with the rest expected to come in this week.

Despite the frustrations, AMGA and some other industry organizations acknowledged the inherent difficulties facing HHS in administering a such a massive fund. Congress offered little instruction for allocating the aid, leaving it to the administration to create a process for quickly and securely handing out hundreds of billions of dollars.

“This is not something where there was a cookbook, or even a lengthy congressional process to work through implementation issues,” said Chip Kahn, the CEO of the Federation of American Hospitals. “They’re building this from a standing start.”

But both providers and lawmakers charged with overseeing the fund have lamented the administration’s lack of transparency. HHS has offered little guidance, in public or private, for how it’s planning to allocate funding and which organizations will qualify ahead of each round of payouts – complicating providers’ financial planning and often creating widespread confusion.

“We get no information about money that’s getting dropped until our clients start sending us screenshots of their bank deposit,” said one compliance professional who’s advising several hospitals on the federal aid.

On Capitol Hill, lawmakers have struggled to understand where the money is going. The Centers for Disease Control and Prevention houses the central list of providers that have received federal aid so far, even though it’s not among the main agencies administering the program – that duty has largely fallen to the tiny Health Resources and Services Administration.

And a required May 26 report to Congress on the fund’s status clocked in at three pages, and included only basic information that was already almost a month out of date.

That’s left little clarity about when the administration will make its next major payout, which Medicaid-heavy providers will qualify and even how much it’s setting aside for those still awaiting their pandemic aid.

“Exactly what is the size of the pot we’re talking about for our Medicaid provider funding allocation?” Rollins said. “We’re not really sure what the answer to that is.”

Rachel Roubein contributed to this report.