The report does not say what prompted the agency to reverse course, when it decided to change direction or who made the decision. 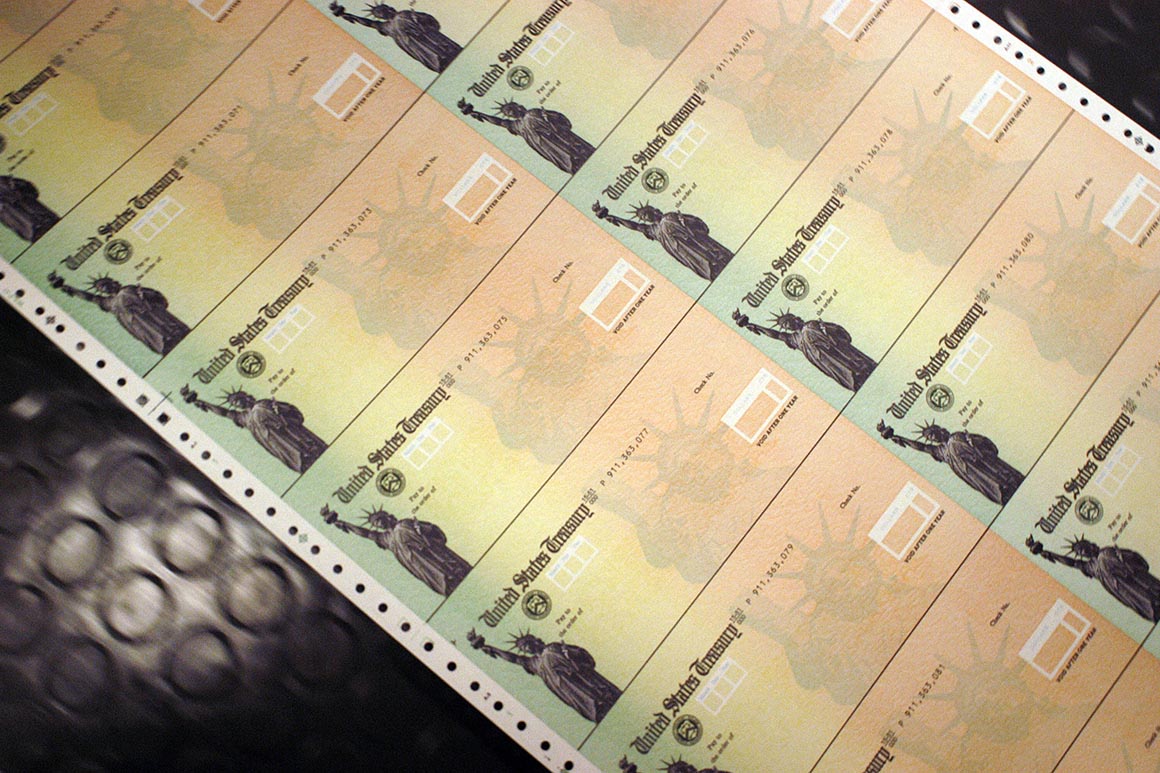 The IRS sent stimulus checks to more than 1 million people who had died because it initially believed it did not have the legal authority to withhold them, according to an independent watchdog.

The administration later reversed itself, and began trying to block payments going to the dead while asking survivors to return those that did slip through, the Government Accountability Office said in an analysis released Thursday.

The report does not say what prompted the agency to reverse course, when it decided to change direction or who made the decision.

Nevertheless, the account — included in an oversight report on legislation approved in response to the coronavirus outbreak — is the fullest description thus far of how payments ended up going to the deceased.

As of April 30, almost 1.1 million payments totaling $1.4 billion had been issued to the dead, the report said.

Though they represented a tiny share of the more than 160 million payments made, they received outsized attention, with critics calling them evidence of government mismanagement. In mid-April, President Trump said publicly he wanted that money returned.

Government veterans have said it is all-but-inevitable the dead would get paid when the IRS is under pressure to distribute payments as quickly as possible, even as the coronavirus was killing tens of thousands of people. Some outside experts had questioned whether the legislation approved by Congress gave the executive branch the power to stop the payments.


The GAO report makes clear that, at least for a time, the IRS believed that it did not.

READ:  Judge rules sexual assault case against the military's No. 2 officer can proceed

According to the tax agency, the report says, the IRS first raised questions about payments going to the departed in late March, when Congress was still writing the legislation authorizing the checks.

“IRS counsel subsequently determined that IRS did not have the legal authority to deny payments to those who filed a return in 2019, even if they were deceased at the time of payment,” GAO said.

The IRS’s top lawyer said the same rationale applied to those who had filed a 2018 return, but not yet a 2019 one. (Under the coronavirus measure, the IRS was to determine whether someone was eligible for the $1,200-per-adult payments using returns going as far back as 2018.)

Because of that opinion, GAO said, the IRS did not initially screen payments with death records kept by the Social Security Administration.

An unnamed Treasury official offered a conflicting account of how the department learned of the payments, the report indicates, telling GAO it was not aware of the issue “until it was reported in various media outlets.”

“Treasury officials said that upon learning that payments had been made to decedents, Treasury and IRS, in consultation with counsel, determined that a person is not entitled to receive a payment if he or she is deceased as of the date the payment is to be paid.”

Officials decided they had the power to stop the checks under a 2019 law targeting improper payments. After that, GAO said, the IRS began cross referencing payments with government death records.

On May 6, the IRS announced those payments should be returned, and the agency subsequently included directives on envelopes containing the payments asking they be returned unopened.

READ:  Biden will not visit Kenosha on Monday

The department though does not intend to spend much time hunting down the money, the report suggests.

It's unclear how many of those checks have been returned or how many direct deposits were not accepted — “the amount of which IRS and the Treasury are still determining.”