The urgent, personal tone of Obama’s remarks closely resembled her address to the Democratic National Convention in August. 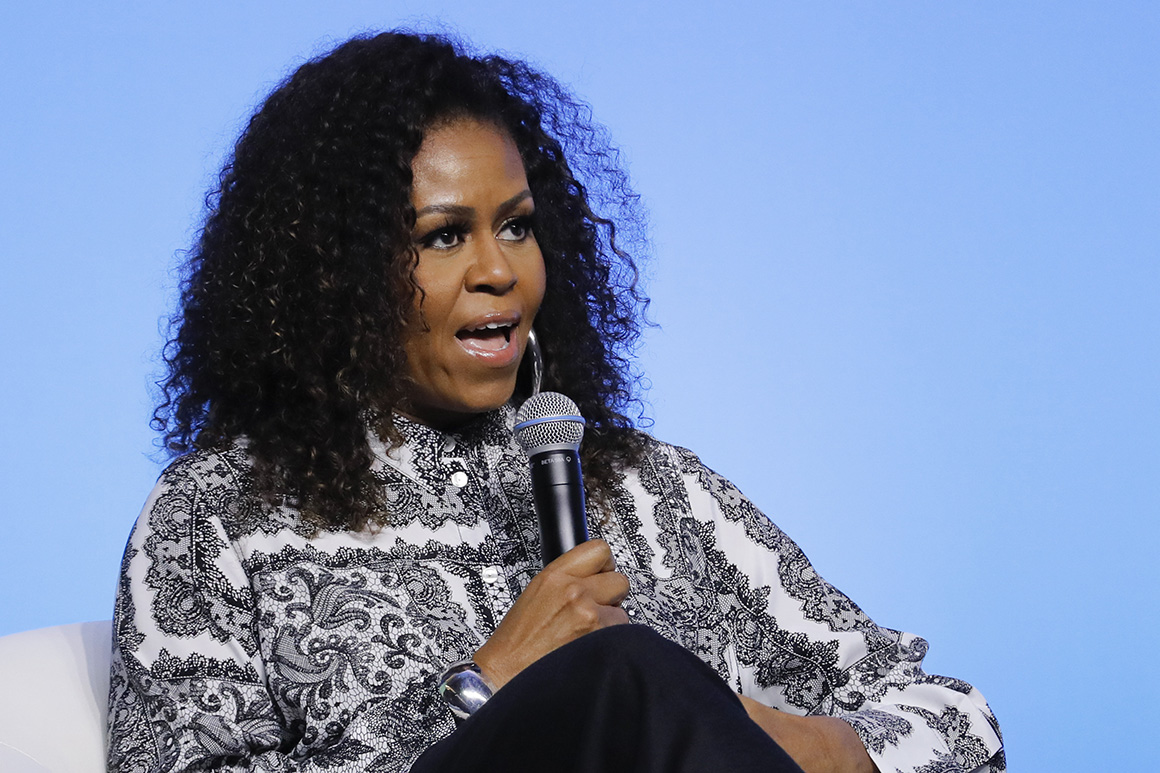 In a 24-minute video released less than a month from Election Day, Obama called Trump a commander in chief who “has been missing in action” and asserted that “we simply cannot trust this president to tell us the truth about anything.”

The urgent, personal tone of Obama’s remarks closely resembled her address to the Democratic National Convention in August, viewed by many within the party as one of the most effective moments of the four-day virtual nominating event.

In that speech, Obama contended that a president “simply cannot fake your way through this job” — an argument she reprised Tuesday when she said that “our country is in chaos because of a president who isn’t up to the job.”

Obama also excoriated Trump’s response to nationwide protests against racial injustice and police brutality that emerged over the summer. She accused the president and his allies of “stoking fears about Black and Brown Americans,” “lying about how minorities will destroy the suburbs,” and “whipping up violence and intimidation” amid largely peaceful mass demonstrations.

“What the president is doing is, once again, patently false. It’s morally wrong. And yes, it is racist,” she said, warning that “Racism, fear [and] division … are powerful weapons” that can “destroy this nation if we don’t deal with them head on.”

In making her case for Biden, Obama described the former vice president as “a leader who has the character and the experience to put an end to this chaos, start solving these problems, and help lighten the load for families all across the country.”

Perhaps “the most important thing” she had learned about the presidency during her eight years in the White House, Obama said, was that “a president’s policies are a direct reflection of their values.” And Biden is “a good man who understands the struggles of everyday folks,” she attested.

The former first lady’s remarks made no reference to Trump’s recent hospitalization from the coronavirus. But in a message appended to the video on her social media channels, she addressed the expanding Covid-19 outbreak at the White House and expressed sympathy for “everyone touched by this virus.”

“I’ll be very honest: This is a message I’d planned to release earlier, and after everything that’s happened, I weighed whether or not to go public at all,” she wrote. “But I wanted you all to hear what’s been on my mind. Because the fact is that the drama of the past few days has only emphasized what’s at stake in this election.”