Minnesota state Sen. Matt Little has built a national Gen Z following by embracing the app that other politicians shun. 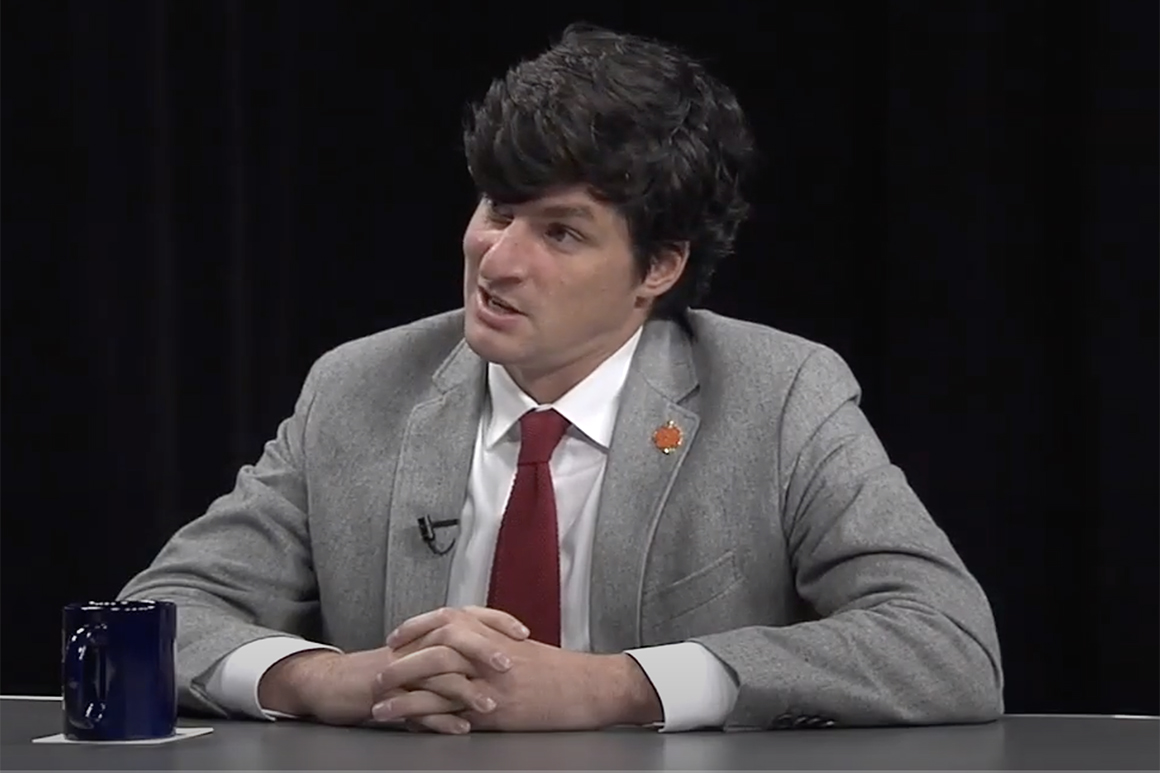 When reports began surfacing that President Donald Trump’s plans to ban the video app TikTok wouldn’t go into effect immediately, Minnesota State Sen. Matt Little responded in typical fashion — by lip-syncing along to DJ Khaled’s 2010 hit “All I Do Is Win” in a TikTok video.

The 35-year-old Little is a rarity: A politician who fully embraces the Chinese-owned social media site, which is taboo to many in Washington because of concerns that it could be used as a data-collecting tool for the Chinese government.

Unafraid to look goofy, the tousle-haired Little leads a tiny cadre of politicians, almost all Democrats, who have defied calls for a ban and used the app to reach young voters.

The best-known by far is Massachusetts Sen. Ed Markey, who is in the race of his life against an opponent three and a half decades his junior, Rep. Joe Kennedy III. Though Markey is one of the Senate’s most prominent voices on tech issues, the footprint of his official account is small — just under 9,000 followers. By contrast, Little has more than 140,000, making him, according to a POLITICO analysis, easily the most followed American politician active on the hugely popular app.

For the handful of politicians who’ve embraced it, TikTok fills a couple of important voids. For one, it’s among the few vehicles guaranteed to attract one of the most elusive demographics – Generation Z, the very youngest voters. And at a time when Covid-19 makes door-to-door connections unlikely, Markey’s campaign manager John Walsh sees it as a way to connect directly, and informally, to voters.


A Markey video shows the septuagenarian senator in khakis draining free-throws on a basketball court while a speech extolling the virtues of the Green New Deal plays in the background. The campaign says the hashtag #edmarkey has reached over 800,000 people on the app.

“We go where people are, and young people are there,” Walsh said of the app. “It's a bunch of teenagers and a 74-year-old United States senator.”

Both Little and the Markey campaign downplayed any concerns about TikTok presenting a national security risk.

“Ed Markey recognizes that TikTok as a platform is far from perfect when it comes to privacy and he has called for the Federal Trade Commission to increase its attention to the dangers that minors encounter online, including the use of their personal data for advertising dollars,” Paul Bologna, Markey’s digital and creative director, said in a statement in response to questions over the app’s security concerns.

Little put it this way: “I think TikTok’s getting singled out because it's been the younger generation’s tool for politics,” he said, citing other popular Chinese-based apps like gaming app PUBG that don’t receive similar attention.

“If they want to see my Google Maps running back and forth to the Capitol or going out campaigning, they can see that,” Little added, noting he uses the app on his personal phone and not on any government property.

But most politicians, across party lines, are far more skittish – shunning TikTok almost entirely. Markey posted a video touting the endorsement of Rep. Alexandria Ocasio-Cortez (D-NY), but Ocasio-Cortez herself, though known for her social-media savvy and her 6 million Instagram followers, does not post on TikTok.

In March, Rep. Abigail Spanberger (D-Va.) authored legislation that would ban TikTok from the phones of TSA workers. She said in a statement that lawmakers using TikTok concern her, as politicians can be the target of intelligence operations and their accounts can inadvertently send the message that the app is “completely harmless.”

“When it comes to cybersecurity and protecting the privacy and data of the American people, our government — including elected officials — should set an example for the public,” Spanberger, a former CIA officer, said. “As representatives, we should always be looking for ways to communicate with our constituents, but we cannot lose sight of risks associated with certain tools, especially when they can be manipulated by foreign adversaries.”

The issue has also struck a chord among GOP lawmakers wary of Chinese influence on American lives. Sen. Josh Hawley (R-Mo.), the most outspoken TikTok critic in Congress, labeled TikTok “a surveillance apparatus for Beijing” and “a Trojan horse” in a statement.

READ:  Joe Biden’s First Diplomatic Fight Will Be at Home

Hawley has co-authored legislation with Sen. Rick Scott (R-Fla.) that would further ban the Chinese-owned app from the phones of government employees — a measure the Senate passed on August. The Missouri Republican also wrote a letter with Sen. Richard Blumenthal (D-Conn.) urging the Justice Department to open an investigation into the social media platform.

“TikTok not only captures the videos that you upload, but it also monitors your keystrokes, what websites you visit, your contact list — all when it’s just running in the background,” Hawley said in a statement. “Not only does TikTok scoop up that data, but its parent company ByteDance is based in China where Chinese law requires companies to share sensitive data with the Chinese Communist Party.”


TikTok officials dispute the notion that the app represents anything more nefarious than any other social-media site, arguing TikTok is unfairly targeted due to its Chinese origins. They say they follow U.S. law and point to their pledge to employ thousands of Americans as evidence of TikTok’s role as “responsible and committed members of the American community.”

Meanwhile, millions of American teenagers and young adults have flocked to the social media app, sharing short videos, dancing along to hit songs and circulating viral memes. A 2018 analysis found 41 percent of the app’s users are 16 to 24 years old, and TikTok’s popularity has only ballooned in years since.

TikTok prioritizes authenticity, something young voters often find in short supply among politicians, and so succeeding on TikTok can be like breaking a complicated code. That’s why Little, for one, insists that it’s such a valuable tool.

He launched his TikTok account in January, aiming to gain 2,000 followers. Now, the state lawmaker – a lawyer and former union official who was little known outside his district of around 80,000 south of the Twin Cities -- has seen his hundreds of videos garner over two and a half million likes in total. Users flood him with comments noting his uncanny resemblance to “Parks and Recreation” character Ben Wyatt, urging Little to run for president and lamenting the fact that some can’t vote for him due to their location.

READ:  Republicans take on Biden's Cabinet, but without the Trumpian fury

In one TikTok video, Little sums up his legislative priorities while lip-synching to “Exactly How I Feel” by local artist Lizzo. With each repetition of the chorus, Little points to text popping up on the screen: “Prescription drugs should be affordable.” “We need affordable college.” “Paid Family Leave.” “Affordable childcare.” “Automatic voter registration.” “Campaign Finance Reform.”

While the Democratic state senator peppers his policy views throughout his hundreds of videos, his jokes reign supreme: The nearly 8,000 likes on Little’s policy-oriented video are dwarfed in comparison by the 316,000 likes on a clip that features another politician checking in to see if Little is “still using TikTok.”


“Oh hi, thanks for checking in,” Little sings along, while sitting on his office floor. “I’m still a piece of garbage!”

“The stuff that does well is the self-aware TikToks — I know the reputation of politicians,” Little said. “It's hard to be yourself all the time on these apps, but this one really allows me to do that.”

There are early signs that political organizing on the app can achieve tangible results. In July, Little’s account posted a video urging users to Venmo his campaign account small donations to “defeat the Super PACs trying to beat me.”

Three days later, Little said the campaign had raised $3,500 from around 700 people, driven by Venmo donations.

But Little said his TikTok account mainly aims to ease the burden of a tough calendar year.

“I think people have enjoyed the positivity, the humor, the relief from the typically divisive nastiness that politics comes with,” Little said.

Little acknowledged that TikTok isn’t for everyone, and suggested that many politicians shun it not out of national-security concerns but because they can’t handle the demands for authenticity.

“This app fits my personality,” Little said. “But if you get on there and do it wrong, you're just going to get roasted.”