“Just another day and another attack that we continue to see,” Mark Meadows said. 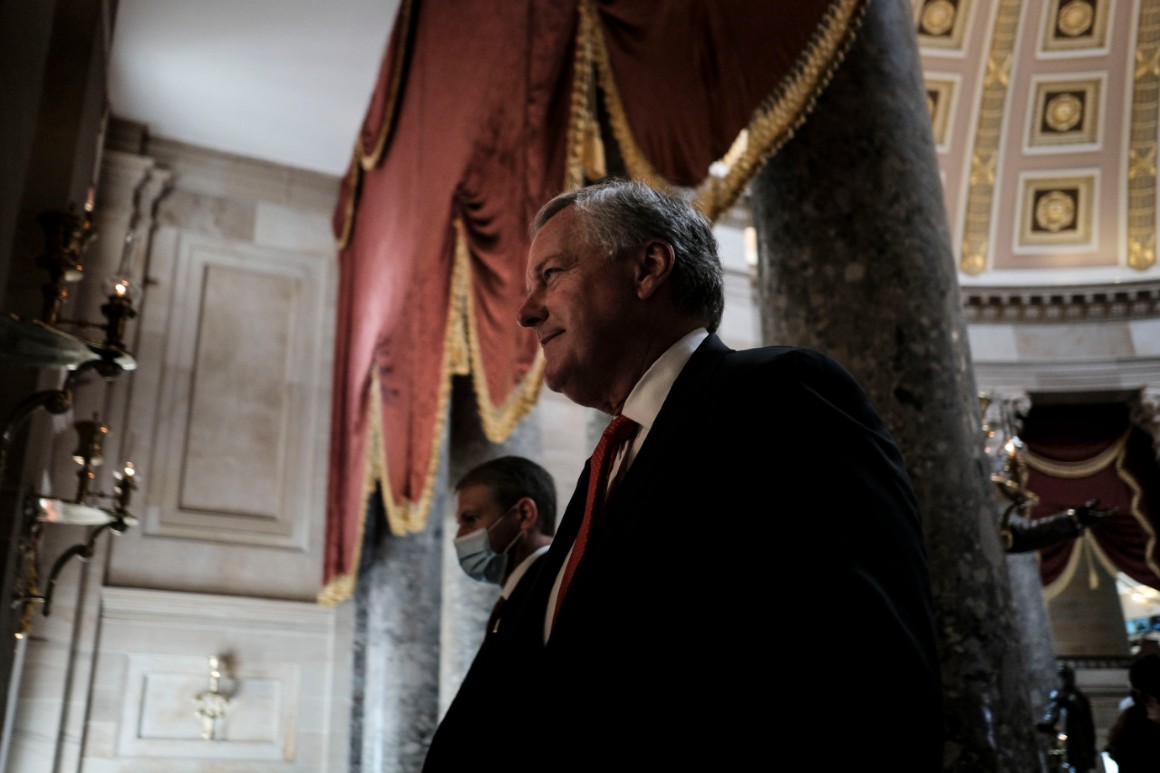 White House Chief of Staff Mark Meadows on Sunday challenged the credibility of the Trump family member who released tapes in which the president’s older sister, Maryanne Trump Barry, said Donald Trump “has no principles.”

“Just another day and another attack that we continue to see,” Meadows told ABC’s “This Week” host George Stephanopoulos.

The chief of staff doubled down on the defense, criticizing the fact that the accusations were made through secret audio recordings by the president’s niece, Mary Trump.

The president’s niece recently released a tell-all book, “Too Much and Never Enough: How My Family Created the World's Most Dangerous Man,” claiming the president had vastly overinflated his accomplishments and badly mistreated many people, including family members. The book also claimed Trump cheated on his college entrance exams, among other things.

The secret audio recordings of Maryanne Trump Barry were published by the Washington Post on Saturday. They consist of conversations between her and Mary Trump in which she details the president’s character.

“I’m talking too freely, but you know,” Maryanne was heard saying of the president’s conduct. “The change of stories. The lack of preparation. The lying. Holy sh-t.”

The release of the recordings came shortly after the death of the president’s younger brother, Robert Trump, whose funeral was held Friday. Robert sued on behalf of the family to block Mary Trump’s book because of a nondisclosure agreement stemming from a lawsuits two decades ago over a will that had largely excluded Mary Trump.

READ:  Trump Is Not the Man He Used to Be

Meadows said politics were behind Mary Trump’s release of her aunt’s remarks.

“This is politics as usual by a niece that was written out of a will, that apparently just has an ax to grind because she wants Joe Biden to be president,” he said. “I can tell you this — that this president each and every day is not only well-prepped, but does more than any president that I have ever been able to have the privilege of researching and reading about in terms of wanting to make sure that we advance critical, critical agendas for the hard-working American people on main street.”

The White House also released a statement from the president regarding the recordings Saturday: "Every day it’s something else, who cares."