“What I do think is clearly a bridge too far is this nonsense that we need to airbrush the Capitol,” he says. 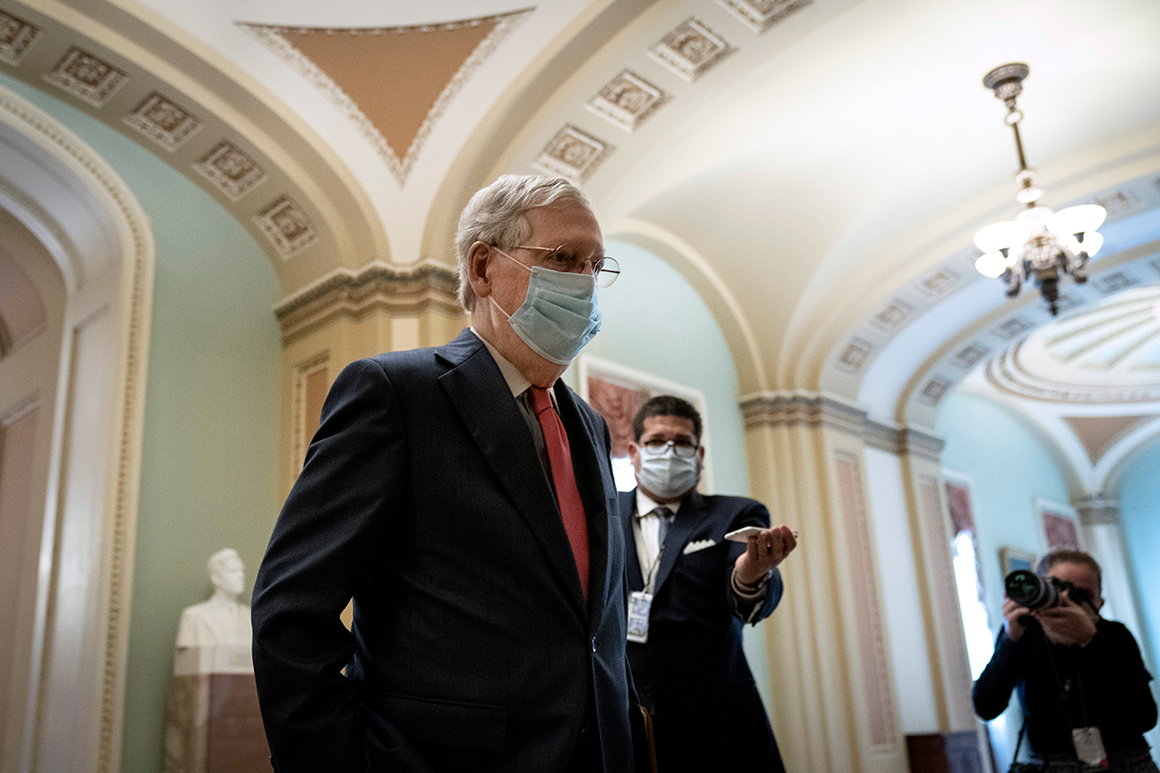 Senate Majority Leader Mitch McConnell on Tuesday rebuffed Speaker Nancy Pelosi’s calls for nearly a dozen Confederate statues to be removed from the Capitol, saying it was an attempt to “airbrush” history.

“What I do think is clearly a bridge too far is this nonsense that we need to airbrush the Capitol and scrub out everybody from years ago who had any connection to slavery,” the Kentucky Republican told reporters, noting that a handful of former American presidents owned slaves.

Each U.S. state sends two statues to the Capitol building, and they can be switched out at any time. Sen. Roy Blunt (R-Mo.), who chairs the Senate Rules Committee, said seven states are in the process of removing certain statues from the Capitol.

But last week, amid a nationwide reckoning over continued racial injustices highlighted by police killings of unarmed African-Americans, Pelosi demanded that 11 Confederate statues be immediately removed.

“While I believe it is imperative that we never forget our history lest we repeat it, I also believe that there is no room for celebrating the violent bigotry of the men of the Confederacy in the hallowed halls of the United States Capitol or in places of honor across the country,” Pelosi wrote.

Despite his opposition to removing the statues, McConnell signaled an openness on Tuesday to calls for U.S. military installations to be renamed if they are named for a leader of the Confederacy. The Senate Armed Services Committee last week approved an amendment to the annual defense policy bill that would require the Pentagon to rename those locations.

READ:  Inside Joe Biden’s plan to avoid a midterm ‘shellacking’

“If It’s appropriate to take another look at these names, I’m personally OK with that — and I am a descendant of a Confederate veteran myself,” McConnell said. “With regard to military bases, whatever is ultimately decided, I don’t have a problem with.”

But President Donald Trump has been outspoken in his view that the bases should not be renamed, setting up a potential veto threat as Congress gears up to send the defense bill to the president’s desk.