The remarks from McCarthy represent the latest escalation in his feud with Cheney. 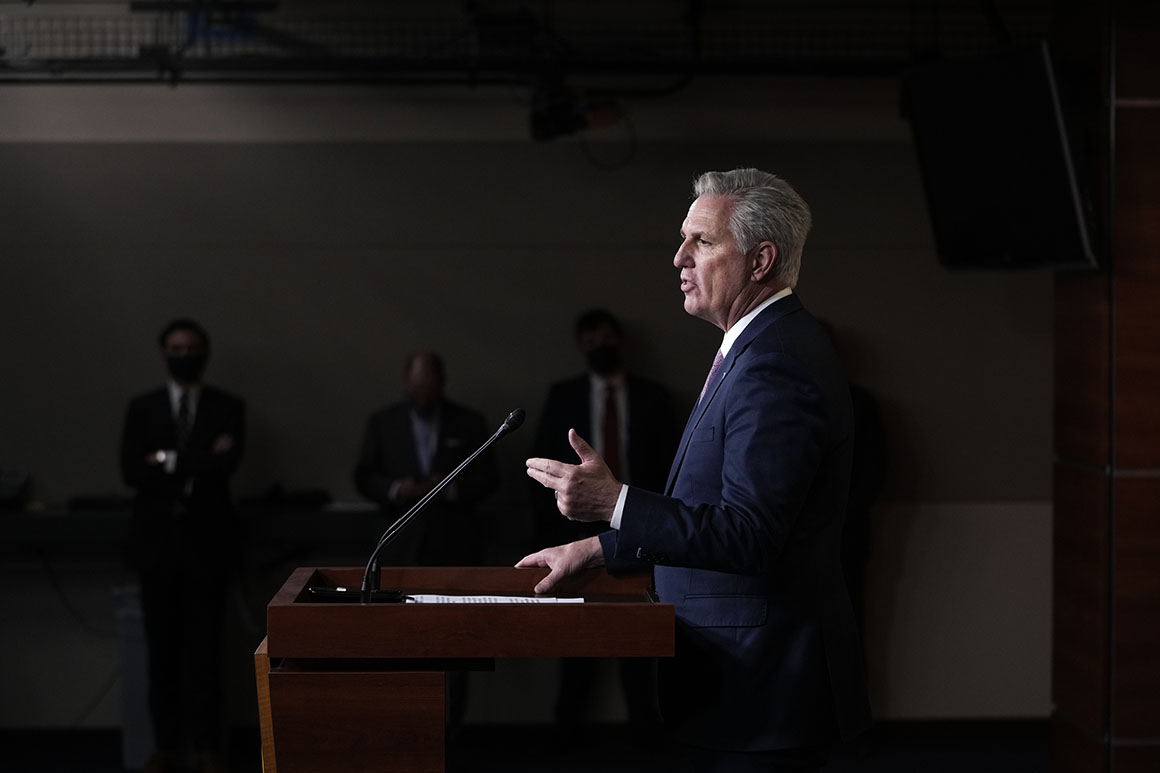 House Minority Leader Kevin McCarthy said Tuesday that his GOP caucus had voiced concerns about House Republican Conference Chair Liz Cheney’s “ability to carry out” her leadership role — denying that intra-party frustrations with the No. 3 House Republican is rooted in her vote to impeach former President Donald Trump.

“There’s no concern about how she voted on impeachment. That decision has been made,” McCarthy (R-Calif.) told “Fox & Friends” in an interview.

The remarks from McCarthy represent the latest escalation in his feud with Cheney (R-Wis.), who in February fended off an effort by conservative GOP lawmakers to oust her from her leadership post after she voted to impeach Trump for his role in inciting the Jan. 6 insurrection at the Capitol.

McCarthy defended Cheney at the time, but their relationship has since soured as McCarthy has sought to walk back his criticism of Trump and tether himself more closely to the former president — all while Cheney has continued to insist Trump should play no role in the future of the Republican Party.

Tensions between the two House Republican leaders resurfaced at a retreat for GOP lawmakers in Florida last month, where McCarthy and Cheney publicly broke with one another in a series of remarks to reporters over Cheney’s messaging, Trump’s 2020 election falsehoods and a proposed bipartisan commission to investigate the insurrection.