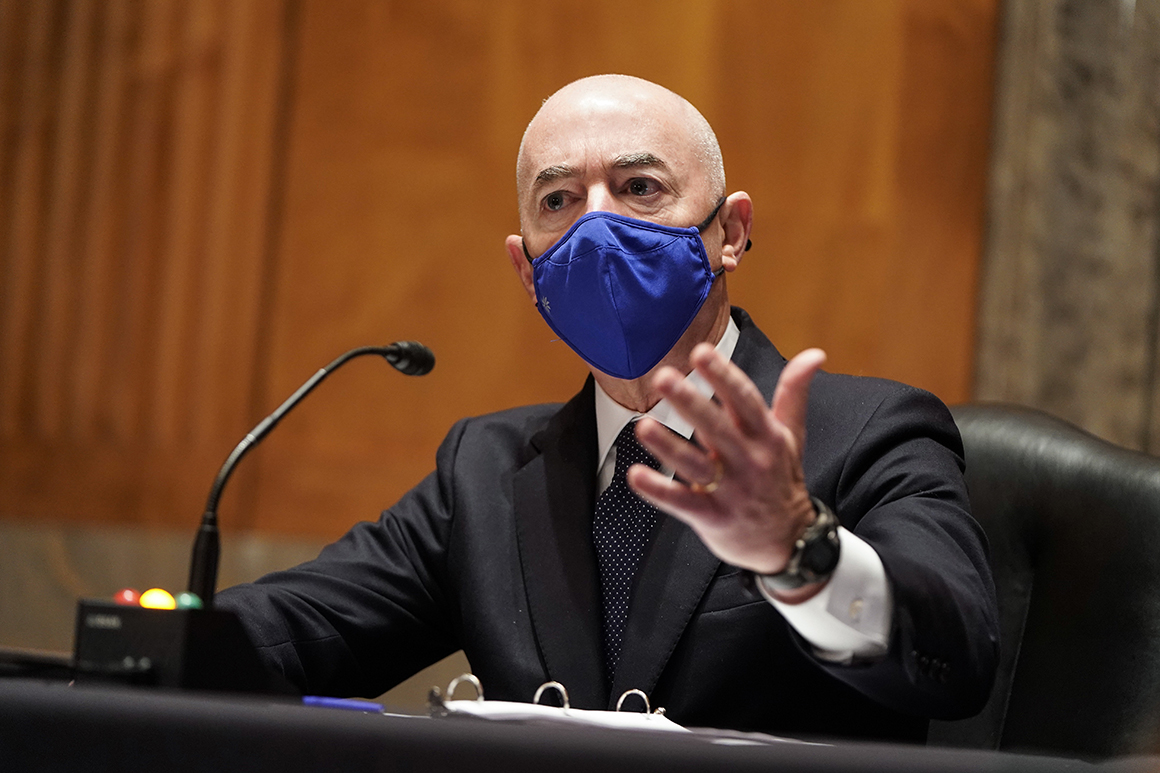 Homeland Security Secretary Alejandro Mayorkas on Wednesday made clear the Biden administration will not back off of efforts to create its promised “fair and humane” immigration system amid the influx of unaccompanied minors at the U.S.-Mexico border and mounting criticism from Republicans.

In a hearing held by the House Homeland Security Committee, Mayorkas defended the Biden administration’s approach as Republican lawmakers repeatedly characterized the situation at the border as a “crisis” that is the product of mishandled policy by the White House.

“The situation is undoubtedly difficult,” Mayorkas said. “What the president is committed to and what I am committed to execute is to ensure that we have an immigration system that works and that migration to our country is safe, orderly and humane,” he added.

A day earlier, Mayorkas warned that the U.S. is “on pace to encounter more individuals on the southwest border than we have in the last 20 years.” During the hearing, he repeatedly said the Biden administration is immediately expelling the vast majority of migrants crossing the border. Only unaccompanied minors and some families are being allowed to stay while they await hearings on their asylum claims in U.S. courts.

Rep. Michael McCaul (R-Texas) criticized the Biden administration's rollback of former President Donald Trump’s policies, including the Remain in Mexico protocol, which forced migrants to stay in Mexico while waiting for their asylum cases to be heard. McCaul suggested that “deterrence does work” at stopping an influx of migrants at the border — and said the Biden administration is sending the wrong message to migrants.

READ:  Impeachment investigators have received over 200 tips about Cuomo

Mayorkas pushed back that “sometimes the tool of deterrence [defies] the values and principles for which we all stand.”

In February, U.S. border agents apprehended more than 100,000 migrants, according to U.S. Customs and Border Protection statistics. The majority of those migrants are almost immediately sent back under a public health authority that Trump invoked in March 2020 given the pandemic, according to Homeland Security officials.

CBP also took into custody nearly 9,500 unaccompanied children in February, a 61 percent increase from January. In the first two months of of the year, more than 15,000 unaccompanied minors have arrived, a 133 percent increase from the same period in 2020. And those numbers are projected to be significantly higher for March, as officials have already seen dramatic increases in the first half of the month.