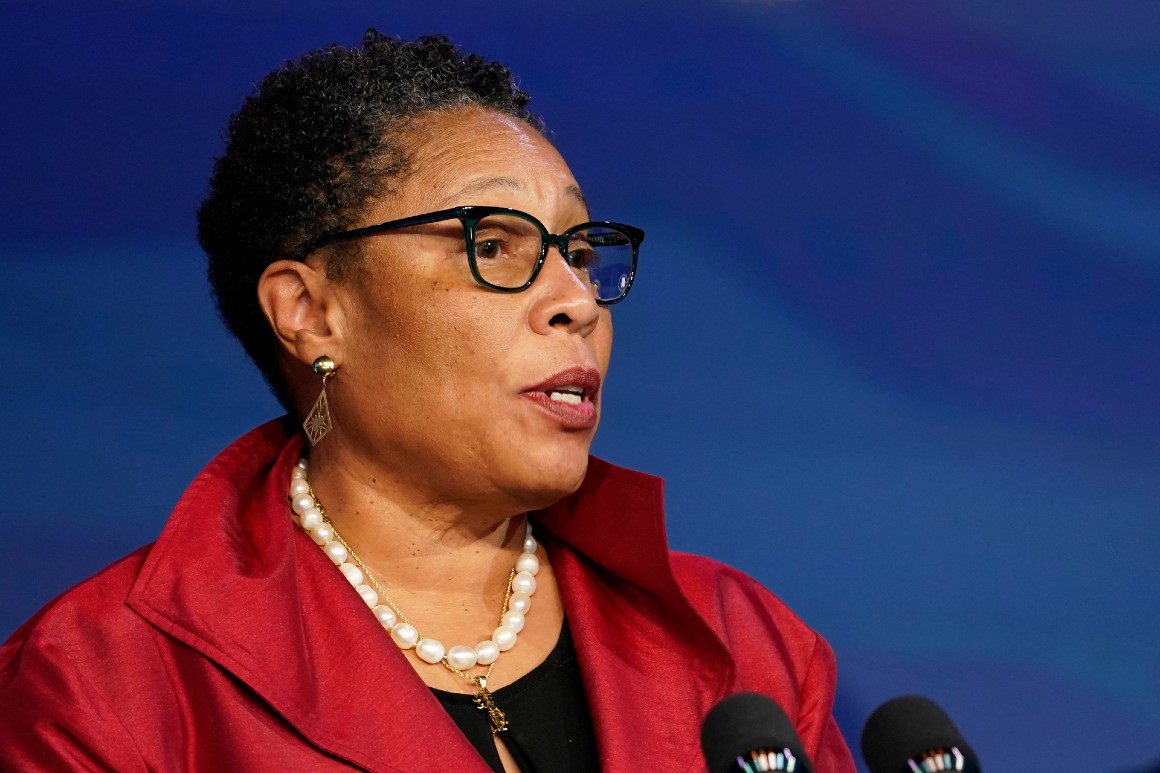 Rep. Marcia Fudge (D-Ohio) will call on lawmakers to boost funding for housing programs in the U.S., saying the money allocated by Congress is woefully inadequate to help the millions of Americans struggling to stay in their homes.

“We need to expand resources for HUD's programs to people who are eligible,” Fudge, President Joe Biden's nominee to head the Department of Housing and Urban Development, will tell the Senate Banking Committee on Thursday, according to prepared remarks. “Today, according to a 2017 study, only 1 out of 5 eligible households receive housing assistance.”

The call for dramatically increased housing aid — even beyond the money spent during the coronavirus pandemic — sets up a potential showdown with Republicans concerned about what one congressional aide to a top GOP lawmaker called an “activist HUD."

“There will be a fair amount of focus on Rep. Fudge’s policy positions as being a bit outside the mainstream of conventional Democratic orthodoxy,” the aide said, pointing to a resolution calling for a “Poverty Bill of Rights” that the veteran lawmaker introduced last summer.

Fudge will also stress her 12 years in Congress advocating for the poor to underscore her credentials to run the $50 billion housing agency, which handles everything from government home loans and housing vouchers to rental assistance programs for low-income people.

“HUD — perhaps more than any other department — exists to serve the most vulnerable people in America,” she will tell the panel at her confirmation hearing. “That mandate matters a great deal to me. It is consistent with my own values, and it is precisely what has always motivated me to service."

Those remarks appear aimed at soothing concerns about her light housing portfolio. Fudge — a member of the House Agriculture Committee who has made protecting and expanding food stamp benefits a focus of her time in Congress — had openly lobbied for the Agriculture secretary nomination before Biden selected Tom Vilsack to return to the role he held throughout the Obama administration.

The abrupt decision to offer her the HUD post instead puzzled Washington and alarmed some housing advocates who feared the administration was giving the department short shrift, given Fudge’s previous lament that Black Cabinet officials are often pigeonholed to the same limited positions. “You know, it's always ‘we want to put the Black person in labor or HUD,’” she told POLITICO in November, less than a month before getting the HUD nod.

The former chairwoman of the Congressional Black Caucus will play up her progressiveness Thursday, in urging lawmakers to step up aid for renters and homeowners during the pandemic and beyond.

HUD will play a key role in the administration’s response to the pandemic, which has caused millions of people to fall behind on rent and mortgage payments; the $25 billion in rental assistance Congress passed last month is “not enough,” Fudge will tell the panel.

Fudge's "Poverty Bill of Rights" resolution listed “accessible, affordable, safe housing” as one of 23 rights of “all Americans to live a life free from poverty and its impacts.”

“That kind of approach to governance will have some Republicans deeply concerned about an activist HUD doing things that are better left to local communities,” the aide said. “You can’t just create a natural right to force somebody else to provide you affordable housing. That’s not a right.”

Fudge will also highlight the Biden administration’s focus on tackling housing segregation, promising to “ensure that our fair housing rules are doing what they are supposed to do.”

Biden on Tuesday signed a memorandum acknowledging the role the federal government has played in perpetuating discriminatory housing policy as part of a slate of four executive actions to promote racial equity.