The West Virginia senator said in a radio interview that he believed the path to D.C. statehood requires a constitutional amendment. 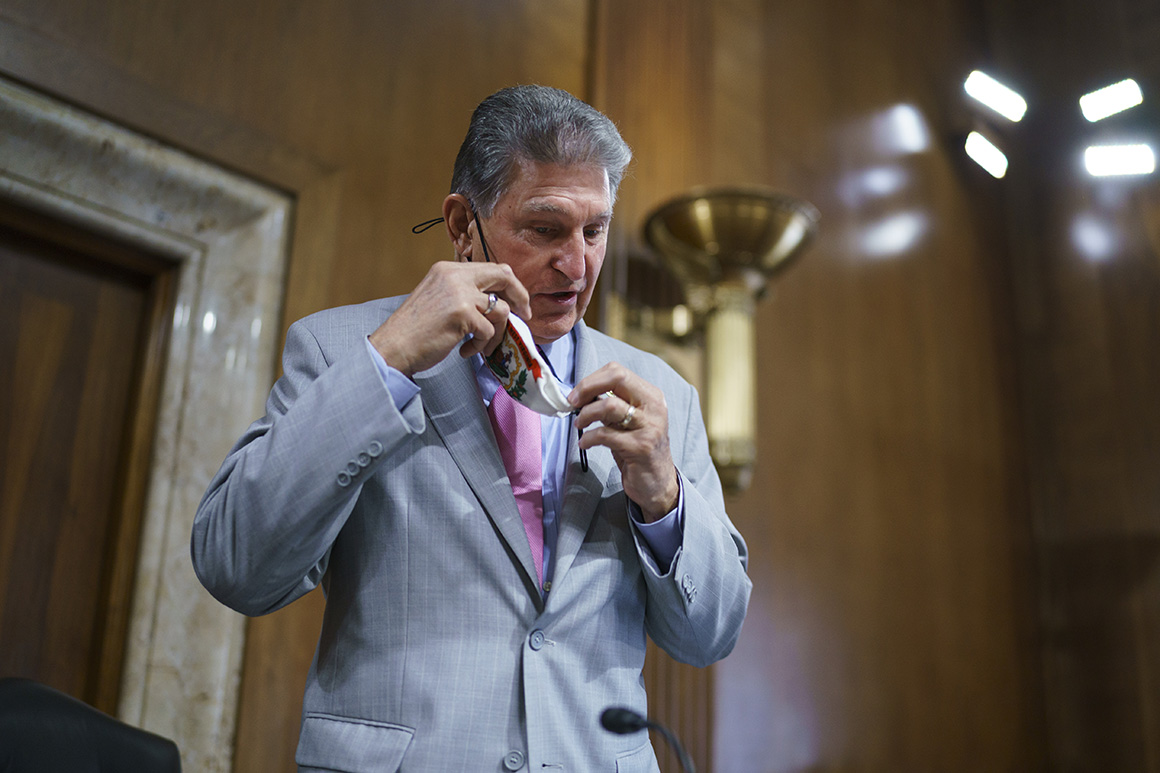 Sen. Joe Manchin on Friday said that he did not support the D.C. statehood bill, a blow to advocates pushing to make it the 51st state after the legislation passed the House last week.

"If Congress wants to make D.C. a state, it should propose a constitutional amendment ... and let the people of America vote," the West Virginia Democrat told Hoppy Kercheval of West Virginia's MetroNews in a radio interview.

Manchin is the first Democratic senator to come out against the D.C. statehood bill, which Republicans are united against, although a small number of Democratic caucus members have not yet publicly backed the bill.

Even though the issue boasts a historic amount of Democratic support in the Senate, it won't succeed without Manchin's support in the closely divided chamber and the existence of the legislative filibuster, which requires 60 votes to pass the legislation.

Some Democrats who support the bill have conceded that it is not a top priority and said they are taking a more pragmatic approach and focusing on issues such as infrastructure.

Before the House voted on the bill last Thursday, which passed 216-208, Manchin had said that he was "still discussing it," adding that he had a lot of other things going on.

In the radio interview, he said that he had since taken a "deep dive" with his staff, looking at conclusions reached by the Justice Department under the Carter and Reagan administrations, as well as comments from then-Attorney General Robert Kennedy. They all determined that D.C. statehood would require a constitutional amendment, he said.

Manchin cited the 23rd Amendment — which granted D.C. residents the right to vote, as well as Electoral College votes — as something that complicates the path to statehood. He added that taking congressional action would likely result in a Supreme Court challenge.

"Every legal scholar has told us that, so why not do it the right way and let the people vote to see if they want to change?" he said.