The West Virginia senators went on CNN to discuss the latest high-priced battle in the chamber. 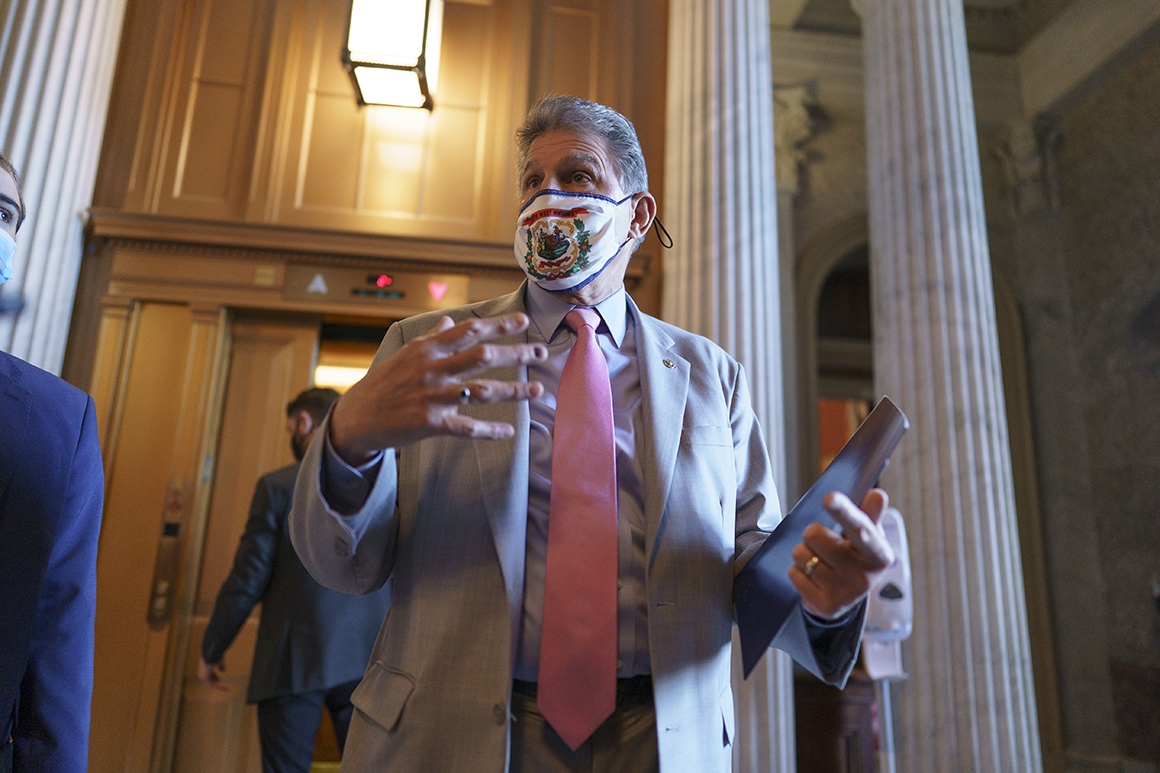 Republicans last week unveiled the proposal, which is about a quarter the size of Biden’s plan, and several Democrats have spoken out against it.

But Manchin told CNN’s Dana Bash on “State of the Union” that the Republican plan is “a good start. It really is, and I'm glad they did it.”

Because it was introduced by Sen. Tom Carper (D-Del.) and Capito, the bill “has bipartisan support,” Manchin said.

Manchin also said he supported the effort to work on “traditional infrastructure,” separately from other issues.

“We just have to look to see if we have gotten everything in there that we need,” he added. “And we will be working on that together. So, I'm very, very pleased with that. And this is the way we start negotiations. And they have put their best foot forward, but it's a starting point. … And it's not the finishing line.”

Capito echoed Manchin’s stance later in the segment, telling Bash that “the president asked for our plan, and we thought it was really important to put a marker in to show what we thought was important, what's going to be the job-creating infrastructure plan, and how much it would be.”

Capito said Republicans are “open” to moving the price tag on their infrastructure plan and that “there's no reason we shouldn't be able to get to an agreed amount at this point.”

Manchin did say he supported some of the other aspects of Biden's plan but just didn't want those things included in the infrastructure plan.

"I do think they should be separated, because, when you start putting so much into one bill, which we call an omnibus bill, makes it very, very difficult for the public to understand," he said.