Trump’s supporters are praising the president for the vaccine while arguing against getting the shot — a preview of the difficulties going into 2021. 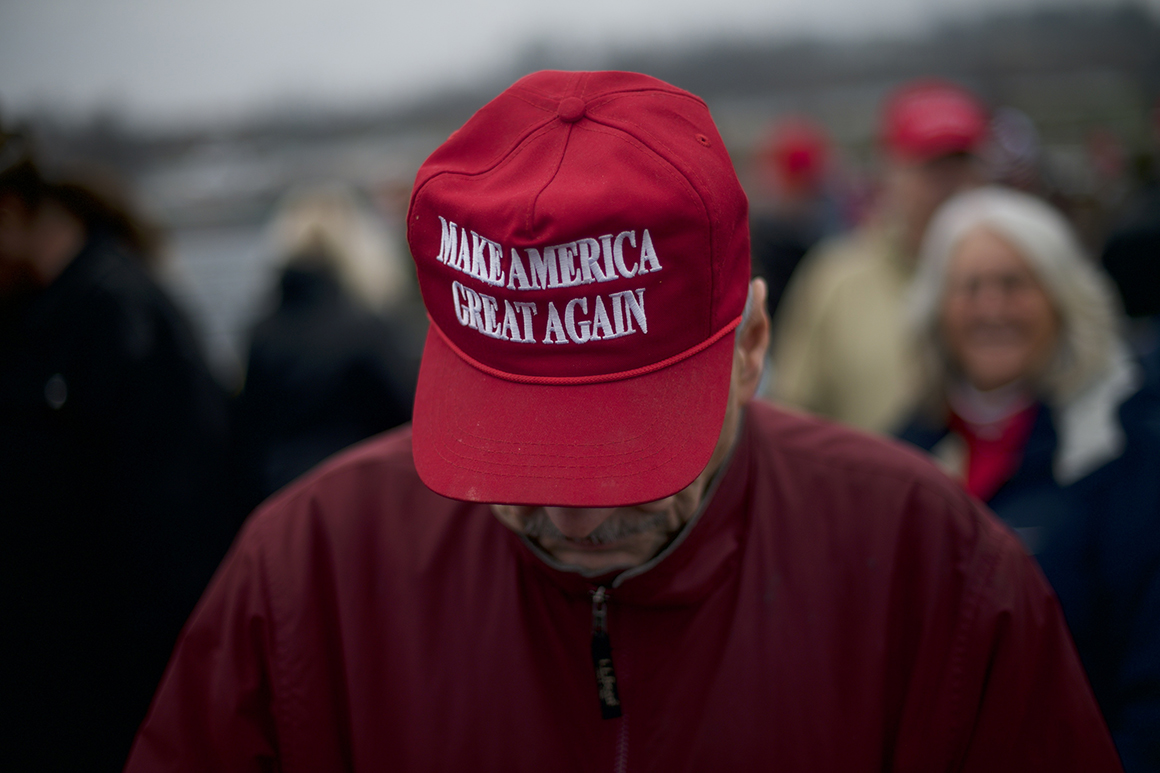 To his die-hard fans, President Donald Trump is a hero for creating the coronavirus vaccines. But that doesn’t mean they want the vaccine — or think others should take it.

They just want Trump to get credit.

Across the far-right, and especially in the conspiratorial corners of MAGA world, Trump’s supporters are finding novel ways to both lavish the president with praise for speeding a Covid vaccine, while arguing against taking the vaccine itself.

Some explanations focus on limiting vaccinations — only high-risk individuals and health care workers should get it, while the rest should simply resume our pre-pandemic lives. Others are reflexively anti-establishment — a vaccine is needed, but the government shouldn’t dictate what we put in our bodies. Others are fantastical — the vaccine is somehow part of an elitist conspiracy to control the world.

And increasingly, the loudest anti-vaccine advocates are high-profile MAGA supporters.

Emerald Robinson, White House correspondent for the pro-Trump television network Newsmax, tweeted this month that people don’t need vaccines, but “the politicians want it for control.” The Gateway Pundit, a pro-Trump news organization that has prompted untrue conspiracy theories, called the prospect of widespread immunizations “creepy.” Senate Republicans allowed a Covid vaccine skeptic to testify last week, and Fox News host Tucker Carlson called the possibility of mandatory Covid vaccination — even though no such dictate is on the table — “a legitimate crisis.”

“You know, Trump, probably 80 percent of your base does not want that vaccine,” said DeAnna Lorraine, a high-profile influencer among the QAnon set, during her Infowars program last week. “They are not willing to take a foreign, rushed substance and jab it into our arms. I don’t care who takes it. I don’t care if Jesus takes it, I’m not taking the vaccine.”

It’s another sign of the logic-twisting ways MAGA nation has handled 2020. And it’s a preview of the difficulties government officials will have in 2021 if vaccine hesitation continues to exist among Trump’s base — especially if the ex-president does little to encourage his supporters to get immunized. While the White House said on Tuesday that Trump has confidence in the vaccine, Trump himself has not committed to taking the vaccine or been particularly vocal about the medical benefits of widespread immunization.

“The people that are worried about the vaccine because of side effects will be reassured as they see people get vaccinated and as more data comes out showing that the vaccine is safe,” said Melanie Kornides, a researcher at the University of Pennsylvania School of Nursing who studies vaccine hesitancy. “But the people that don't believe that a certain political party has their best interests at heart are going to be difficult to convince otherwise.”

MAGA world’s vaccine resistance is a more hard-edged version of a broader wariness among Republicans. A poll released Tuesday from the Kaiser Family Foundation — as people started receiving the first shots across the nation — showed vaccine hesitancy was highest among Republicans, at 42 percent, compared with just 12 percent among Democrats. Overall, 71 percent of respondents said they would probably get the vaccine. Medical officials have said 70 to 80 percent of Americans need the shot to achieve herd immunity.

Driving some of the discrepancy, health experts say, is Trump himself. The president has offered his own contradictory views about the coronavirus — tentatively endorsing mask wearing but rarely wearing one himself, espousing cautious reopening guidelines then immediately imploring states to ignore them.

His views toward vaccines are no exception. As recently as 2015, Trump was publicly questioning whether vaccines caused autism, a debunked theory at the core of the anti-vaccination movement. Later, during the 2016 Republican presidential primaries, Trump told a radio host he’d never taken a flu shot: “I don’t like the idea of injecting bad stuff into your body, which is basically what they do.”

During Trump’s 2020 reelection campaign, however, the president embraced a Covid vaccine. On the stump, he frequently promised a vaccine before the election, and he repeatedly leaned on the FDA to speed up its drug approval process.

READ:  Senate poised to confirm Barrett to the Supreme Court

Since the vaccine’s authorization, though, Trump has not been vocal about explaining why people should take it. He has also not committed to taking the vaccine, something his presidential predecessors — Barack Obama, George W. Bush and Bill Clinton — have pledged to do on television.


On Tuesday, White House press secretary Kayleigh McEnany said Trump was “absolutely open to taking the vaccine,” but indicated he may not get the shot immediately because he recently recovered from Covid.

“He will receive the vaccine if the medical team determines that it's best,” she said, adding Trump "has great confidence in" the new drugs.

But even Trump’s own medical advisers are encouraging him to go further in encouraging people to take the vaccine.

“There's a whole fringe of the population that listens to the president very carefully, and therefore he has an important role,” said Moncef Slaoui, the scientific head of the administration’s initiative to accelerate vaccine development, dubbed Operation Warp Speed, during an interview on CNN. “I know he has been very supportive of the vaccine development, so I hope he will be, of course, as supportive of its usage.”

Anthony Fauci, the government’s top infectious disease specialist, has also encouraged both Trump and President-elect Joe Biden to get vaccinated “as soon as we possibly can.”

Medical professionals said Trump’s actions — or lack thereof — have significant ramifications for his legion of followers, who frequently trust his views over those of public health officials, medical experts and even state and local leadership. When Trump refuses to address an issue, they said, the MAGA crowd often perceives conspiratorial messages.

For instance, Trump’s waffling on social distancing and wearing masks encouraged his followers to view the measures through a political and conspiratorial lens, argued Paul Offit, director of the Vaccine Education Center at the Children’s Hospital of Philadelphia.

READ:  30 Things Donald Trump Did as President You Might Have Missed

However, Offit acknowledged, Operation Warp Speed did have an impact on the quick development of multiple safe vaccines by promoting competition between drug manufacturers and pumping money into the process.

This initial bout of anti-vaccine sentiment, said public health experts, may erode in the coming months as the vaccine is rolled out. With a limited supply of doses available over the next several months, Americans will be able to watch how the initial round of recipients — essential health care workers and nursing home residents — react to the vaccine.

“You're going to have a lot of other safety information before this even gets to tier two or tier three [of essential workers], and then eventually to the general population,” said Offit. This, he said, should reassure people — “assuming that they use reason and logic to make decisions.”

But politicians, said Kornides, the vaccine hesitancy researcher, have an equally important role to play. And Trump can emphasize to his followers that it was developed under his watch — and thus safe.

“This vaccine was brought out under the Trump administration, so to say that they don't want to get it because another party is in office is just really — it doesn't make sense,” she said.

Yet a strain of vaccine resistance is likely to remain, especially as businesses reopen and consider requiring employee vaccinations or proof of vaccination to go to work. MAGA is already ready for that situation.

“Tell me how Voter ID is oppressive but a Covid vaccine ID that grants you access to certain spaces isn’t,” tweeted conservative commentator Allie Beth Stuckey.