The Wyoming congresswoman said she votes in favor of Trump’s legislative priorities “something like 97 percent of the time.” 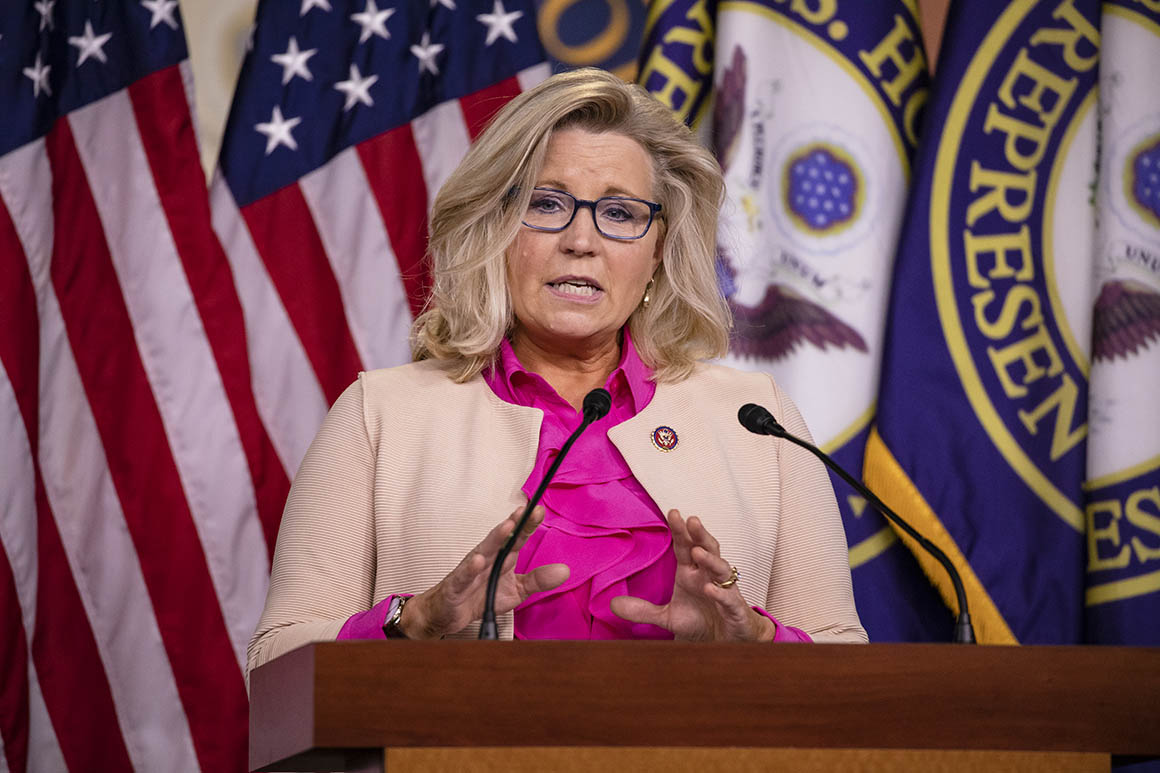 Rep. Liz Cheney, the third-ranking House Republican, defended herself Wednesday against criticism from her conservative colleagues that she was not sufficiently supportive of President Donald Trump.

In an interview on “Fox & Friends,” the Wyoming congresswoman said she votes in favor of Trump’s legislative priorities “something like 97 percent of the time,” but acknowledged “there are areas — they tend to be on national security — where we don’t always agree.”

“I find, in my experience, the president appreciates people who are direct, people who explain what they think,” she said. “But I think most of the time, far more of the time we agree than we disagree.”

Cheney has grown increasingly vocal in her opposition to some actions by the Trump administration in recent weeks, challenging the president on his foreign policy and management of the coronavirus pandemic.

Last month, amid controversy over Trump’s knowledge of reported Russian bounties on American troops in Afghanistan, Cheney openly questioned whether the president was briefed on the alleged intelligence and demanded a more aggressive posture toward the Kremlin.

Those high-profile breaks with the White House became the flashpoint of a heated House Republican conference meeting Tuesday, when members of the arch-conservative House Freedom Caucus and others assailed Cheney for not backing the president more often.

The GOP infighting spilled into public view later in the day after Rep. Matt Gaetz, a close ally of the president, tweeted that “House Republicans deserve better as our Conference Chair,” demanding: “Liz Cheney should step down or be removed.”

Cheney, the most senior female lawmaker in House Republican leadership, was largely dismissive of the intraparty dispute Wednesday, instead emphasizing the importance of reelecting Trump and denying Democrats majorities in the House and Senate in November’s general election.

“Whether or not we have debates and discussions internally — as I’m sure we continue, we will continue to do — we are going to be absolutely united going forward on the big issues, and I’m not going any place,” she said.

Rep. Jim Jordan (R-Ohio), one of Trump’s fiercest congressional allies who attacked Cheney during Tuesday’s conference meeting, declined to discuss the details of their behind-closed-doors feud Wednesday on “Fox & Friends.”

“We’ve got 103 days until the election. I’m focused on making sure President Trump gets reelected,” he said, adding: “I don't talk about what happens in Republican conferences.”

Jordan did, however, speak positively of Gaetz after being asked to comment on the congressman’s call for Cheney to leave her post as Republican conference chair.

When co-host Steve Doocy noted that Cheney “kept talking about how important it was to reelect Mr. Trump” during her appearance earlier in the program, Jordan raised his eyebrows and interjected: “That’s good.”