A bipartisan proposal by Sens. Steve Daines and Cory Booker would make $50 billion in grants available for the smallest businesses and nonprofits. 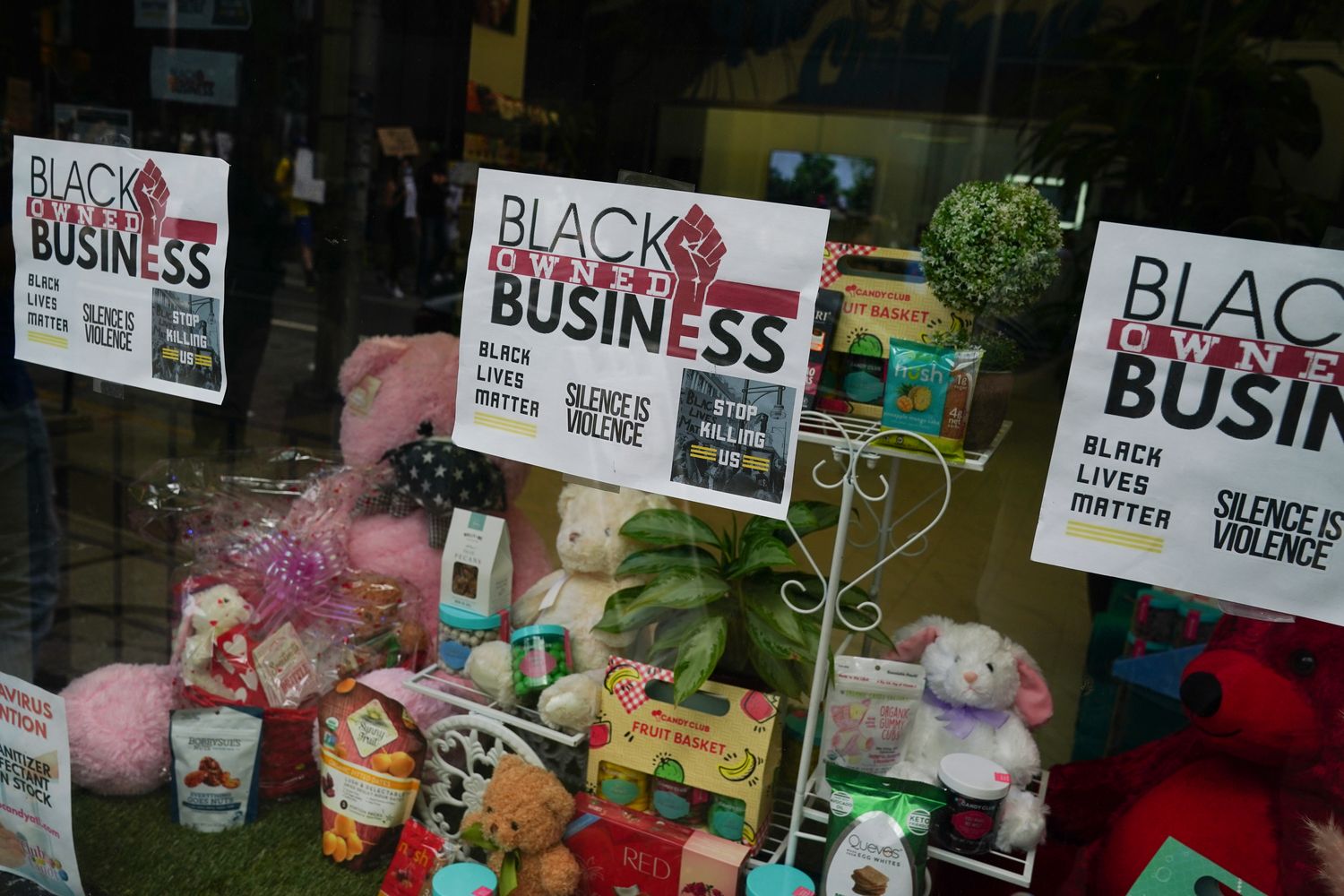 Lawmakers negotiating the next small-business rescue package are facing mounting pressure to direct more aid to minority employers who are hurting the most during the pandemic but have struggled to access hundreds of billions of federal dollars unleashed since March.

Business groups and consumer advocates are lobbying Congress to rethink a model that has leaned heavily on distributing funds via private lenders because of concerns that the smallest businesses lack relationships with traditional banks.

A bipartisan proposal by Sens. Steve Daines (R-Mont.) and Cory Booker (D-N.J.) — backed by the U.S. Chamber of Commerce — would make $50 billion in grants available to state and local governments for the smallest businesses and nonprofits.

And Senate Small Business Chair Marco Rubio (R-Fla.) is floating new ways to aim funds at the hardest-hit businesses. The expected revamp of the Paycheck Protection Program — the $670 billion effort Congress created to rush forgivable loans to millions of small businesses — is likely to still rely on banks. But Rubio has circulated plans to target long-term loans at businesses that make most of their money in low-income communities and to set aside $25 billion for those with 10 or fewer employees.

“It’s not as simple as just keeping the lights on for the PPP forever,” said Thomas Sullivan, vice president of small business policy at the Chamber of Commerce. “There really does need to be an emphasis toward the underbanked.”

The drive has taken on greater urgency in recent weeks as economic data and surveys have revealed that Black business owners in particular have been disproportionately devastated by the coronavirus recession. The trend holds damaging long-term implications for minority communities as the U.S. moves into what is likely to be an uneven economic recovery.

One widely cited economic analysis showed that Black-owned businesses were slammed the most by Covid-19, with the number of owners plunging by 41 percent from February to April. Research by the JPMorgan Chase Institute showed cash balances for Black businesses were down by 26 percent at the end of March from a year earlier, compared with a 12 percent decline for all firms.

Left unaddressed, the ripple effects of a wave of closures would be significant. Black-owned businesses are more likely to hire Black workers, offering a crucial source of jobs for a population whose unemployment rate has historically been roughly double that of white Americans, even in a strong economy.

They are also more likely to be located in majority-Black communities, helping boost property values for homes and businesses there. A disproportionate loss of Black-owned businesses could also widen the already staggering racial wealth gap in the country, where the average white family has 10 times greater net worth than the average Black family.


As a huge proportion of Black-owned businesses are forced to close, “what wealth is there now to transfer on?” said Gary Hoover, editor of the Journal of Economics, Race, and Policy and an economics professor at the University of Oklahoma. “I’ve got a higher unemployment rate in this community. Now I’ve got lower property values in this community. I’ve got less wealth in this community. Things are just continual.”

Advocates argue that the Paycheck Protection Program failed to fully address the problem, in part because it was structured to favor borrowers who have ongoing ties to banks, which businesses owned by people of color are less likely to have.

"We got off to a bad start for the underserved communities," Sen. Ben Cardin of Maryland, the top Democrat on the Senate Small Business Committee, said in an interview.

Montee Holland, president and CEO of a high-fashion dress suit brand called the Tayion Collection, said he was initially rejected for a PPP loan and then struggled to get approved for another.

The Michigan-based designer said he has managed to pay his rent and bills by selling the suits he had in stock directly to consumers online. But without assistance or a major change in the retail landscape, he expects to be able to last only six to eight more months.

READ:  ‘I’d be pretty pissed off’: Meadows angers staff as he cozies up to Trump

"To say that it's been tough is the understatement of the century,” he said.

Congress has tried to close the gaps, but advocates say more can be done.

After overwhelming demand for the Paycheck Protection Program exhausted its initial funding by mid-April, Congress passed a second, $320 billion appropriation that set aside money for the smallest lenders. Some of those funds went to lenders whose mission is working with disadvantaged communities.

In response to calls to target the funding even further, the Trump administration allocated $10 billion for so-called community development financial institutions, which focus on low-income areas.

And just days before the Paycheck Protection Program was set to close to applications — Congress has since agreed to extend it — the Trump administration loosened some restrictions on borrowers with criminal records after facing lawsuits and political pressure from Democrats and Republicans.

The last-minute change gave Altimont Wilks time to secure a loan to help his businesses in Hagerstown, Md. A federal judge last week ordered the Small Business Administration to reserve funding for Wilks once the program shut down. Wilks was initially barred from the program because of a 2004 felony conviction.

"You hear the stories, but to live it, to be that ‘African American disadvantaged minority business owner’ — imagine being that disadvantaged owner with a criminal record, during a time when unemployment is going sky high not just for African Americans but for everyone," Wilks said in an interview.

Economists have criticized the time it took to make the funds more widely available, saying some minority-owned businesses could not survive long enough even to apply for the second round of aid.

“Just the weeks that went by between those time periods could be the difference between the life and death of a business," said Henry McKoy, director of entrepreneurship at North Carolina Central University’s business school.

One idea floated by consumer advocates is guaranteeing that lenders receive a minimum origination fee when they make the smallest loans.

Rep. Dan Kildee (D-Mich.), who is sponsoring the legislation that would create a $50 billion grant program for businesses and nonprofits with up to 20 or 50 employees, said the smallest businesses were at high risk of not getting help under the PPP model.

“These are really small businesses for which the machinations of going through loan underwriting and then loan forgiveness are just completely unnecessary,” he said of his legislation with Daines and Booker. “Very often these are women, minority-owned or veteran-owned businesses.”

One problem that Congress faces in targeting the aid is the lack of data provided by the Trump administration on the loans. The SBA has only just agreed to disclose loan recipients to Congress and the public, but the agency did not collect demographic information in the PPP application.

But based on some of the alarming anecdotal information available, lawmakers are near agreement on ways to try to direct funds to the hardest-hit minority businesses.

"We did better as the program went along. What the final result is, we don't know yet,” Cardin said in an interview. “The good news is both Senator Rubio and I believe we need to target funds to the underbanked and underserved communities.”