Progress on the commission to investigate the Capitol riot stalled for months amid partisan sniping and disagreements about the scope of the commission’s focus. 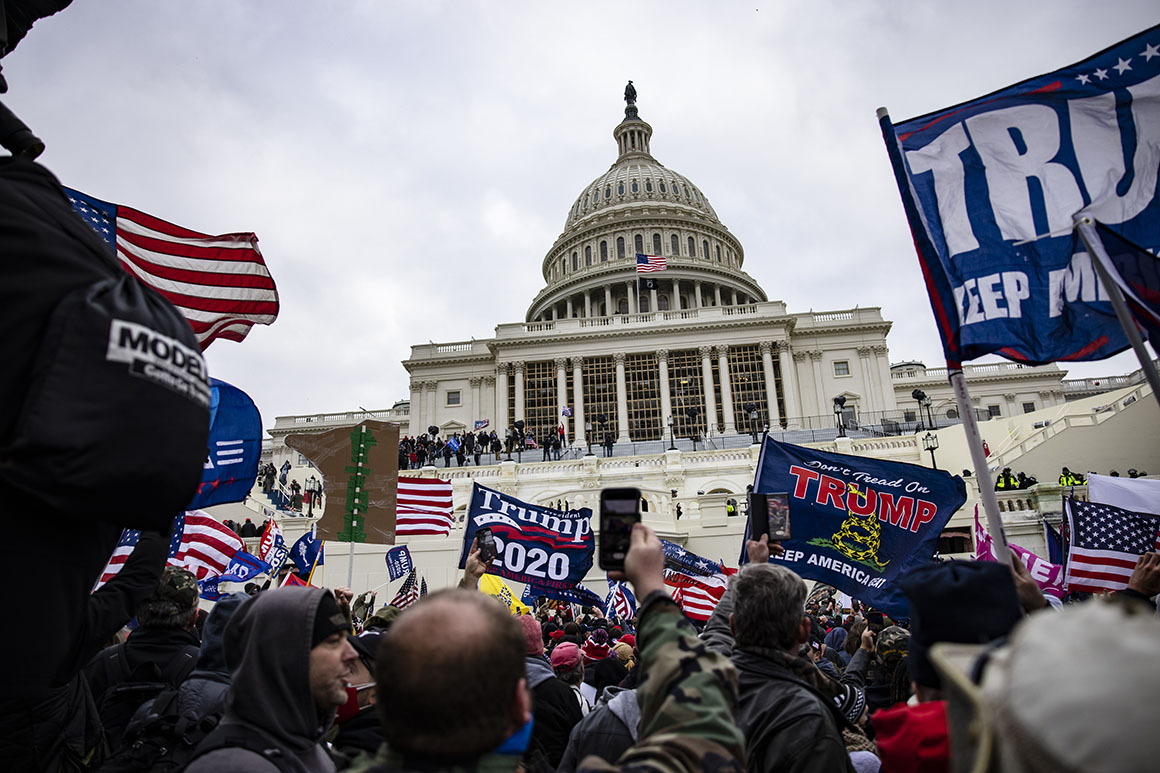 House Democrats on Friday announced plans to create a bipartisan commission to investigate the Jan. 6 insurrection at the Capitol, though it doesn’t yet have the backing of the chamber’s top Republican.

Gridlock over the bill's provisions and partisan sniping had stalled progress on the commission for months after the attack. And while House Minority Leader Kevin McCarthy said Friday he hadn’t formally signed off on the agreement, the deal announced Friday by House Homeland Security Committee Chair Bennie Thompson (D-Miss.) and ranking member John Katko (R-N.Y.) does include some key concessions to Republicans.

The bill could come to the floor “as soon as next week,” Speaker Nancy Pelosi announced Friday, noting that the panel is modeled after a bipartisan study of events leading up to the Sept. 11 terrorist attacks. That floor vote will likely be followed by a long-awaited emergency funding bill to address security flaws within the Capitol that the siege exposed.

“It is imperative that we seek the truth of what happened on January 6 with an independent, bipartisan 9/11-type Commission to examine and report upon the facts, causes and security relating to the terrorist mob attack,” Pelosi said in a statement.

McCarthy and other Republicans had wanted the commission to investigate left-wing violence, but its focus will be limited to the Jan. 6 attack and factors leading up to it.

READ:  Christie getting retested for coronavirus after helping Trump prepare for debate

The GOP leader told reporters Friday morning that he hadn’t seen details of the agreement, and therefore hasn’t formally signed off, reiterating that he doesn’t want the commission to only focus on the Jan. 6 siege.

“I know Nancy Pelosi played politics with this for a number of months. You've got to look at the build-up before, and what’s been going on after,” McCarthy said.

Katko, who led negotiations for the Republicans, was one of several GOP lawmakers who immediately pushed for this type of commission to learn how the mob was able to storm the Capitol. The New York Republican was also one of 10 House GOP lawmakers who voted to impeach Trump for his role in the attack.

Democrats can still proceed without McCarthy’s explicit backing, as several other House Republicans — including those who voted for impeachment — are expected to back it on the floor.

"Inaction — or just moving on — is simply not an option. The creation of this commission is our way of taking responsibility for protecting the U.S. Capitol," Thompson said in a statement.

Pelosi first announced plans for a commission in February, but Democrats and Republicans have spent months negotiating on the terms. The two parties had clashed repeatedly on what that commission should look like, from the makeup of its membership to subpoena power to whether it should expand the scope beyond Jan. 6.

Two decades ago, the exhaustive findings of the Sept. 11 commission became the basis for government-wide reforms in response to Al Qaeda’s 2001 attack on the World Trade Center and Pentagon. But the appetite for such reforms after the Capitol attack in Congress is more complicated, with many GOP lawmakers lining up behind Trump and some now downplaying the violence at the Capitol that day. One lawmaker, Rep. Andrew Clyde (R-Ga.), this week compared the mob’s behavior to “a tourist visit.”

The House Rules Committee also scheduled a meeting on a bill providing funding for security around the Capitol on Tuesday, though the text of that legislation was not yet available.

Melanie Zanona contributed to this report.