SACRAMENTO — Los Angeles Unified Superintendent Austin Beutner is calling on state and local health officials to immediately allow the district to turn its more than 1,400 schools into Covid-19 vaccination sites, focusing on shots for teachers and sc… 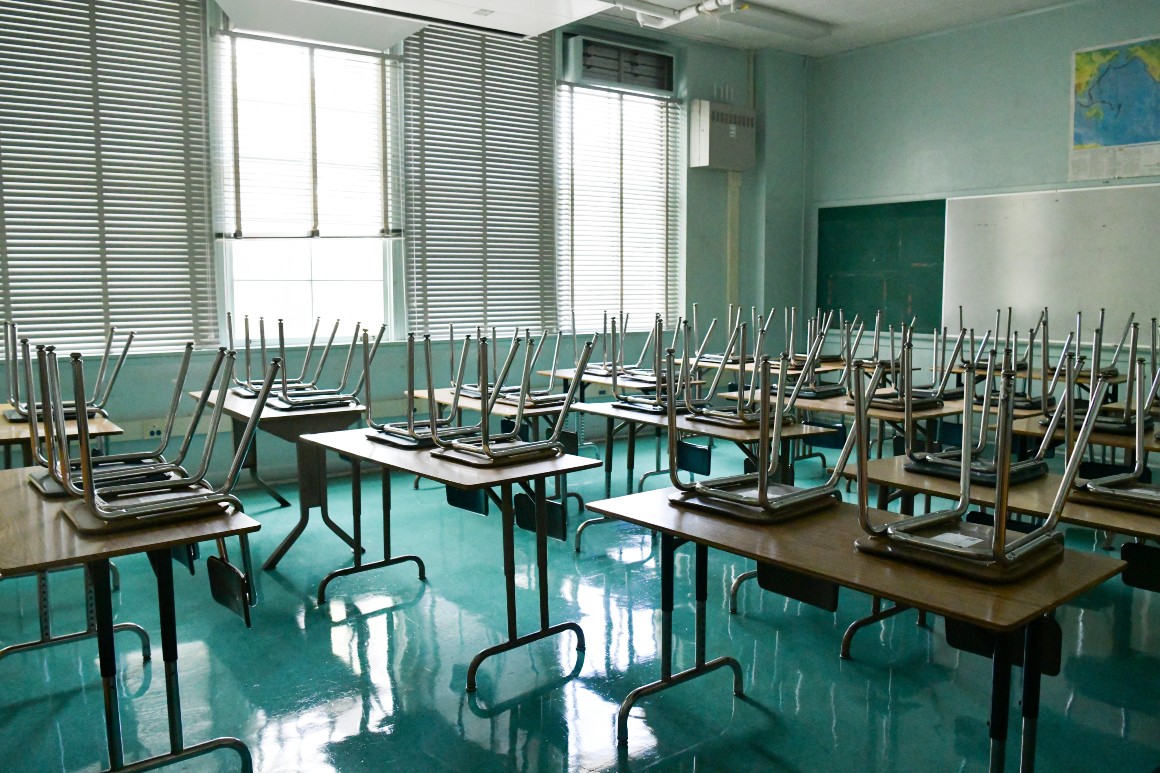 SACRAMENTO — Los Angeles Unified Superintendent Austin Beutner is calling on state and local health officials to immediately allow the district to turn its more than 1,400 schools into Covid-19 vaccination sites, focusing on shots for teachers and school staff in what would become California's biggest education vaccine push.

California has prioritized teachers among vaccine recipients but left distribution up to counties, and there is no large-scale effort yet to inoculate school employees in the state. Gov. Gavin Newsom altered the state's vaccine course Wednesday when he announced residents 65 years and older could receive shots in a bid to accelerate vaccinations and protect a high-risk population.

It's unclear, however, when the bulk of the state's 300,000-plus teachers will have access. After Newsom paved the way for seniors, vaccinators began making appointments for older residents, but most have not yet allowed teachers or other non-health essential workers to get in line.

Beutner asked in a Monday letter to California Health and Human Services Secretary Mark Ghaly and Los Angeles County Public Health Director Barbara Ferrer to immediately authorize his school system — the second largest in the U.S. — to vaccinate its teachers and school staff.

"This will not only protect the health and safety of our essential employees but will provide enormous benefit to children and their families, leading to a faster reopening of schools and of the economy more broadly by enabling the working families we serve to go back to work," Beutner said in the letter.

California's 6 million schoolchildren have remained in distance learning for nearly a year, and it is becoming increasingly likely that teachers unions will demand their members receive vaccines before they return to classrooms. Unions and large districts alike — including LAUSD — have balked so far at Newsom's school reopening proposal that provides $2 billion in additional funding for districts that bring students back. They have said that infection rates remain too high in most of the state to consider a return, while they have blamed the governor for changing the definition of what conditions are safe enough for schools to reopen.

READ:  How a drawn-out election fight could hamper a Biden transition

Teachers are included in the state's Phase 1B vaccine phase, along with public safety personnel and food industry workers. But California only has 3.2 million doses in the state, not nearly enough to serve all health care workers, nursing home residents and staff, and the seniors newly qualified to receive them.

Some counties, such as Los Angeles, have opened large vaccination stations, including one touted by Newsom and Mayor Eric Garcetti on Friday at Dodger Stadium. But Los Angeles County right now is behind others in vaccinating health care workers and has said the stadium distribution will focus on them for the time being.

LAUSD, which has nearly 600,000 students, has the capability and infrastructure to handle such an undertaking, Beutner assured public health officials in the letter. The school district has already launched its own Covid-19 testing and contact tracing program and has established school-based health clinics in high-need areas. The district's more than 450 registered nurses and 120 licensed vocational nurses would administer the vaccine.

The district has already ordered freezers and refrigerators for vaccine storage and could get started as soon as Feb. 1 if they get the green light, according to Beutner.

"I'm not so sure that asking an elderly person to drive across town to sit in the car for three hours is necessarily the best way to serve the needs of that individual," Beutner told POLITICO in an interview, pointing to the potential for long lines at Dodger Stadium and other sites. "We're ready to go. We have all of the capabilities and are probably one of the more trusted organizations in a family's life. If the goal is ultimately to see as much of society vaccinated as possible, let us help."

READ:  Prosecutor who withdrew from Roger Stone case to testify about DOJ

Beutner also voiced frustration that teachers in other districts in California, such as in Long Beach and Ventura County, and other states have begun vaccinating school staff or will start in February.

"Part of it is a little bit of a frustration with LA County, but a part of it is, 'Let's not let it go to waste,'" Beutner said. "There are unused doses of the vaccine. Let's get them in the shoulders of those that work in the schools as soon as we can. Why wouldn't we?"

Beutner has been a vocal critic of Newsom's school reopening plan, which would offer extra money to school districts willing to reopen to elementary students starting next month. Beutner and other superintendents of big, urban districts say the plan doesn't take into account the communities they serve. Los Angeles is the "epicenter" of the coronavirus, Beutner said, and the school district enrolls many at-risk students who are more likely to live in ZIP codes facing higher virus rates.

Newsom's plan has regulations based on community case rates that prevent most of the state's big districts from qualifying for the funding. When asked if teacher vaccinations would be enough to reopen schools in the state's largest district, Beutner said "it's an 'and,'" not a full solution.

"The state needs to send in the cavalry to help lower the rate of Covid, in particular in lower-income communities," he said. "That hasn't happened... I don't have a Covid crystal ball. But we'll be ready."