The congresswoman raises the question after Caitlyn Jenner announces a run for office. 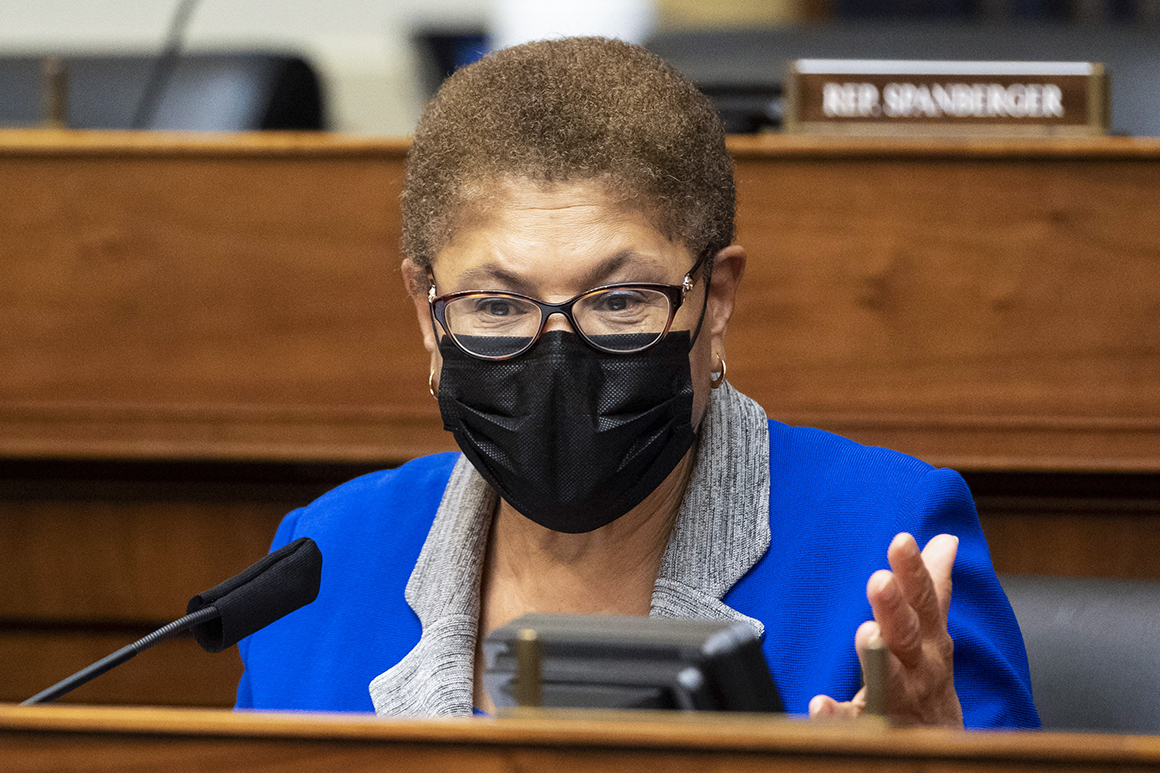 Rep. Karen Bass on Sunday criticized the effort to recall Gavin Newsom, California’s Democratic governor, questioning whether Republicans in the state would vote for a transgender candidate given that their party has advanced anti-trans legislation in various state legislatures.

Newsom is fighting a recall this year from Republicans and other opponents of his public health restrictions. Former Olympic gold medalist and reality TV star Caitlyn Jenner, a Republican, announced a run to replace him earlier this month.

“Considering all of the anti-trans legislation around the country that Republicans have put forward, I have a hard time imagining that Republicans are going to vote for a trans, a Republican trans candidate for governor,” Bass (D-Calif.) said on ABC’s “This Week.”

Bass called the effort to remove Newsom “ridiculous” and a waste of taxpayer money, noting that California voters were already scheduled to head to the polls for a gubernatorial election next year.

“If people are mad with the governor, he is up for reelection next year,” she said. “That’s where their focus should be. Not on a recall.”

Lawmakers in more than half of all state legislatures introduced bills during their current sessions that prohibit transgender athletes from participating in sports consistent with their gender identity.

Asked by host George Stephanopoulos whether she thought Jenner’s campaign was a stunt, Bass said she wasn’t sure.

“Whatever it is, though, you know, she is getting a lot of publicity,” she said. “Maybe that’s helpful, but it’s certainly not helpful to the state of California.”